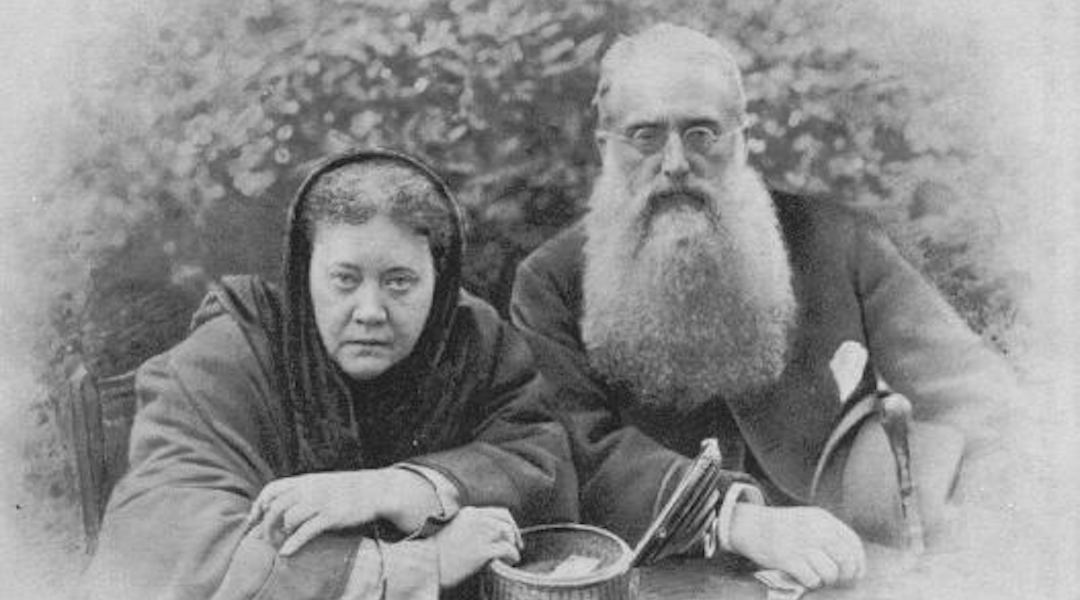 Helena Blavatsky and Henry Olcott, two of the founders of the Theosophist movement. (Wikimedia Commons)
See Original Daily Bulletin From This Date
Advertisement

A new Jewish sect of theosophists with headquarters at Adyar, India, has come into existence, it is learned here from literature diseminated by the sect.

The organization, which is a branch of the theosophist movement, bears the name of Association of Hebrew Theosophists.

The Association was formed in July of last year. It is further announced that “at the headquarters of the Theosophical Society at Adyar, the foundation-stone has been laid of a Synagogue that is to take its place among the Places of Worship belonging to all the Great Religions of the World.

“Some of these have already been built. Jews are urged to subscribe towards the Synagogue so that they will be represented in this Centre wherein Members of all the Great Faiths will meet together in a spirit of harmony, tolerance, and goodwill, thus creating a Symbol to the World of the underlying Unity and Brotherhood of Religions and of all mankind.”

The general Jewish branch of Theosophists was formed a year ago at Adyar, India, the headquarters of the movement. Among the Jews who joined were G. Polak of Brussels, President; G. H. Peretz, Egypt, as Treasurer and S. Cohne of Adyar, Secretary. An American section was afterwards formed, of which Henry C. Samuels of Seattle, Washington, became President.

Mrs. Annie Besant, in the Course of her address of welcome to the Hebrew Theosophists, said:

“I am very glad to welcome the association; it would indeed be splendid if some of the nation which ignorantly rejected the World-Teacher when He came to them, using the body of a Jewish disciple as His vehicle, should welcome Him on His return two thousand years later. Who knows what Word He may have for the ancient people to whom He came on His previous visit, when He manifested Himself in Palestine? Will He lift them up again among the nations of the world? St. Paul looked forward to such a revival of his people. and likened it to “life from the dead”.

A drive for a quota of $20,000 in the United Palestine Appeal was launched last night in Dallas, Texas. Rabbi A. Bengis of Fort Worth, was the principal speaker at the meeting in the Jefferson Hotel marking the opening of the campaign.