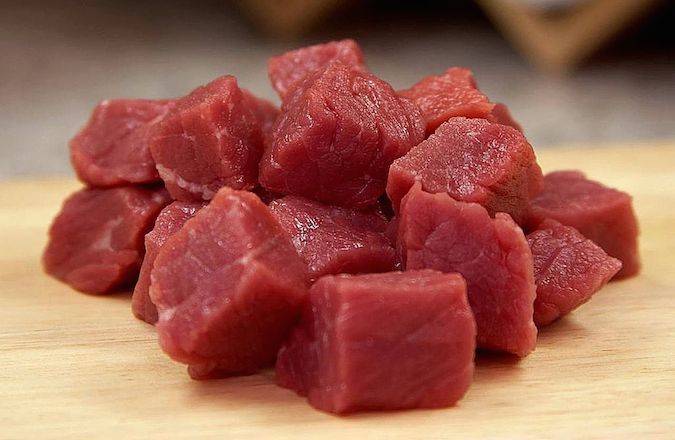 A man the Soviets claimed knew too much about meat arrived in New York last Thursday after waiting more than 12 years for an exit visa.

Lev Blitshtein stepped off TWA Flight 703 from Vienna at Kennedy Airport here and, to the joyous strains of a klezmer band, fell into a bear hug with his family, who have been living in the New York area since 1976.

Blitshtein was accompanied by his 80-year-old mother, Polina (Pesya) Froimovna, who had refused to leave her son despite her receipt of a visa in 1980.

Because of his alleged possession of “state secrets,” the former chief administrator in the Soviet Ministry of the Meat and Dairy Industry was denied permission to emigrate 25 times, beginning in 1974. To his surprise, he was told he could leave on January 23.

But in order to allow his wife Buma to emigrate with their children Boris and Galina, the Blitshteins followed the advice of Soviet emigration authorities and were divorced in 1975.

Since early 1976, Buma, Boris and Galina have lived in Queens, NY. Boris married Helena, his childhood sweetheart, in 1978 after her arrival in the U.S. Galina was married the following week to Vadim Barshai. Boris and Helena recently moved to Manalapan, N.J.

The arrival party, including the band, was mounted by the Long Island Committee for Soviet Jewry. Lynn Singer, LICSJ executive director, has worked for 12 years toward Blitshtein’s release. “There’s no way to describe this, really,” she told the Jewish Telegraphic Agency. “It has been a Herculean task, like climbing Mt. Everest and being pushed back down repeatedly.”

As Blitshtein entered the arrivals area, he was encircled by about 50 people, including family, friends and reporters. Clutching a small American flag, Blitshtein tearfully scooped up the three beautiful grandchildren he had never seen — Galina and Vadim’s son, David, 8, and Boris and Helena’s children, Marsha, 6, and Allan, 2. A large welcoming banner was held aloft.

The two mothers-in-law, both 80, fell tightly into each other’s arms, crying, and speaking to each other in Yiddish. Buma’s mother, Mindl Schreiman, has been living here since 1979.

As she awaited her husband’s arrival, Buma Blitshtein told the JTA that she and her husband never thought it would take 12 years for him to be allowed to emigrate. When they were separated, Soviet emigration authorities promised, she said, that Lev would follow her within a year.

“In my heart, we were never divorced,” she declared.

Later, Lev Blitshtein said he was anticipating a “chuppah” (Jewish wedding) to re-establish the marriage bonds that, he, too, had never felt to be sundered.

Asked why she had chosen to live in the United States rather than Israel, Buma said that in America she had a better opportunity to publicize her husband’s plight worldwide. Also, she said, they had fewer relatives living in Israel.

Soviet Jewry activists in the crowd said that Boris was a “hero. He traveled all over the world to talk about his father.”

Blitshtein told reporters at the arrivals terminal that he was “very excited to come here. I didn’t dream that this year I would be reunited with my family.” But, he added, “My heart was broken a week ago when I left Moscow Airport. I left 100 of my best friends who are refuseniks for over 10 years.”

Blitshtein said that those who are being allowed to leave now are “people who were stopped in 1979 because of the Afghan War.” He feared for those who were refused prior to that time, those who “possess secrets.”

He wished to emphasize the plight of those whose children are of military draft age, whose army careers would then hinder all members of their family from emigrating.

Blitshtein spoke specifically about two Moscow refuseniks whose courage and outspokenness have cost them dearly. Natasha Khassina is known as a “guardian angel” in refusenik and Prisoner of Conscience circles. An observant Jew, she has been beaten and, said Blitshtein, she is followed everywhere by the KGB.

In December, she was given what the Soviets called a “final refusal” and told she would not be permitted to reapply to emigrate. Blitshtein said Khassina was told that her daughter would receive permission to leave but was then refused because her mother had access to “state secrets” 18 years ago.

Natalia Bekhman was severely beaten preceding a recent demonstration on behalf of then-prisoner Iosif Begun. She was not a participant, Blitshtein stressed, but had come only to observe.

SAID FIRST TO LEAVE WITH SECRETS

Blitshtein stressed that “the pressure from the West is important” to the refuseniks. “I am only the first known man who comes here who has so-called secrets.” Blitshtein said. “But nobody else with these ‘secrets’ has received permission and will come this year or the next.”

Soviet leader Mikhail Gorbachev’s “glasnost,” said Blitshtein, “is a big show,” because Gorbachev hasn’t closed the book on the statute of limitations on having “secrets.”

The Soviets hold refuseniks, said Blitshtein, “not because they have secrets but because there’s something we can exchange. Your pressure is valuable.” Blitshtein said he encourages Westerners to write and visit refuseniks.

Blitshtein said he had met many American Congressmen and other Western visitors, many of whom were present at his arrival. Everyone who had heard about his profession and his purported “meat secrets” laughed, he said.

But the redhead added in the fine English he said he gleaned from all his American visitors in Moscow, “When I met people from the U.S., I did the same thing: I began to laugh. If someone in the underground is laughing, it’s a refusenik.”