Panel Finds ‘No Proof’ Waldheim Committed War Crimes, but Says He Lied About His War Record 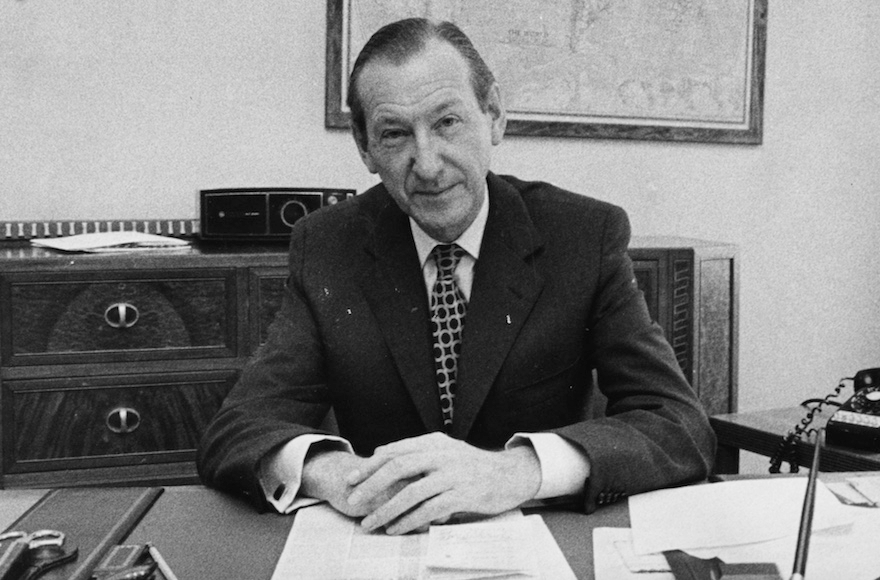 An international commission of historians has found “no proof” that Kurt Waldheim committed war crimes, according to the 200-page report it submitted to Chancellor Franz Vranitzky here Monday night.

But the Austrian president was far from an innocent bystander when he served as a lieutenant in the German army occupying the Balkans in World War II, according to several members of the panel who commented on the text of the report before it was made public.

The historians’ report originally was scheduled to be released Monday, but some news reports late in the day said the Austrian Foreign Ministry suppressed the report at the last minute. The ministry obtained an advance summary of the document on Sunday.

The report was later released, but only after the historians reportedly complied with a demand from the Foreign Ministry to excise references to the Austrian president’s “moral guilt.”

According to the news reports, Waldheim himself was briefed about the contents of both the original and the revised reports prior to the final version’s release.

The commission was set up by the Austrian government last year to examine Waldheim’s wartime record in light of charges that he was implicated in the deportation of Greek Jews and others and in atrocities committed against Yugoslav civilians and resistance fighters.

The head of the panel, Swiss military historian Rudolf Kurz, announced Monday that the commission found no proof that Waldheim personally took part in war crimes, but charged that the Austrian president concealed and “even lied” about his wartime activities.

The leaders of Austria’s Socialist-Conservative coalition government each had different reactions to the report. Vranitzky, leader of the Socialist Party, said he was deeply concerned by the findings.

He said that while the panel found no personal guilt, its report contained some very critical passages about the Austrian president’s military service.

Foreign Minister Alois Mock, who is vice chancellor and chairman of the conservative Peoples Party, stressed the fact that Waldheim was absolved of personal guilt. He said that while there were some remarks critical of the president, the commission’s mandate had been solely to determine guilt or innocence of war crimes.

Another member, Jan van Welkhuizen of Belgium, said in a French television interview that he believed Waldheim played a significant role in the Wehrmacht’s action, which resulted in the deportation of about 63,000 Yugoslav civilians, including 23,000 children.

“The report will not be a whitewash and at the president’s (Waldheim’s) office, they will not be very happy about it,” said van Welkhuizen.

He said the commission’s findings consist of a “series of mosaics,” not a single report. Observers here said, in that case, Waldheim will be able to stress whatever he finds useful to his case.

A summary of the final paragraphs of the report, obtained by the Austrian Press Agency, reflects a degree of ambiguity on the part of its authors or possibly pressure by the Foreign Ministry to soften or generalize the language.

It states at one point that “a certain guilt may arise” from “sheer knowledge about the violation of human rights” if “the person in question, be it because of a lack of strength or courage, violates his human duty to stand up to injustice.”

Later on, however, the report seems almost to absolve Waldheim, saying he had “only modest means at his disposal for resistance against injustice.”

“For a young member of the staff, the practical possibilities of acting against the orders are very limited and with all probability would have had hardly an effect. His means would have had to be restricted to protests or to a practical denial of his cooperation,” the report says.

NO PLANS TO RESIGN

Waldheim’s spokesman, Jerold Christian, said Monday “the president will not resign whatever the results of (the commission’s) findings.”

Sources close to Waldheim told Austrian Radio that his decision not to resign “whatever the findings” was bolstered by a public opinion poll taken last week. The poll found that 72 percent of the respondents believed he should stay in office, regardless of the commission’s conclusions.

The poll showed that among members of Waldheim’s People’s Party, 92 percent favored his remaining in office.

Waldheim, who served two terms as secretary general of the United Nations, was elected president of Austria in June 1986.

The first revelations of his Nazi past surfaced during the election campaign in evidence presented by the World Jewish Congress and other Jewish groups.

Evidence continued to mount from many other sources. Despite Waldheim’s vociferous denials, he was forced to admit that for 40 years he had concealed his wartime service.

His name, in fact, appears on the list of 40,000 suspected Nazi war criminals compiled by the Allied War Crimes Commission during and directly after the war.

The War Crimes Commission turned its list over to the United Nations in 1947. The war crimes files remained accessible only to the governments of U.N. member states until late last year, when, at the urging of Israel, they were opened to the public.