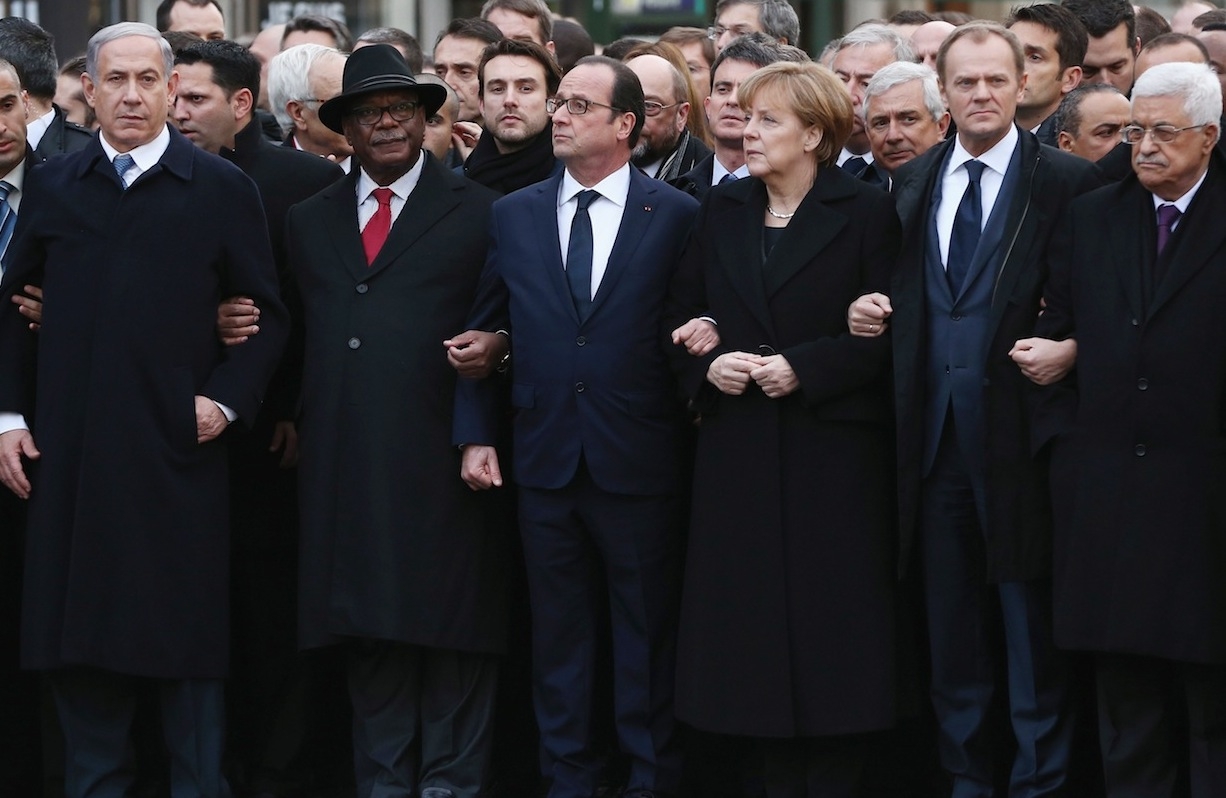 JERUSALEM (JTA) — Israeli Prime Minister Benjamin Netanyahu visited the site of the deadly Paris kosher supermarket attack less than a day after reports surfaced that the French president asked him not to attend the unity march.

In defense of his attendance at the march, which featured dozens of world leaders, he said, “There is great significance in what the world saw, the prime minister of Israel marching with all the world leaders in a united effort against terrorism, or at least in a call for unity.

“This is something the State of Israel has been saying for many years. This is what we are saying here today with one simple addition: If the world does not unite now against terrorism, the blows that terrorism has struck here will increase in a magnitude that can scarcely be conceived. Therefore, I hope that Europe will unite. I hope that it will also take action.”

In his visit to the Hyper Cacher market, Netanyahu paid tribute to the four Jewish men who were killed in Friday’s attack by a radical Islamist. He also met with one of the hostages, Celine Shreki, who told the Israeli leader about what transpired during the attack. Foreign Minister Avigdor Liberman joined Netanyahu at the market.

Israeli media reported early Monday that French President Francois Hollande in a conversation with Netanyahu on Friday night following the end of the hostage standoff at the Hyper Cacher said he did not want Netanyahu to attend the march for fear it would divert attention from the unity message by adding a focus of the Israeli-Palestinian conflict or Muslim-Jewish relations.

According to the reports, when Netanyahu decided to attend, Hollande extended an invitation to the prime minister, as well as Palestinian Authority President Mahmoud Abbas. Abbas also attended the march.

Netanyahu originally said he would not attend the Paris march due to security considerations, but reportedly changed his mind after political rivals Liberman and Naftali Bennett, the Jewish Home Party leader, announced their intentions to attend.