Op-Ed: Israel must confront the fundamentalists within 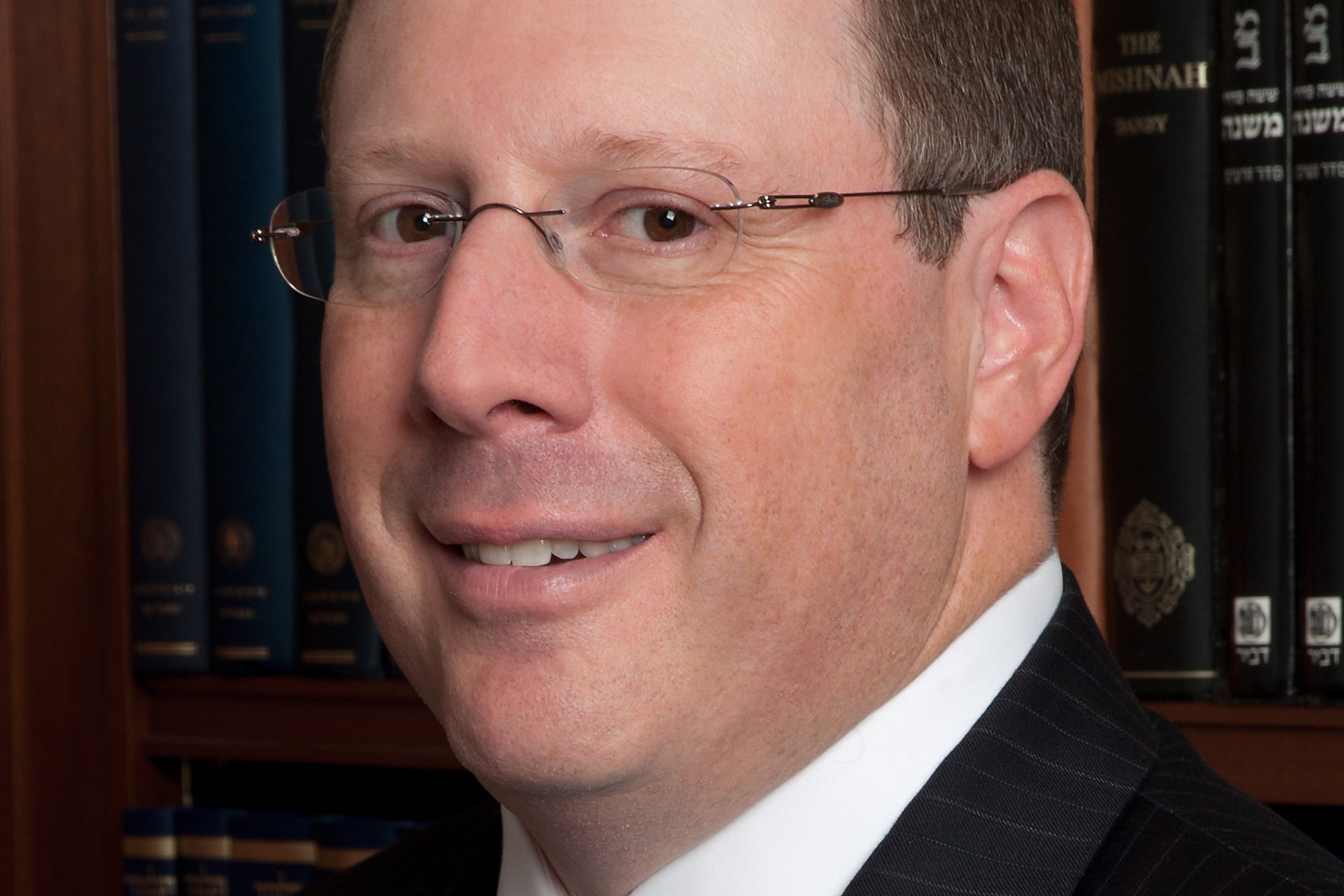 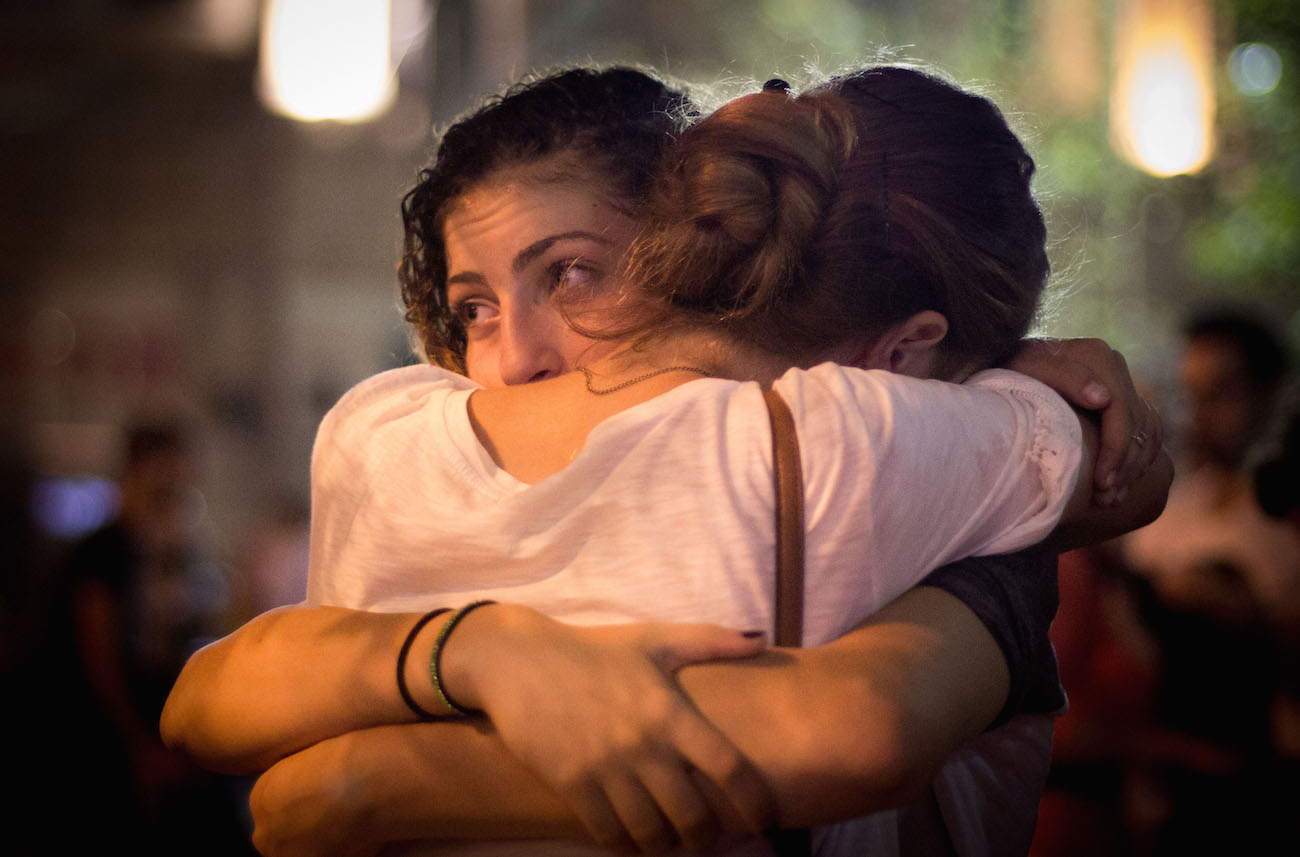 Israelis participating in a memorial service in Jerusalem for Shira Banki, who was fatally wounded in an attack at Jerusalem’s gay pride parade, Aug. 2, 2015. (Garrett Mills/Flash90)

JERUSALEM (JTA) — This past month, as our attention was focused on watching the developing Iran deal, the situation in Israel has taken a deeply troubling turn.

First, a woman wearing a kippah was detained by the police for attempting to worship at the Western Wall. Then David Azoulay, the haredi Orthodox minister of religious affairs from the Shas political party, called the largest movement in Judaism, Reform Judaism, “a disaster for the State of Israel.” He then followed up with an even more disturbing diatribe, saying he couldn’t even call adherents of Reform Judaism Jewish.

While Prime Minister Benjamin Netanyahu admonished him publicly for such comments, his government also decided to restore Orthodox control of conversion and kashrut in a series of decisions that undid decades of progress toward religious equality. President Reuven Rivlin responded with a constructive symbolic gathering of Jews from diverse streams at his residence in Jerusalem, but even such valiant acts cannot change the effective reality that is now developing.

Just this week, my students in Jerusalem were horrified to watch as a deranged haredi Orthodox repeat offender stabbed six peaceful marchers in the annual Jerusalem gay pride parade. Hours later, an arson attack in the West Bank took the life of a Palestinian toddler.

Extremist Jewish fundamentalists are now more emboldened than ever as Israel is increasingly held hostage by a hostile, intolerant approach to diversity. In recent years, I had witnessed hopeful incremental changes that appeared to be cracks in the ice of Israel’s state-sanctioned religious intolerance. I saw increased police protection for Women of the Wall, which advocates for the right of women to pray at Judaism’s holiest site. I had conversations with Knesset members and other officials who were ever so slightly more open to Reform and Conservative Judaism, and watched with enthusiasm the sharp rise in the percentage of Israelis who participate in progressive synagogues and marry their partners with the officiation of progressive clergy. I celebrated the growing number of Israelis excited to build the burgeoning Israeli Reform movement.

Last November, I was moved when President Rivlin met with the leaders of the Reform movement’s global seminary, Hebrew Union College-Jewish Institute of Religion, and declared, “We are one family, and the connection between all Jews, all over the world, is very important to the State of Israel.”

But now I am afraid that too many Israelis have forgotten the extraordinary role that Reform Jews played and continue to play in the story of the Zionist movement and the State of Israel. A Reform rabbi and scholar, Judah Magnes, immigrated to Jerusalem in 1922, helped found the Hebrew University, and served as its first chancellor and president. Magnes built this prestigious institution of higher education into a university that educates Jews, Muslims and Christians in an atmosphere of respect and equality.

Rabbi Stephen Wise, a close confidant of President Woodrow Wilson, influenced the American leader to support the Balfour Declaration, in which Britain said it favored a Jewish national home in Palestine. In 1947, Rabbi Abba Hillel Silver captured the world’s attention as he addressed the U.N. General Assembly and made the case for Jewish statehood just months before the historic vote that approved partition and helped establish the State of Israel.

Dr. Nelson Glueck established the Israeli campus of Hebrew Union College-Jewish Institute of Religion in 1963 with Prime Minister David Ben-Gurion’s full support, educating thousands of Reform Jewish leaders in the heart of Jerusalem. Countless Reform Jews founded kibbutzim and other communities, built synagogues and schools, fought in the Israeli army and made aliyah to the Jewish state. Millions of other Reform Jews have offered their constant support from afar for over a century. And thousands upon thousands of native Israelis now proudly affiliate with the homegrown Israeli Reform movement in congregations that span the length and breadth of the State of Israel.

Israel was founded to be a homeland for all Jews and a place respectful of all its people. Its 1948 declaration of independence defines it as a state that “will ensure complete equality of social and political rights to all its inhabitants irrespective of religion, race or sex,” one that “will guarantee freedom of religion, conscience, language, education and culture.”

The government of the Jewish state must always walk a fine line in preserving both its Jewishness and the fundamental freedoms that inhere in any democracy. Granted, this is not simple, especially in a polarized political system where small parties in coalitions can exert undue influence. Nonetheless, what Israel’s citizens and friends abroad should expect from any Israeli government is straightforward: vigorous protection of the religious freedom of all its citizens so that they may pray, marry their partners, bury their dead, welcome new adherents, study their traditions and observe their beliefs without harassment. When one religious group limits, attacks or abuses another, the government is responsible for intervening to curb such toxic and dangerous activity. These commitments lie at the very core of democracy.

The latest studies show that the Israeli Reform and Conservative movements represent approximately 12 percent of the Jewish population of Israel, larger than the haredi Orthodox population (now at 9 percent). With more than 45 growing Reform congregations and more than 100 active Reform rabbis around Israel, it is long past time for the government of Israel to secure them the same freedoms guaranteed anyone else living in a democracy. It is ironic, to put it mildly, that Reform and Conservative rabbis enjoy less state recognition in Israel than almost anywhere else in the world.

I love the State of Israel and have spent decades working to strengthen its security and democracy. That is what makes me so concerned. At this time of intense international criticism, vitriol and isolation, Israel cannot afford to spurn the millions of ardent, committed Jews worldwide who, consonant with longstanding tenets of our faith, embrace an authentic balance between the demands of tradition and contemporary realities.

The State of Israel faces a significant choice right now. It can become a haven for fundamentalists intent on attacking those who differ, or it can step into a profound role of Jewish leadership as a country that embraces ideological difference as an essential strength. Israel is a leader in technology, education, health care and more. It should now strive to become a leader in religious pluralism and to embrace Reform Judaism as ardently as Reform Jews embrace Israel.

(Rabbi Aaron Panken is the president of Hebrew Union College-Jewish Institute of Religion.)