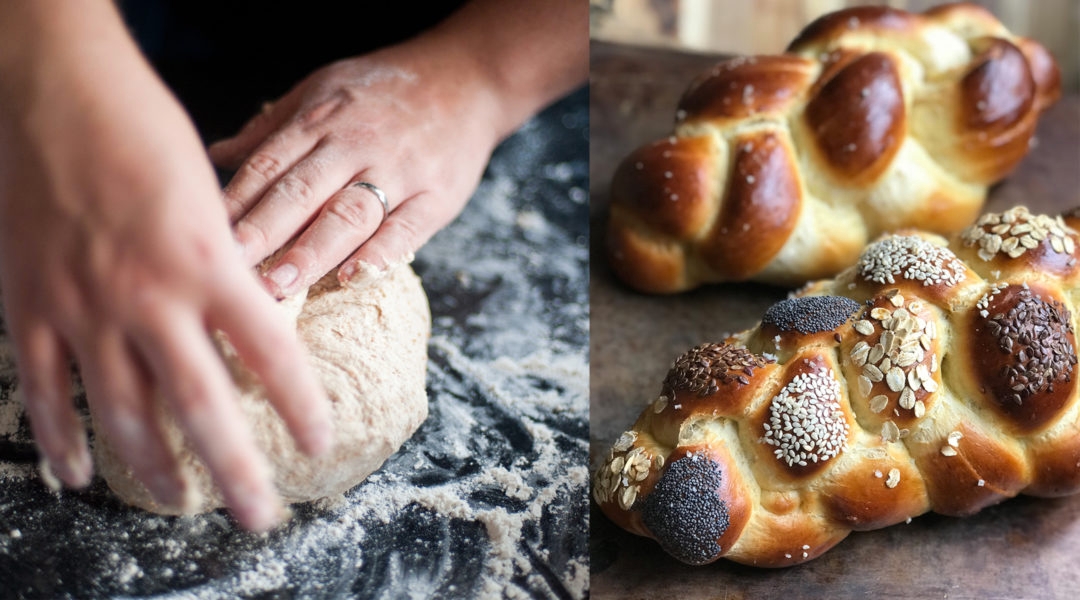 Long a grounding force, the ritual of making challah can give us hope in these trying, solitary times. 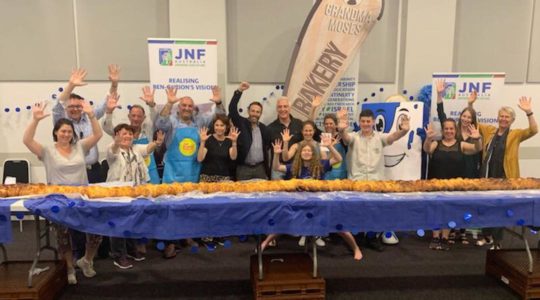 The record-setting challah clocked in at more than 32 feet long and required over 150 pounds of dough and ten hours to bake.

Grandpa’s challah has a new skunky smell, and the lines outside his London bakery door are full of giggling Jews. The secret to his success? There’s something in the dough. Dough is a quirky new comedy by John Goldschmidt, released by Menemsha Films. It’s silly, sweet, and invites reflections on prejudice and edible hallucinogens. Nat, […]

The Only Turkey-Style Challah Braiding Video You’ll Ever Need

The Yummiest Things in the Jewniverse

A Challah for Every Torah Portion