Solidarity Sunday Revived in N.Y., but with a New Slant and Slogan

After more than two decades of activism on behalf of Soviet Jews, the rallying cry of "Let My People Go" was changed to "Let My People Fly" and "Bring My People Home." It was the first Solidarity Sunday amid glasnost. Official police estimates of 127,000 people–although more realistic figures put the number at a fraction […]

Some 70 activists demanding that Soviet President Mikhail Gorbachev publicly denounce the growing wave of anti-Semitism in the Soviet Union and that the Kremlin allow direct flights to Israel were arrested Sunday at the Soviet Mission to the United Nations. The activists, assembled by the Student Struggle for Soviet Jewry, were released after being charged […]

Violence Against Jews Reported in the Ukrainian City of Kharkov

Anti-Semitic activity turned to violence last week in the Ukrainian city of Kharkov, according to Soviet press reports. Jewish apartments were broken into, and about 20 Jews were beaten, although no deaths were reported. The chief of Kharkov’s Department of Internal affairs was quoted Tuesday in the Moscow newspaper Trud as saying that court proceedings […] 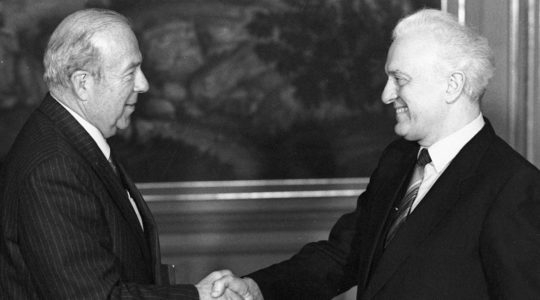 Soviets Say Three-Fourths of Jews on U.S. List Will Be Able to Leave

Outrage over Cardinal’s Speech is Mounting Among Jews in U.S.