When The Nightmare Returns: Reflections Of A Jerusalem Mom 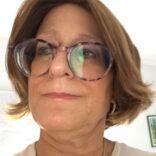 I hear my son’s reedy voice on the telephone in the middle of the afternoon.

"Are you sick, in trouble at school," I ask.

"No," he says. "There was a pigua [terrorist attack] here, near Binyanei Hauma [Jerusalem’s International Convention Center]. I wanted to tell you that I’m OK."

Another terror attack ending a decade of quiet, of voluntary amnesia, when most of us tried to forget what my 13-year-old son is too young to remember, those horrible years when the attacks came so quickly that even the most obsessed news junkies couldn’t keep up with their pace.

And here are the scenes replaying again: a blown-out window pane on a bus; passengers and passers-by coated in blood, taken to hospital emergency rooms well schooled in the protocol of terror.

The location, right near the Central Bus Station, is in this fragmented city a place frequented by everyone – Jew, Arab, secular, religious.

After my son gets off the phone, I fall into the ritual of piguiim, turning on the radio, looking online, phoning loved ones to find out if they are OK, spared. The one friend I reach reports that her teenaged daughter was an eyewitness, unhurt in body, her scars internal, seared into her soul. "She saw everything – the blood, the broken glass. She’s terrified," my friend says.

Just hours ago, I was obsessing about a family tiff over where the hold the seder. Now that concern is pushed away, gone, and another one has emerged in its place – how to live through this.

I’m not over the trauma of the last round, the fear that was my shadow, the real-time game of Russian roulette every time a loved one left the cocoon of our home.

I don’t want to think that that nightmare could be coming back. But it looks like it is. Why? I don’t know. Nobody knows, not the pundits not the pols. But we Jews have been living for thousands of years. We know what to do.

"Live every day as your last," Ethics of the Fathers counsels. Not as an edict to hedonism but as a spur to self-improvement, to rise from the smoke and the broken glass and blood and emerge as better human beings.

Carol Ungar
is a prize winning writer who lives in the Judean Hills with her husband and sons.
The views and opinions expressed in this article are those of the author and do not necessarily reflect the views of NYJW or its parent company, 70 Faces Media.

Can a Jewish fan watch the Super Bowl with a clean conscience? The rabbis had thoughts.