Before Auschwitz Was Auschwitz 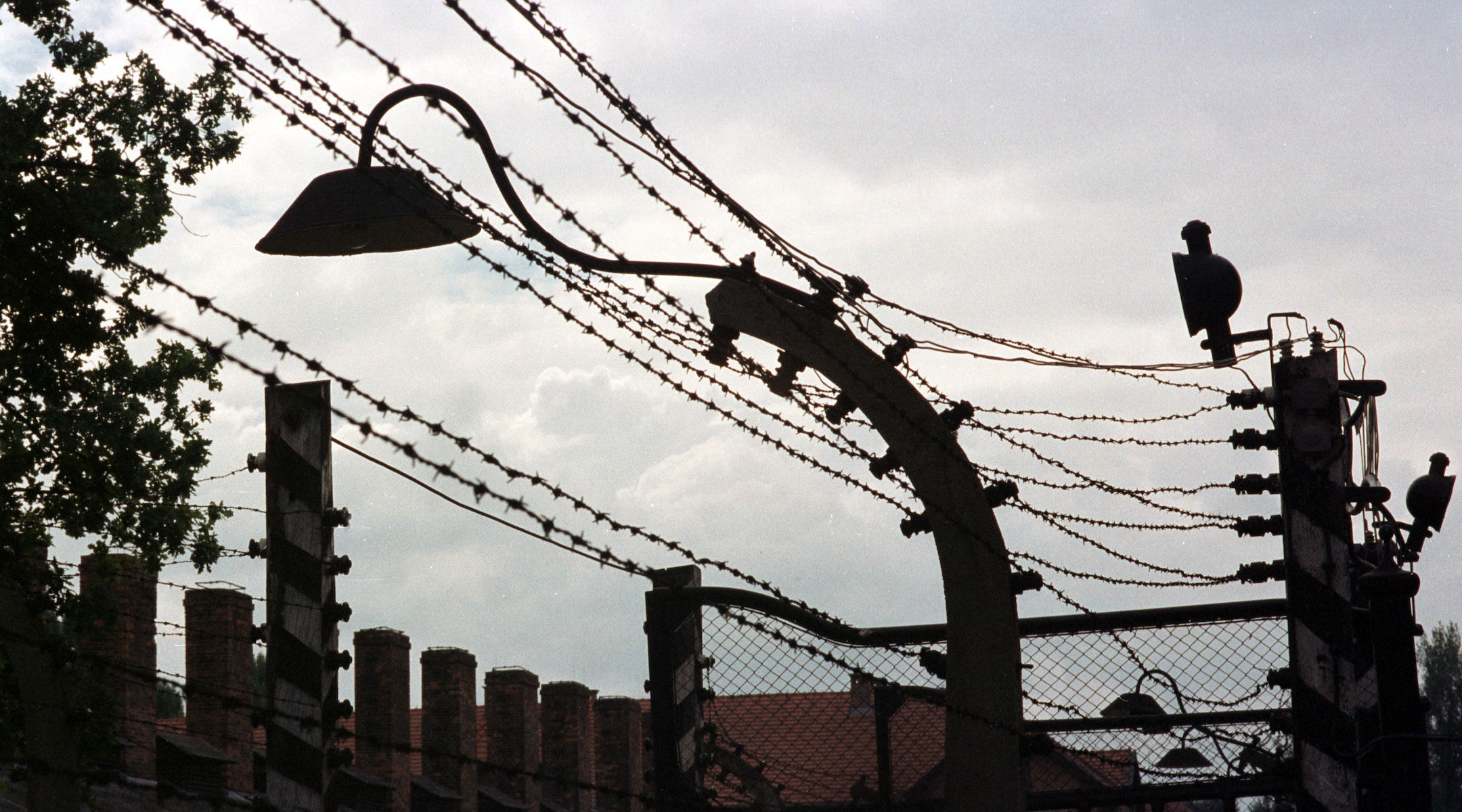 Once upon a time, so long ago, long before the end of the story, the Jews of Central Europe would take trains to Auschwitz for the privilege of dying in its mystical terrain. In “Sefer Oshpitzin,” the town’s yizkor book, compiled by residents of the now extinct shtetl, one man recalled those “whose entire lives revolved around the desire that, after their demise, they should be interred in Oshpitzin,” as the town was known in Yiddish. Some “lived for many years in wealth and dignity in Vienna. Yet in their declining years they moved to Oshpitzin.” They said, according to the book, “It is really good to live in Vienna, but one ought to die in Oshpitzin.” So many saintly and scholarly people were buried in the Auschwitz earth that it was thought to be transformed into holy ground. “Anyone who merited to be buried there,” said an old Auschwitz legend, “would not suffer travails at the time of resurrection.”

We know what happened, of course, when old army barracks on the edge of town were turned into the most notorious concentration camp of all, but the end of the story is hardly all of it. Like an orphan going through a parent’s old photos, delighted by the revelations, a visitor encounters the years of prelude that are gloriously displayed in “A Town Known As Auschwitz: The Life and Death of a Jewish Community,” a new exhibit at the Museum of Jewish Heritage – A Living Memorial to the Holocaust. The exhibit is nothing less than a resurrection, a walk down streets and through the marketplace where we meet the wise men and the wise guys; the young moms of the public high school parents association; the young Zionists preparing for kibbutz life; and chasidic rebbes, artists, whiskey makers, lawyers, tailors, children — and ghosts.

Over the centuries, the village, once near the Prussian border, was called Auschwitz by Germans and Austrians; Oswiecim by Poles; and Oshpitzin by Jews, a word-play on Oswiecim and Ushpizin (the welcoming of biblical guests to one’s sukkah), for this village was famous for its hospitality. Every Avrum, Yitz and Yankev seemed to know that if you were detained at the border while passports or merchandise awaited approval, you could find a good shul, a good bed and a good meal here, as if you were as special as Ushpizin’s Abraham, Isaac and Jacob. Before Auschwitz was haunted it was famous for hearth and home.

Now, however, as the poet Eugene Field writes, “The fire upon the hearth is low, and there is stillness everywhere…” Szymon Kluger, the last surviving Jew who returned after the war and remained in Oswiecim, died 14 years ago. The pre-war town of 14,000, with 8,000 Jews, is now a growing city of 40,000, but with no Jews for the first time in centuries.

A visitor enters the exhibit as a visitor would enter the town. To the right, we pass a wall-sized photo of the landmark bridge over the Sola River, flowing eternally into the Vistula. To the left, a wall-sized photo of the Oswiecim train station. We are told that Oswiecim was located at the nexus of several European rail lines, allowing for the efficient transportation of freight and people. Yes, of course. But the station we see is not Josef Mengele’s Auschwitz station in Birkenau, but, around a mile away, the Polish Oswiecim station, elegant and Victorian, with its handsome Roman numeral clock, arched doors and windows, topped by a large “Oswiecim” sign.

We see the centuries-old Castle of Oswiecim, the oldest building in town. The Yizkor book speaks of legends, demons that roamed through the city at night: Long before the war, the demons “looked like Germans, whom it was extremely dangerous to encounter.” In time, the castle became Nazi headquarters. Even innocent photos and captions of a castle curl like smoke back to the war.

We see a document by which an Oswiecim nobleman donated a plot of land in 1588 for a shul and Jewish cemetery. Then, for the Jews, came blood libels and high taxes, prohibitions against this and restrictions against that. In 1656 an invading army — not from Germany but from Sweden — burnt Oswiecim to the ground. In 1723, there were 23 tax-paying Jewish residents. By the 1900s, Jews owned the majority of the Oswiecim’s businesses and built 30 shuls for the 8,000 Jews, including the 2,000-seat Great Synagogue (the only shul that davened Ashkenaz). The town had a mikveh, yeshivas, Jewish athletic organizations, a slaughterhouse; and enough communal organizations to service a metropolis.

As in so many European towns, the Jews and their Christian neighbors lived in peace, until they didn’t. In the pre-war years, they shared the rivers and picnicked among the birch trees, before the birch trees gave their name to Birkenau (the camp known as Auschwitz II, where most of the Jews were killed). The exhibit features a pre-war photo of little Jewish children from Oswiecim, both with yarmulkes and bare-headed, spending a sunny day in the shadows of the birches.

We meet Belzer, Bobover and Sanzer chasidim; the Marxist-Zionists of HeHalutz group, planning the kibbutz they hoped to build; members of Poalei Agudas Yisroel, a religious labor organization, dressed for a Purim masquerade; Kadimah gymnasts, beautiful young faces and athletic bodies, posing in acrobatics. We see glass liquor bottles, long emptied, with the name “Oswiecim” blown into the glass. We see girls from Hashomer Hatzair, socialist Zionists, and look — the Bobover Rebbe is visiting town: Rabbi Ben-Zion Halberstam is riding in an open-air sedan, for the opening of the third Bobover shul in Oswiecim.

We can peek into a photo from a Jewish 1925 New Year’s Eve party at Oswiecim’s Herz Hotel, a grand hotel known for hosting parties, lectures, theater, political rallies, Zionist meetings. Ushpizin, indeed; this was a town in which no one was lonely, or at least a town with such a multitude of Jewish organizations that just about no one with any Jewish inclination could possibly have been unaffiliated or bored.

We are there when the Nazis march into town, the Jews are uprooted, and the glory ends mid-sentence. Aside from photos, four ipads offer additional video testimony and wartime history from five Oswiecim families that lived there for generations.

The town’s yizkor book tells of a legend once popular in this extinct town. How long ago, before the war, the dead from the nearby fields would arise and daven in a favorite Oshpitzin shul. One Simchas Torah, after midnight, the shul filled with light, the doors were flung open, and invisible voices were heard singing the Ato Hareisa; dancing the Hakofes dance. The living — those who dared to enter — and the dead were called up by name to the Torah reading. The living were informed that the worshippers around them were the purified souls of Auschwitz Jews who had long been in Heaven.

You don’t have to believe that, of course, but maybe you do, and why shouldn’t you? After all, what do we really know about Auschwitz?

“A Town Known As Auschwitz” runs through the summer of 2015 at The Museum of Jewish Heritage – A Living Memorial to the Holocaust, 36 Battery Place, www.mjhnyc.org.