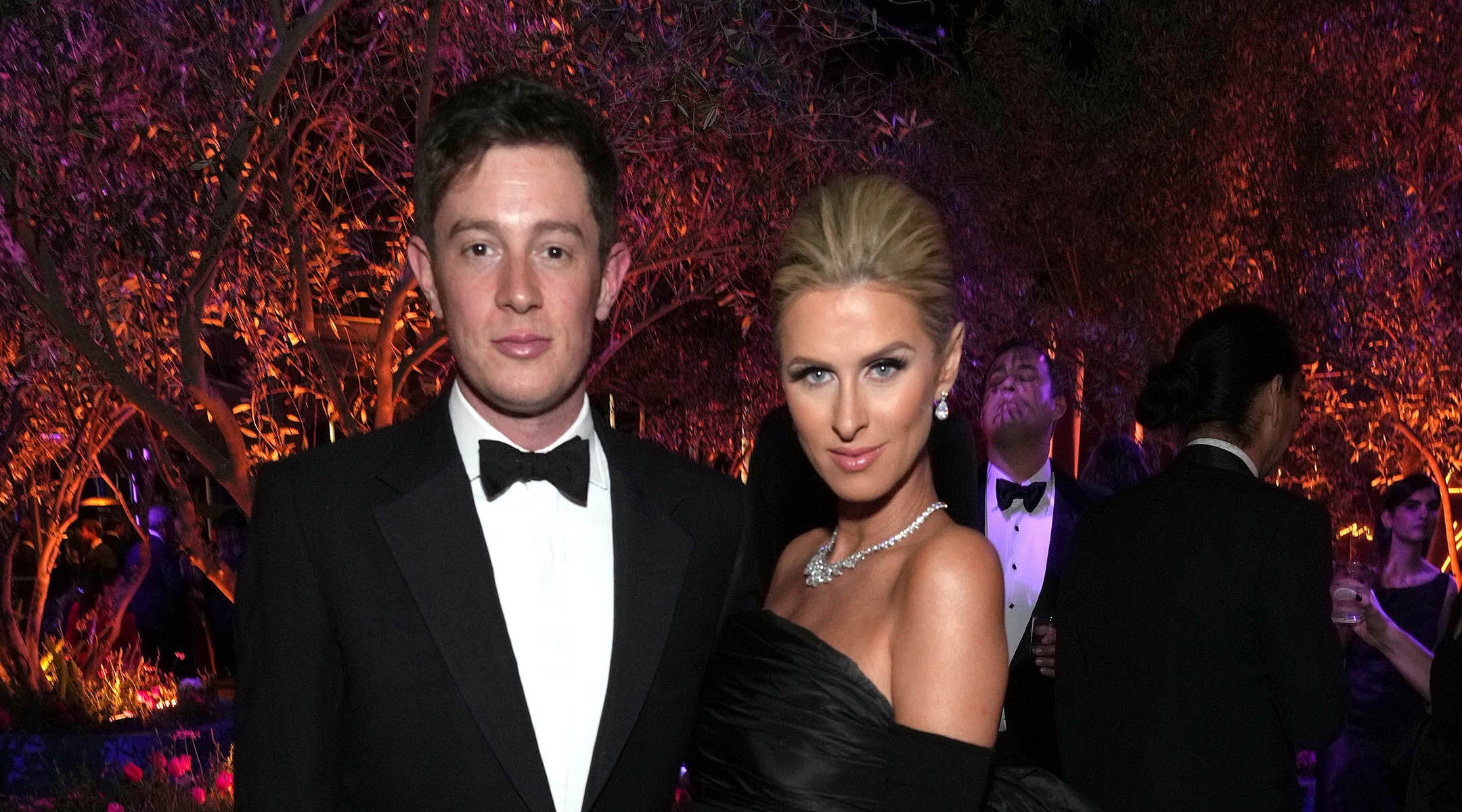 It’s a match made in Jewish paparazzi heaven.

29-year-old hotel heiress Nicky Hilton is set to wed James Rothschild, scion and direct heir of the wealthy Jewish banking family. The couple got engaged last weekend during a romantic boating trip, according to People magazine.

Is a mazal tov in order?

To be sure, James is not strictly Jewish in this late stage of the Rothschilds’ diaspora history. However, he still has Jewish roots. The Rothschild family descends from Mayer Amschel Rothschild, a court Jew to the Landgraves of Hesse-Kassel, in the Free City of Frankfurt, who established his banking business in the 1760s. During the 19th century, when it was at its height, the Rothschild family is believed to have possessed the largest private fortune in modern world history.

His fellow Rothschild, Nathaniel Rothschild, known as Nat, is the director of the Rothschild Foundation, which aims to support and strengthen Jewish life in Europe. Nat has also been linked in the past with Jewish starlet, Natalie Portman. Though Nat’s father, Jacob Rothschild, was raised in a Jewish home, his mother comes from a Christian background. Cousin James’ specific Jewish heritage is unclear.

So no, the children of James and Nicky probably won’t be going to Jewish day schools anytime soon, but the will be part of a legacy committed to Jewish causes and values. And, Paris Hilton will be quite an aunt.

Mazal tov to that!