Henry Winkler’s Symbol Of Holocaust Survival Lives On In Hollywood

Henry Winkler, the Jewish actor best known as tough-talking Arthur Fonzarelli — aka, “The Fonz” — on the 1970s-80s TV show “Happy Days,” is earning a new reputation. As a protector of a unique Holocaust legacy.

Now 70 and a graying grandfather, the son of refugees from Nazi Germany, he keeps in his Hollywood home a spider plant with a unique history. It grew from cuttings from the original plant that was in the coffin in which a friend of his family, known as “Tante Erma” was smuggled out of Germany in the 1930s.

Most of the actor’s extended family perished in the Holocaust.

A symbol of perseverance and survival, Winkler's green-and-white plant has flourished in his home and in the home of many of his friends.

“Everybody got a cutting,” he told The Washington Post.

Jill Soloway, creator of “Transparent,” the transgender comedy starring Jeffrey Tambor, keeps one of Winkler’s gift plants in her writer’s room as a source of inspiration, The Post reported. “It’s a beautiful story.”

In his post-Happy Days days, Winkler had served as a TV series producer and as an actor in episodes of several programs.

Winkler during career has supported many causes, including research on dyslexia (a condition he struggled with as a kid), and many Jewish organizations, including Congregation Habonim in Manhattan (his parents were among the founders of the synagogue).

“I think that being Jewish equates with being empathetic,” he told the Jewish Exponent in Philadelphia in a recent interview. “The humanness of being Jewish makes me so proud.” “I would imagine that I’m the actor I am because of the life that I have lived, the childhood I had.”

Winkler is writing the 31st novel in his series of Hank Zipzer children’s books series, whose main character has dyslexia. His work to remove the stigma of being dyslexic has earned him many awards; England’s Queen Elizabeth II honored him in 2011 for his work with children’s literacy.

To Winkler, keeping his plant, and its meaning, alive, has become an obligation.

“I grew up with it, I heard the story, and I thought maybe it’s my responsibility to make sure it lives.” 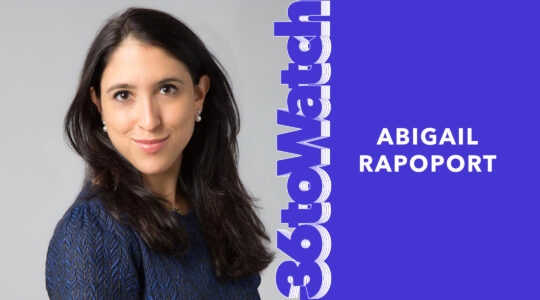