Working To Get Memory, And The Past, Right 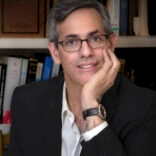 In a stunning twist of historical fate, Germany has assumed the mantle of conscience of the world. How dramatic a shift this is from the not-too-distant past when Germany was guilty of unprecedented crimes against humanity. A series of German leaders, from Konrad Adenauer to Willy Brandt to Helmut Kohl to its current chancellor, Angela Merkel, has skillfully guided the country down the path of historical penance.

It is especially striking in the case of Merkel, the modest pastor’s daughter from East Germany. In responding to the great refugee crisis of this century, Merkel acted boldly, not by shutting the doors of her country, but by opening them up. In 2015, Germany accepted more than a million refugees, many of them from war-torn Syria. The challenge of integrating that massive a number of new immigrants has been substantial and undeniably disruptive to German society. But Merkel has stayed the course with steely determination. More recently, with President Trump’s mixed messages about both global and transatlantic commitments, the chancellor has come to be seen by many as the leading exponent of the post-WWII democratic order—and indeed, as the leader of the free world.

My own connection to Germany and its past is one of deep ambivalence. As an historian, I have studied and written about the extraordinary vibrancy of German Jews in the modern age. Beginning with Moses Mendelssohn’s attempt in the 18th century to balance ritual observance and embrace of the secular world, German Jews have exemplified the opportunities and perils of modernity. While exploring and even admiring that case, I sharply distinguish between it and the larger German society. After many visits, I still feel uneasy on German soil. I recoil from the sound of the German language, the language of Nazism, which I read and yet am loath to speak unless required to. And I belong to the last of a generation of American Jews to resist buying German products.

I encountered the tension between my own biases and the reality of today’s Germany.

And yet, that lingering sensibility is beginning to wane. On a recent trip to Berlin, I encountered the tension between my own biases and the reality of today’s Germany. The city bounds with new energy at every turn, with the revival of old neighborhoods, a dynamic art scene and construction cranes remaking the skyscape. But Berlin is also permeated with the past.

Of the bounty of wonderful museums that Berlin boasts, many deal with historical matters, including but not only, the German Historical Museum. For example, my wife and I went to a fascinating exhibition on Martin Luther, one of the three in the country on the 500th anniversary of his famous 95 Theses. It was held at the stately Martin-Gropius-Bau, and explored the impact of Protestantism in four different countries: the U.S., South Korea, Sweden and Tanzania. The exhibition was beautifully curated and brought to life the ongoing and cross-cultural impact of Luther’s Reformation in the world.

The Germans have always been good at taking their own history seriously. But they, unlike neighbors such as Austria, Hungary and France, have also become good at addressing their more sinister 20th-century past. There is even a word in the German language, Vergangenheitsbewältigung, to convey the Germans’ efforts to come to terms with their criminal Nazi past. To get a sense of how this has played out on the landscape of Berlin, one need only visit the Topography of Terror open-air museum, the Peter Eisenmann-designed Holocaust memorial and the Jewish Museum, with its now-iconic Daniel Libeskind Gardens of Exile and Emigration.

These museums and memorials are not only recording the past. They have the related task of getting the memory right. History provides the textured material from which contemporary Germany forges memories of the past in order to guide the future. Locating the Holocaust memorial one block from the Brandenburg Gate forces Berliners and others to confront the Nazi specter. Giving the Jewish Museum such a prominent place in the city, on the site of the former Prussian Court of Justice, creates a visible site of memory. And paving sidewalks in Berlin and other cities with Solpersteine, the brass plates bearing the names of Holocaust victims, etches a powerful memory into the physical terrain and consciousness of the place. This memory-work is intended not only or even primarily for Jews, but rather for non-Jews, the inhabitants of Germany who have an ongoing obligation to remember their criminal past.

Germany did not come to this work willingly. Following its defeat in the Second World War, the leaders of the Nazi state were brought to justice at the Nuremberg trials of 1945-46, when they were accused and, in most cases, convicted of crimes against humanity. In the early post-war years, anti-Semitic attitudes were commonplace among the German population. In 1959, a wave of hundreds of anti-Jewish acts broke out in West Germany after the desecration of a new synagogue in Cologne. And at various points since then, prominent Germans, such as the author Martin Walser in 1998, have complained about an excess of attention on the Holocaust, insinuating that Jews exploit it for their own purposes.

Notwithstanding these troubling signs, Germany’s top political leaders have understood that, on grounds of both altruism and self-interest, it is essential to accept responsibility for the Nazi regime’s crimes. They have doggedly set in place educational standards and public memorials to commemorate that past. They have reaffirmed their deep commitment to the survival and well-being of the state of Israel as a matter of historical atonement. And they have applied lessons from their criminal past to craft a humanitarian policy vis-à-vis refugees that is the antithesis of the maxim that “might makes right.” In assuming this moral high ground after descending into the depths of depravity, today’s Germany has effected a remarkable transformation. The time has come to acknowledge that what it has done is not only good for Germany, but a compelling example to the world — indeed, to other countries that continue to evade responsibility for their pasts through neglect or knowing distortion.

David N. Myers is president/CEO of the Center for Jewish History in New York. He is the author of “Jewish History: A Very Short Introduction” (Oxford, 2017).

David N. Myers
teaches Jewish history at UCLA.
The views and opinions expressed in this article are those of the author and do not necessarily reflect the views of NYJW or its parent company, 70 Faces Media.