You Are What You Drive 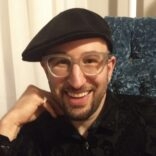 Last month marked the 100th anniversary of Henry Ford’s purchase of the Dearborn Independent, a newspaper so anti-Semitic it led Hitler to tell a Detroit News reporter in 1931, “I regard Henry Ford as my inspiration.”

Last year, when my suburban sister Robynn drove up in her new Ford Flex, no one said anything to her face, but we sneered behind her back. It was 70 years since Ford died, 99 years since his newspaper began its 91-installment crusade, printing excerpts of the anti-Semitic Bible, “The Protocols of the Elders of Zion,” and blaming “International Jews” for being the financiers “behind all war.” He was the modern-day Haman, manipulating society against Jews with lies. We never forget, and neither did anti-Semites who continue to be influenced by Ford’s publications. I found my sister’s purchase to be traitorous.

Meanwhile, my wife Antoinette and I drove a Nissan Cube. It was, as Nissan describes it, “squarely unconventional, with a bold but friendly front grille inspired by a bulldog wearing shades.” Compact for city living, it stood out, like us: an Ashkenazi social worker dripping in Swarovski crystals in love with a black Jew-by-choice rocking homemade African print dresses and natural hair. Our existence was spent giving the middle finger to the Fords of Albany, where we live.

During winters, my parents stayed in Florida’s Hunter’s Ridge Country Club, a golfing community with plenty of dogs, but hardly any Jews. My dad got a deal on a brand-new house with highway access. They didn’t count on how cut off they’d feel from friends in more Jewish communities. Ford was a snowbird too, back in the day, vacationing in Fort Myers, less than 30 minutes away.

A year ago, my wife and I visited, me trailing my dad, taking notes about our ancestors. He told me about my grandparents shoving generations of immigrant cousins into the apartment upstairs from the family’s wallpaper store, supporting each other on as little as possible. My grandfather was “frugal, not cheap,” my dad insisted. Anti-Semitic country club regulations caused Albany-area Jews to create their own institutions, and to many, memberships meant success in America. But to my grandfather, the mark of success was the Cadillac, the car of choice for members of the tribe during that era (and blacks, too, my wife chimed in). At age 66, he purchased an iridescent light blue, four-door DeVille, pumping his breaks as he drove through town.

During dinner at the club, my parents flaunted the clubhouse, and I imagined the days we wouldn’t have had access as I grudgingly removed my hat and sat.

My parents had told me about previous meals ruined by politics — my liberal mom and dad suffering through rants on how to Make America Great Again. Those friends seemed to be on the same page as Ford, who opposed America’s entry into World War I, believing it was another Jewish scheme. During World War II, he wanted the United States to put America First. As I eyed my parents’ buddies, I wondered which of them used those same words to justify their own brand of white nationalism. I forced conversation and glanced at my wife, who was shifting in her chair, also projecting generations of trauma onto our tablemates. I felt betrayed by my parents. Ford Motor’s slogan since 2012 was “Go Further,” and I believed they’d gone too far. They’d invested in the club, bought the house and couldn’t turn back. I looked forward to leaving with Antoinette and cruising our Cube through Albany.

The following morning, before we boarded the plane home, we hopped in my parents’ Toyota Prius — a hybrid — and they took Antoinette and me shopping at the Miramar Outlets. My wife and mom purchased matching wallets. On the way out, my mom and dad wanted to grab a bite at Ford’s Garage, a restaurant chain that opened in 2012, claiming 1920s “Prohibition-style elements” that make it a “fun place to visit and take pictures!” Jews dining in a Ford-themed eatery was too funny a farce to pass up. Plus, I was hungry for chicken tenders and hot sauce, so we went in. I even snapped a photo of my dad eating a burger under Ford’s face and a quote saying, “If I asked people what they wanted, they would have said faster horses.”

Back in Albany, I called my sister and asked why she bought the Ford. She told me she liked the way it fit her family. She didn’t know Ford’s anti-Semitic past.

“At least I’m not like our cousin,” Robynn said. “She bought an Audi.”

I paused, confused. She informed me of Audi’s Nazi history: concentration camp labor.

We gossiped over our new shared boycott. She told me she planned to trade the Ford in soon anyway.

“Oooooh,” I said. “Have you seen the new Cadillac model?”

Jay Deitcher is a writer and Licensed Clinical Social Worker from Albany.

Jay Deitcher
is a part-time writer, former social worker, full-time stay-at-home dad from Albany, NY. His writing has been featured in The Washington Post, Tablet, The Forward and The Cut.
The views and opinions expressed in this article are those of the author and do not necessarily reflect the views of NYJW or its parent company, 70 Faces Media.