Being ‘Jew-ish’ in a Time of Rising Anti-Semitism 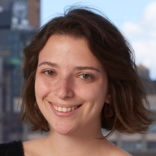 I never had a bat mitzvah. I’ve been to temple maybe 10 times in my life. I can’t speak Hebrew. If you ask me about certain Jewish traditions, I’d be unable to answer.

The idea of being Jew-ish has only recently entered mainstream language. For one person, it may mean they are ethnically Jewish but never attend services. Another might explain it as becoming a bar or bat mitzvah and then only going to temple for holidays — or not at all.

With the uptick in anti-Semitism across America, I feel more of a need to identify with my background than ever before. Yet sometimes I can’t help but feel like an imposter because my faith is more cultural than religious. In many ways, I am Jew-ish.

I’ve often felt out of place within my own religion — “not Jewish enough” to be a part of the community and “too Jewish” for many others, a dichotomy that has reinforced a peculiar feeling of “Where do I belong?” Growing up in a town with four other Jewish people in my graduating class, I was singled out for being Jewish. Crass “jokes” were told at my expense, using every stereotype about Judaism. These would range from comments about picking up change to full blown Holocaust-focused remarks.

Being in this “-ish” zone made me feel like I couldn’t even defend my heritage and who I was since I didn’t, and still don’t, fully understand it. I felt embarrassed for not connecting with my background more, while also feeling a need to hide it as I faced cruelty from others towards that part of myself. It felt like either way I leaned, I lost.

In 2019, across the cities of New York, Los Angeles and Chicago, Jews were the most common target of hate crimes. In New York alone, the year brought the most anti-Jewish hate crimes since 1992. In 2020, we’ve already seen a spate of violent attacks against primarily charedi Jews in Brooklyn.

I feel helpless to take action, but also feel inspired when I see groups mobilize to take a stand, such as last week’s march across the Brooklyn Bridge in which thousands of people came together to stand against the hatred perpetrated towards our community.

Across America, Jews of all denominations are trying to find their place in a country that is increasingly hostile toward them and their heritage. Anti-Semitism brings many Jewish Americans — and especially Holocaust survivors and their children and grandchildren — a strange sense of déjà vu. Yet Jew-ish people often still feel like imposters if they speak out.

As Rabbi Sandra Lawson, who serves as associate chaplain for Jewish life at Elon University, told me, part of unlearning that imposter syndrome means remembering that in Judaism, having a Jewish parent or converting makes you Jewish, regardless of how you practice.

“I’ve been hearing that phrase [Jew-ish] for so long and what I actually try to do, especially with the students I work with, is sort of explain that there’s no difference. You’re still Jewish, you just have a different way of practicing your Judaism,” she says.

Historically, many Jews have been told from a young age to refrain from sharing their religious affiliation with others out of fear, and speaking out can feel downright terrifying. (Minorities are taught self-preservation in a way white Christians often never need to think about.)

I sometimes wonder if I’ve personally only moved closer to Judaism as a way to look strong and courageous as I watch hate rear its ugly head across our country. In the face of so much hatred in our country, have I used Judaism as a way to finally integrate myself into a cause I can relate to? Should I be the one to speak up for the Jewish people when so many others are far more connected to our religion than I may ever be?

The line between being in the group and being an ally feels blurry. Then I think about each and every person, including myself, who has been on the receiving end of Jewish slurs, sat through crass jokes at their expense and who have been scared to tell someone they’re Jewish, fearful that their opinion will change.

Part of me wants to run away from any sign of being Jewish as a means of protection, but all that would do is give these hate-filled people what they want. I see no other option but to continue figuring out what being Jewish means for me and to support my entire community in any way I can. There’s no excuse for hating people simply for being who they are.

When you spend your whole life in the “-ish,” suddenly embracing that part of you and speaking out can take some time getting used to. But even when people feel like imposters, or that they don’t know what to say, taking their time to collect their thoughts and speak out can be incredibly powerful. Hearing people share their experiences of anti-Semitism puts a face to what’s happening in this country and encourages those around them to become more active as well.

To finally get answers to some of the questions I have about being a Jew and what it means in today’s world, especially when you’re not very religious, I recently went on Birthright. It was the first time in my life that I was completely surrounded by Jews — American and Israeli — and had the opportunity to hear from so many others about what it was like for them to grow up Jewish, how they feel about the rise in anti-Semitism and how so many others also identify as Jew-ish. It helped me realize that there’s no one right way to be Jewish, but that telling these stories and unabashedly celebrating the culture is an act of resistance in and of itself when it comes to standing against the rise in anti-Semitism.

I don’t know why people, across time, have this ingrained hatred of Jews inside them and insist on perpetrating violence against us. I wish they too could hear the stories I did and see that each and every one of us has a unique life, tales to tell and our own definition of what being Jewish means.

“People are doing the best that they can and making the best decisions that they can,” Rabbi Lawson adds. “I would hope that people aren’t so fearful that they’re paralyzed. I guess one step at a time.”

Sarah Fielding is a freelance writer based in New York City. She wrote this for JTA.

Sarah Fielding
is a freelance writer based in New York City.
The views and opinions expressed in this article are those of the author and do not necessarily reflect the views of NYJW or its parent company, 70 Faces Media.