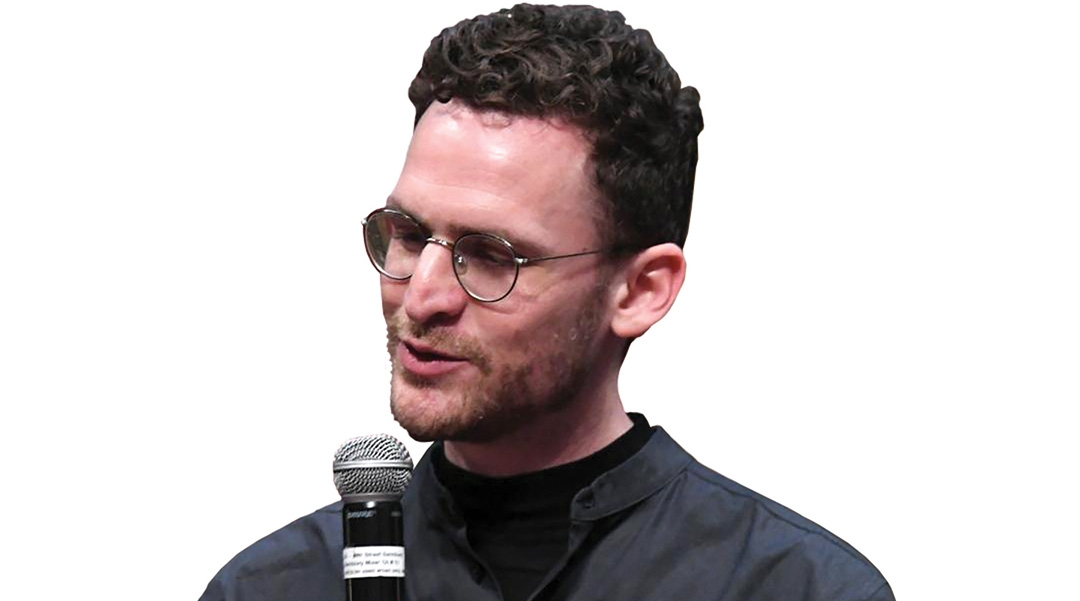 In Israel, charedi boys grow up dreaming of getting into a top yeshiva, and some secular boys dream of attending the top film school. Yehonatan Indursky did both. The creator and writer of the popular Netflix series “Shtisel,” about a charedi family in Jerusalem,  told a crowd at B’nai Jeshurun on Manhattan’s Upper West Side last week that he was happy his parents stuck with him when he made the decision to drop out of the Ponevezh Yeshiva (considered the Harvard of yeshivas) and leave the religious world.

“I’m a lucky guy,” Indursky said, adding that some mothers and fathers cut off children who announce such a change. “All along, my parents told me it would not matter how I choose to be, they will accept me.”

While attending Jerusalem’s acclaimed Sam Spiegel Film and Television School, an assignment to make a short film about a sound from his past required that he work near his old yeshiva, so he dressed up in religious garb. On the bus, a film school classmate was across from him, but didn’t notice him.

“There was a sense of alienation that I could not explain to myself,” Indursky said. “Suddenly, I understood how secular people look at the ultra-Orthodox in Israel. It’s not hatred… We simply do not see them…”

He said that moment was likely the birth of “Shtisel,” which arose after he met with co-creator Ori Elon. The show, set in the charedi neighborhood of Geula, follows the family of Reb Shulem Shtisel, whose wife has died. Shulem’s children Akiva, Giti and Zvi Aryeh have their own troubles. It won Israel’s version of the Emmy Award in 2013. Beginning last June, stars of the show have toured synagogues in events run by The Jewish Week that drew huge crowds.

Last week’s, titled “Shtisel Uncovered,” featured clips from the show and paired Indursky with Jerusalem’s charedi social activist Pnina Pfeuffer, who said the show fills a void. “The show is very real and portrays charedi men as how they are. [People] usually see Israelis only as soldiers, so it’s good to show we’re not only the people of the sword, but the people of the book.”

Indursky has been speaking at synagogues nationwide in events sponsored by the New Israel Fund. In a sign of the show’s appeal, on one trip a gentile cab driver and “Shtisel” fan had an unusual favor: He demanded to speak on the phone to Doval’e Glickman, who plays patriarch Shulem.

More ‘Shitsel’ coverage here, including interviews with the actors and directors.