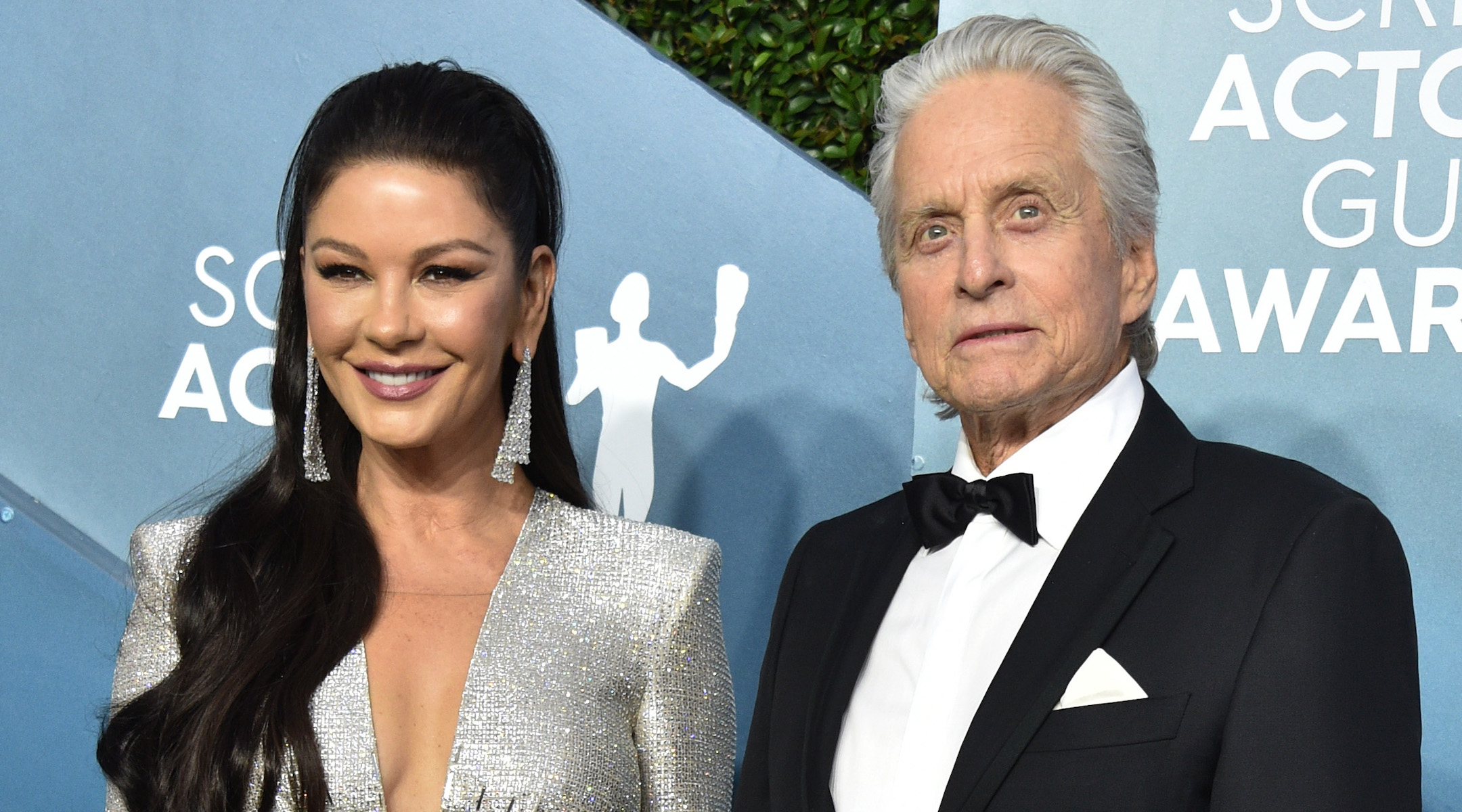 (JTA) — The Genesis Prize is taking a page from the Oscars.

The movie star husband and wife duo of Michael Douglas and Catherine Zeta-Jones will co-host the 2020 Genesis Prize ceremony, which will give the award nicknamed the “Jewish Nobel” to Natan Sharanksy, in Jerusalem in June.

Douglas and Zeta-Jones and their children were last in Israel when Douglas received the prize in 2015. He directed his $1 million award, and an additional $ 1 million donated by philanthropist Roman Abramovich, to projects aimed at fostering a culture of acceptance for intermarried families. (Douglas is Jewish, while Zeta-Jones is not.)

During the couple’s visit, they will participate in a special event held by the Genesis Prize Foundation to honor the legacy of Kirk Douglas — Michael’s father, who died earlier this month at the age of 103 — and his connection to Jerusalem.

“We are particularly honored to have the opportunity to host the ceremony honoring a true Jewish hero, Natan Sharansky,” Douglas said in a statement. “Coming to Jerusalem this year is also important for our family as a way to honor the memory of my father Kirk Douglas. He adored Israel, and had a special connection with Jerusalem ever since he visited to make the film ‘Cast a Giant Shadow’ in 1965. His re-discovery of his Jewish faith, his passion for his heritage has been a guiding light for me, passed down to my children.”

The Genesis Prize was started in 2013 and is financed through a permanent $100 million endowment. The annual award honors “extraordinary individuals for their outstanding professional achievement, contribution to humanity and commitment to Jewish values.” Sharansky was announced as the seventh Genesis Prize laureate in December.