Why I, a Minneapolis Rabbi, Changed My Mind About ‘Black Lives Matter’ 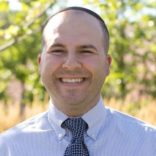 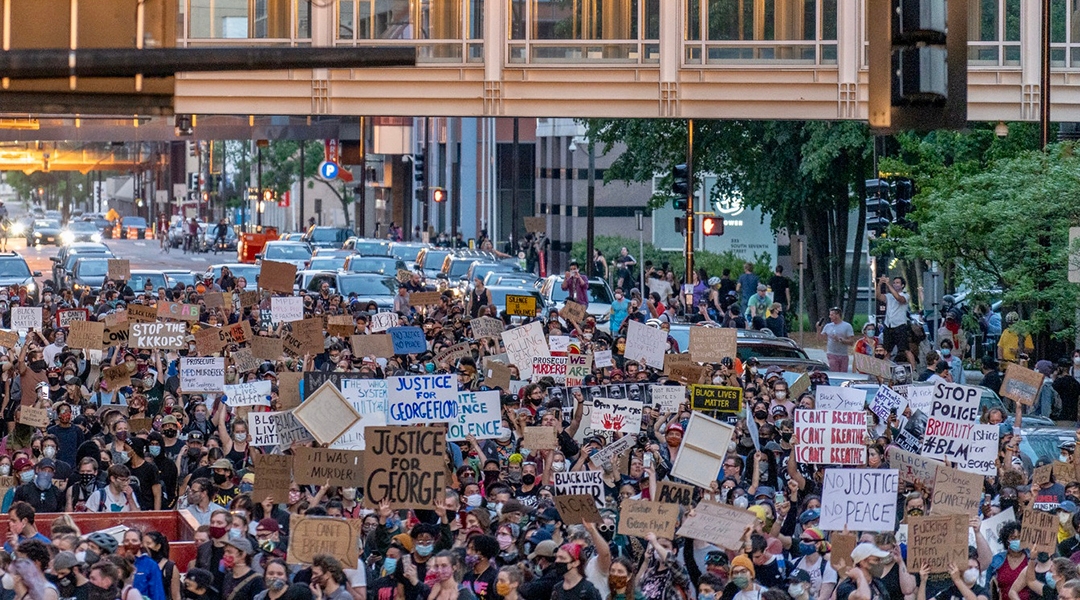 Protesters gather in downtown Minneapolis over the May 25 death of George Floyd at the hands of a local police officer, May 28, 2020. (Chad Davis/Flickr Commons)
Advertisement

I believe in equality and equity. I fight against racism. I believe every human being is created in God’s holy image. And yet, I previously grimaced when I heard the rallying cry “Black Lives Matter.” I grimaced really for one reason only: the stance the Movement for Black Lives platform took on Israel back in 2016. The comprehensive document referred to Israel as an “apartheid state” and condemned the United States for its “alliance with Israel and [being] complicit in the genocide taking place against the Palestinian people.” Such rhetoric broke my heart.

For the past four years, every time I saw a “Black Lives Matter” placard, I shuddered at the anti-Zionist and anti-Semitic themes it raised for me. It evoked a generations-old rift between the Jewish and the black community, one that Dr. Martin Luther King Jr. and Rabbi Abraham Joshua Heschel so vehemently tried to repair over 50 years ago. A rift that I worked to repair during my time with the Jewish Community Relations Council of New York when I was a college student.

But something changed for me this past week. St. Louis Park, Minn., has been my home for the past 12 years. St. Louis Park was George Floyd’s home, too. But we lived in, and related to, two different worlds. Tragically, that was because of the color of our skin.

Watching George’s senseless death shook me something fierce. For me, it was a haunting image that rocked me to my core. And still, my black friends and neighbors told me they saw something more than that. They saw a history of police brutality. They saw hundreds of years of neck-kneeling oppression. They saw white privilege leaving the black community behind. They saw a society and country that has repeatedly failed them.

And then I realized I was thinking “they” and not “we” — an implicit communal divide.

Growing up in central New Jersey, I had friends from all walks of life, diverse races and religions. I was raised in a home where we welcomed all peoples and treated everyone equally. But equality is not the same as equity.

Living here in Minnesota I notice the disparity even more. I see that my children’s circle looks different than mine did growing up, simply because of the geographic makeup of our communities. And part of that is the intrinsic racial divide in this state.

The Twin Cities were once a hotbed for racially restrictive deeds and covenants. Mapping Prejudice, a project that exposes the use of racial covenants to reserve land for the exclusive use of white people, according to its website, has revealed in its research over 30,000 racist property deeds there dating back to 1910. A once racially integrated state became a center for segregation and anti-Semitism alike. The creation of Olson Memorial Highway in the 1930s, and subsequently Interstate 94 in the 1970s, destroyed and isolated neighborhoods on the north side — and the black community that thrived there.

And that really is just a glimpse into the systemic historic divide. By nearly all measures — poverty, unemployment, at-risk youth, homeownership — the disparity between those with white skin and those with brown bodies is one of the largest in the country.

Jewish tradition teaches that we are to be a “light unto the nations.” But when we spend so much time shining and speaking and teaching, we simply aren’t doing enough listening. And I am very much guilty of that. I know that I need to listen more.

Just like not all white people are evil and not all cops are bad cops, not all members of the black community are anti-Israel or anti-Semitic. When those around me say “Black Lives Matter,” they don’t mean “cursed be Israel.” They don’t mean Jews are the enemy or that Israel is an apartheid state. They mean: “We people of color have been oppressed for centuries. And you have not put us on your priority list of urgent changes in this world. And we are hurting and suffering — and our children are dying. Why don’t we matter to you? Why does it seem like we only matter to us?”

In 8 minutes and 46 seconds, the world changed. Now it is on us to make certain that George Floyd’s death will not be in vain. We can argue and joust and cry about Israel another day. Today, we have a categorical moral imperative to hear the pain of our black brothers and sisters. We have to recognize the holiness in their struggle and their plight. And I know in my heart of hearts that I have to stand with them. We have to stand with them. And so now and evermore we must all say Black Lives Matter. And it is high time for the world to wake up to that reality, welcome it and assimilate it.