We Know Who Donald Trump Is 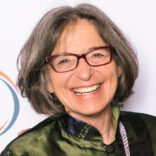 This is the first in a series of diverse perspectives on the Jewish vote in the 2020 presidential elections.

“When someone tells you who they are, believe them the first time.”

When the great Maya Angelou spoke those words, she probably wasn’t thinking about Donald Trump, his racist agenda, his political persona, or his presidency. But the statement was prescient nonetheless. Because from the first moments of his rise to power through today, Donald Trump has told us exactly who he is, over and over again.

If we believe him, we have no choice but to vote him out of office.

His latest refusal to disavow the anti-Semitic online conspiracy group QAnon when asked point blank during a presidential town hall was just the latest example of how Trump’s words can fuel hate and poossibly violence. The same goes to his reaction to the recent exposure of a right-wing militia plot to kidnap Michigan Governor Gretchen Whitmer.

It might be hard to remember through all the noise of the past five years, but think about that fateful day in 2015 when Trump rode down his golden escalator to announce his candidacy. He called Mexican immigrants rapists, drug dealers, criminals. He laid the groundwork for a campaign and a presidency rooted in bigotry. Yet too many people didn’t listen, didn’t care, or didn’t take him seriously — he told us who he was, and we didn’t fully believe him.

This wasn’t just political posturing — it was a reflection of his xenophobic worldview. Upon coming into office, the Trump administration turned immediately to the so-called “Muslim ban,” closing America’s borders to seven Muslim-majority countries, causing chaos at airports, and riling Americans to action. He was so determined to make this happen that his team rewrote the executive order three times until it withstood judicial scrutiny.

Then he rescinded the Deferred Action for Childhood Arrivals (DACA) protections for young people brought here illegally but who know only America as home — leaving tens of thousands of people subject to deportation for no fault of their own.

Not to be outdone, Trump’s Department of Justice adopted what it dubbed a “zero tolerance” policy at the border. In reality, that meant separating migrant children from their parents and tossing them in cages, without even the systems to adequately track and reunite these families.

These are just three examples related to immigrants, refugees and asylum seekers. We also can’t forget what happened in August of 2017, when white supremacists marched through the streets of Charlottesville, tiki torches in hand, chanting “Jews will not replace us” and “blood and soil.” The next day, a white supremacist rammed his car into counter protestors, killing Heather Heyer.

Did the President dare show moral leadership to unify the nation against a clear act of vileness? Of course not. Instead, he averred that there were “very fine people on both sides.”

Again, this is simply who he is. And we should believe him, because it’s led to a deep rot at the core of our government. It cost lives, and it didn’t have to.

What happened when his national security adviser and the intelligence community warned him that a deadly, airborne virus would pose the greatest security threat of his entire presidency? He downplayed the problem for political advantage and repeatedly labeled the disease “kung flu” and “the Chinese virus,” exacerbating a skyrocketing crisis of anti-Asian hate crimes — all the while defying science, medical expertise, and solid advice about masks and social distancing. Today a staggering number of Americans are dead as a result.

Likewise, congregants in Pittsburgh and Poway, shoppers in El Paso, and too many other innocent Americans have paid the ultimate price for Donald Trump’s incitement of violence and instigation of hateful conspiracy theories. And the white supremacists and militia members who perpetrated those crimes have no problem understanding Trump’s dog whistles. The El Paso shooter specifically cited Trump’s comments in what is believed to be his manifesto. The Pittsburgh murderer talked about the “invasion” of a caravan of Latin American immigrants marching toward the U.S. — a manufactured crisis conjured up by President Trump to gin up his base in the 2018 midterms, with Jewish American George Soros being singled out as Trump’s preferred scapegoat in that case.

This is not who we as Americans want to be.

When Trump told the Proud Boys at the first presidential debate to “stand by,” they took it as a message of encouragement. And the militia members plotting against Governor Whitmer were planning to “LIBERATE MICHIGAN,” as the president tweeted this past April.

We no longer have any excuses. We just have to listen to what the president is telling us about himself and stand up in the next month as we cast our ballots and say: This may be who you are, but this is not who we as Americans want to be.

Barbara Dobkin
is a feminist philanthropist.
The views and opinions expressed in this article are those of the author and do not necessarily reflect the views of NYJW or its parent company, 70 Faces Media.