Synagogues are not rushing to reopen, even as vaccines are making gatherings safer 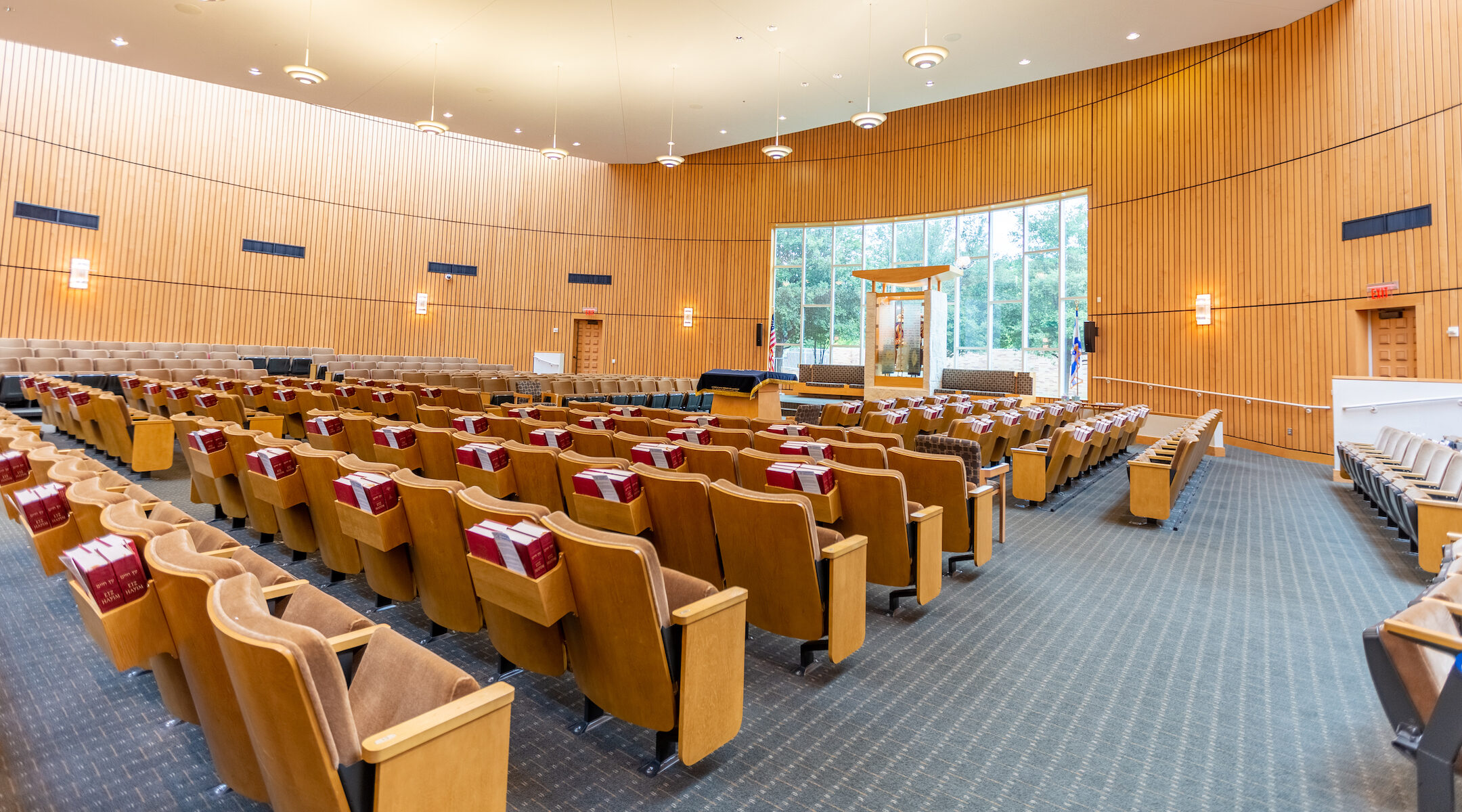 Congregation Shearith Israel of Dallas will resume in-person services on the last day of Passover, with other services added over the following weeks. (Courtesy of Shearith Israel)
Advertisement

In fact, the synagogue first experimented with an indoor service for up to 50 people last summer. Now it’s now holding bar and bat mitzvah services on Shabbat mornings for a maximum of 10 households and up to 40 people in the sanctuary, which typically held 100-150 worshippers on Shabbat mornings pre-pandemic. Those services are then streamed for the rest of the congregation.

Yet Scheff isn’t rushing to resume the wider range of indoor services that his synagogue, like virtually all others across America, abruptly put on hold one year ago, even as more of his congregants get the coronavirus vaccine. Instead, Scheff and his Conservative synagogue are sticking with the daily virtual prayer service, where people can say the Mourner’s Kaddish, and streaming Shabbat services. A socially distanced parking-lot Yizkor service is scheduled for the last day of Passover, but the synagogue’s other services for the holiday will remain virtual.

“We tried opening up to a very limited number of people, very socially distanced inside and the feeling was not a great one. It didn’t feel spiritually uplifting, it didn’t feel participatory and many people chose not to come,” Scheff said of the first foray into indoor services last summer. “At this point in time we’ve managed to achieve a certain amount of intimacy and participation with what we’ve been offering.”

Scheff’s community is like many others at this stage of the pandemic: While American Jews appear to be embracing the Centers for Disease Control’s recent guidance that permits small Passover Seders for vaccinated adults and hugs between vaccinated grandparents and grandchildren, few appear to be hastening toward a return of the old way of worshipping together.

For some American Jews, namely the Orthodox, in-person services were only on hold for a matter of months, with most Orthodox synagogues resuming in-person activities by last summer, many with masks and social distancing required. But for most Reform and Conservative congregations, the one-year anniversary of the pandemic also marked an entire year without in-person services, which have remained virtual to prevent the spread of the coronavirus in synagogue sanctuaries.

Even as vaccinations increase and COVID cases plummet, many of those Reform and Conservative synagogues are electing to stay largely virtual for now.

At Beth David Reform Congregation in Gladwyne, Pennsylvania, some in-person activity has resumed — but only for children and their teachers. The synagogue prioritized resuming Hebrew school over services in part because it seemed safer, given the singing that takes place during services and data suggesting that children may spread the disease less readily than adults, according to Rabbi Beth Kalisch.

Kalisch said there was another reason, too: Virtual religious school was a significantly more challenging experience, but Zoom services had proven to be a meaningful way of connecting as a congregation.

“People have not been banging on our doors asking for us to reopen for Shabbat services,” Kalisch said. “We’ve also discovered a whole other way of being together that we never would have constructed before.”

At the Society for the Advancement of Judaism, a Reconstructionist congregation in Manhattan, all services have been virtual this year except for bar and bat mitzvahs, which have been limited to 15 people. But where Rabbi Lauren Grabelle Herrmann had originally hoped the congregation could expect to return to in-person services sometime in the fall, the uptick in vaccination rates has her reevaluating that timeline and wondering if the congregation could come back together in person as soon as this summer.

“Biden’s announcement might make us comfortable coming back sooner than we thought,” she said of the president’s address last week that all Americans would be eligible to receive the coronavirus vaccine by May 1.

Even synagogues that are taking steps back into their sanctuaries don’t plan to end the virtual services their congregants have been attending for the last year.

At Congregation Shearith Israel in Dallas, the final day of Passover will mark the first day of the synagogue’s reopening, nearly a month after Texas ended its mask mandate and all statewide pandemic restrictions. The synagogue will open for a Yizkor service for 50 congregants with masks and social distancing, and will also add in-person services for one evening service per week, Shabbat morning services and Friday evening services over the course of several weeks.

“It’s going to be a gradual startup in terms of the arc that it’s taking,” Rabbi Ari Sunshine said of the plan.

But the synagogue is going to keep up its daily prayer service online.

“Our engagement online for daily minyanim is considerably higher than it was when we were in person,” Sunshine said, noting that the virtual option made it much easier to access a weekday minyan.

As a Conservative synagogue, Shearith Israel has been offering Zoom services on Shabbat and holidays only on an emergency basis, after the movement’s Law Committee published a Jewish legal opinion last year allowing online services as a pandemic measure. But Sunshine said he expects that the virtual option won’t disappear anytime soon, even on Shabbat, where he thinks more people want to return to in-person services.

“Especially in a time when people have been so lonely and confined, to be able to give them another way to connect on Shabbat with community is powerful,” he said.

The same goes for Rabbi Sharon Brous, the rabbi of Ikar, a nondenominational synagogue in Los Angeles, and one of its founders. Though she hopes to resume in-person services in the near future as California expands its vaccination eligibility, Brous is sure Ikar will continue to offer some virtual services over the long term.

At the beginning of the pandemic, Brous hadn’t thought the virtual Ikar offerings would become an integral part of her work. In fact, in the first weeks of the lockdown last spring, the rabbi did not participate in the community’s virtual Shabbat services because she does not use technology on Shabbat.

But within a few weeks of beginning virtual Shabbat services, Brous began joining by setting up the video call before the start of the Zoom service. And Ikar is among a number of synagogues to see growth with the launch of virtual services, with 210 households joining Ikar over the course of the last year, 40 of which joined during Yom Kippur alone.

The newcomers are an integral part of the community, Brous said, even as not all of them live near Los Angeles — or even in the United States.

“We will be maintaining the online presence regardless,” she said.

Some critics of virtual services have raised concerns about whether congregants will return to synagogue buildings when it becomes safe.  Brous has no such worries.

“There have been really beautiful advances made that have made people feel connected in a difficult time,” she said. “But I am not at all worried that we’re not going to find our way back to each other.”