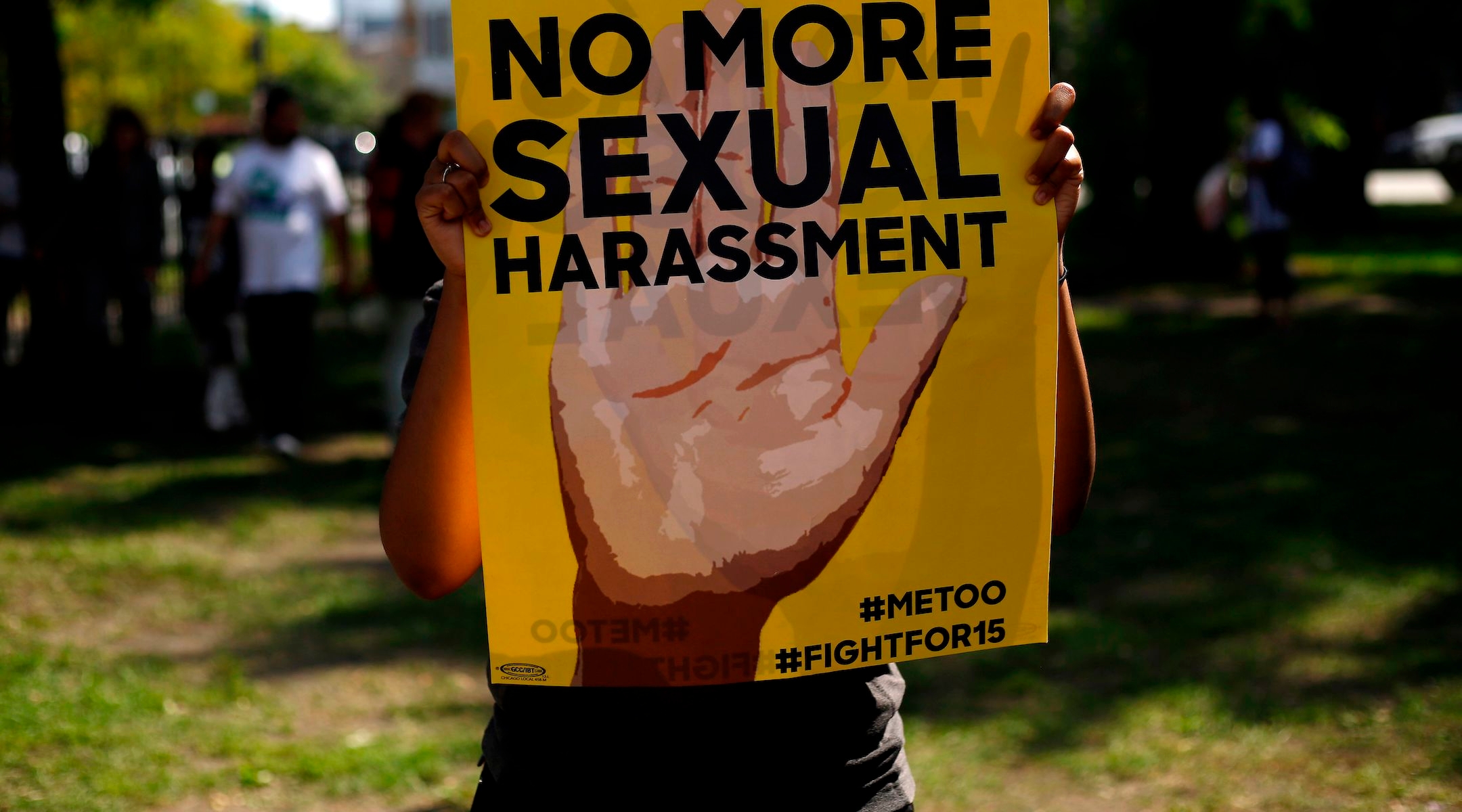 (JTA) — More than 500 rabbis and cantors signed a letter Thursday condemning attempts to “rehabilitate” Steven M. Cohen, a leading Jewish sociologist who was accused by multiple women of sexual harassment and inappropriate touching in a 2018 article in The New York Jewish Week.

The letter follows a report by the Forward that Cohen and three other longtime colleagues have been inviting Jewish leaders to off-the-record Zoom discussions about contemporary issues in Jewish life — an effort some see as an attempt to bring Cohen, a leader in the field of Jewish demography for decades, back into the fold after Jewish institutions cut ties with him in the wake of the accusations.

“We have become aware that conversations have been convened across the field of Jewish organizational life and sociology with Steven M Cohen — who is an admitted and unrepentant* perpetrator of sexual abuse — and his associates. As Jewish clergy, we know that actively participating in the rehabilitation of unrepentant abusers is not value neutral, and we know that lifting up the work of unrepentant abusers is not value neutral,” the clergy wrote.

The asterisked note reads: “Until Cohen confesses, offers amends and apologizes to those he harmed, and does work towards transformation, he is considered unrepentant in the eyes of Jewish law and tradition.”

The participation of a number of Jewish leaders in the discussions with Cohen and his colleagues has raised questions about how someone  accused of inappropriate behavior or misconduct can return to public life. While Cohen acknowledged to The Jewish Week in 2018 that his behavior had followed “a pattern” and said he was “deeply apologetic to the women whom I have hurt by my words or my actions,” the rabbis said Cohen had not sufficiently made amends to his victims to earn the community’s acceptance.

Before the accusations against Cohen were made public, he served as a professor at Hebrew Union College-Jewish Institute of Religion and directed the Berman Jewish Policy Archive. He also authored a number of influential studies on Jewish demography and consulted on projects like the Pew Research Center’s study of American Jews.

Cohen, along with Sylvia Barack Fishman, a former professor of Jewish studies at Brandeis University; Steve Bayme, the former director of the American Jewish Committee’s director of contemporary Jewish life; and Jack Wertheimer, a professor at the Jewish Theological Seminary, had invited small groups of scholars and Jewish communal leaders to the off-the-record Zoom discussions about contemporary Jewish issues.

The clergy letter, which condemned the meetings, was organized by Rabbi Danya Ruttenberg, scholar-in-residence at the National Council of Jewish Women, and Karen Reiss Medwed, an assistant dean at Northeastern University’s graduate school of education, who first sent it to colleagues to sign on Wednesday night.

Among the signatories are major Jewish communal leaders, including Rabbi Rick Jacobs, president of the Union for Reform Judaism; Rabbi Jacob Blumenthal, CEO of the United Synagogue of Conservative Judaism and the Rabbinical Assembly; and Rabbi Deborah Waxman, president of the Reconstructionist Rabbinical College.

A separate letter signed by more than 100 rabbinical and cantorial students on Thursday echoed the clergy letter.

“Meeting with unrepentant abusers not only impedes the teshuva process, which takes time and space, it also sends a message about our community’s values and shapes its trajectory,” the students wrote. “Those who participate in these closed-door conversations choose intellectual exploration over supporting survivors of sexual misconduct and other marginalized groups.”

That letter was organized by Talia Kaplan, Lilli Shvartsmann and Jessica Dell’Era, students at the Jewish Theological Seminary, as well as Avigayil Halpern of Hadar and Leah Nussbaum of Hebrew Union College.

In another statement earlier this week, the women’s caucus of the Association of Jewish Studies said it was “disappointed” by the meetings held by Cohen and his colleagues.

“This attempt to re-center and rehabilitate a disgraced and ostracized scholar has real consequences,” the group wrote. “The Women’s Caucus views these efforts as unacceptable and deeply troubling, because they jeopardize the position of junior and contingent scholars as well as re-victimizing women targeted by Cohen.”