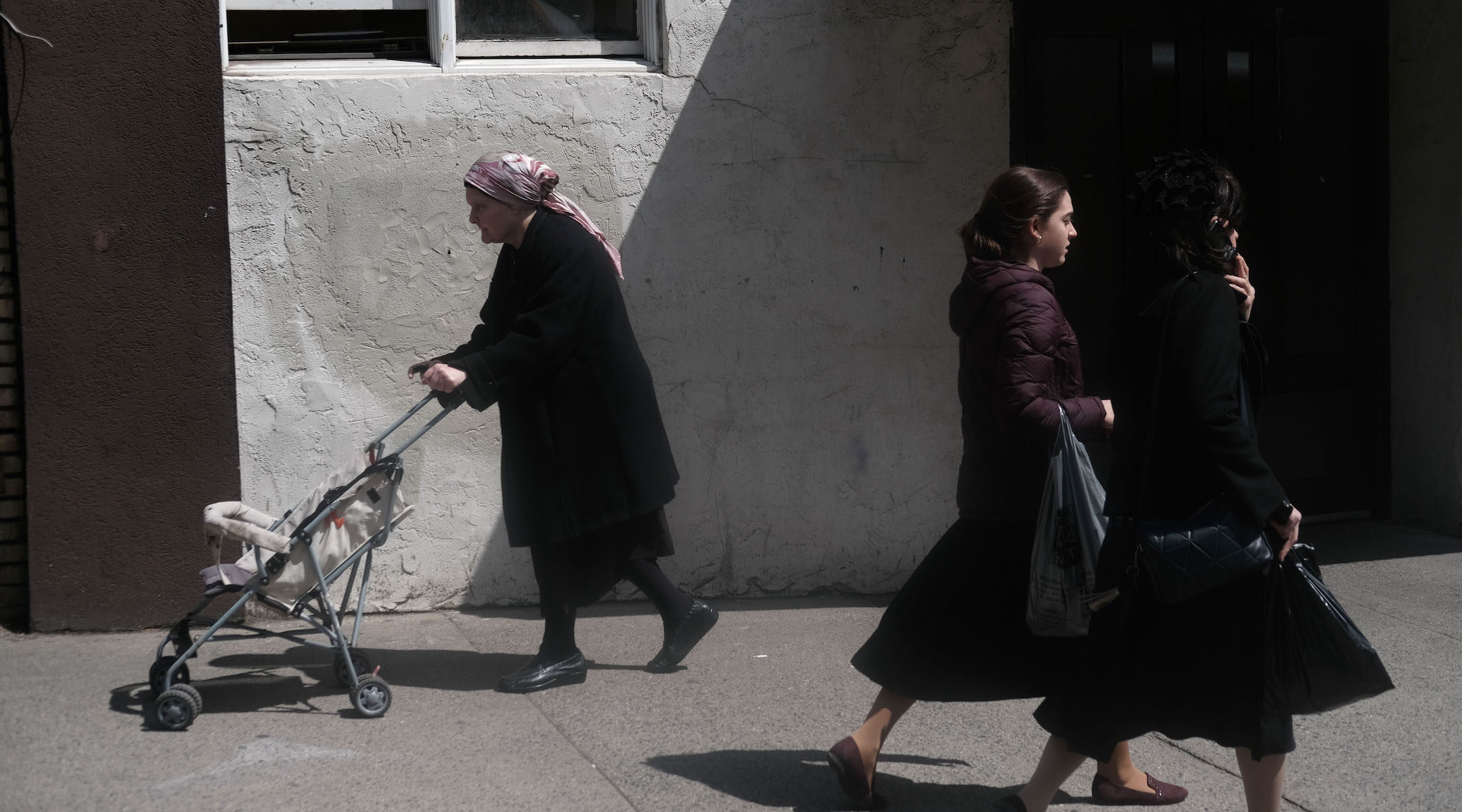 (JTA) — Hundreds of infants in Orthodox Jewish neighborhoods of Brooklyn are sick now with a common respiratory virus that typically does not circulate during the spring, raising fears as to whether the infections in those communities could again become an indicator of what’s to come elsewhere in New York City and the country.

At least 15 patients from Dr. Israel Zyskind’s pediatrics practice in Borough Park are hospitalized currently with respiratory syncytial virus, or RSV, a virus that manifests as little more than a common cold in adults but can be dangerous for infants and toddlers.

Typically, Zyskind said, no more than a handful of children from his practice would be hospitalized at any given time because of RSV. And those hospitalizations would come during the winter, not as the weather warms.

The recent explosion of RSV cases in Orthodox Brooklyn is on New York City’s radar. According to the city’s Health Department, there were 10 documented cases of RSV in Brooklyn during the last week of February. During the week of April 4-10, there were 294.

The cases are appearing in Williamsburg, Borough Park, Bensonhurst, Kensington and Midwood.

“Parents and guardians are encouraged to keep sick children at home and prevent anyone with cold-like symptoms from coming in contact with young children,” the Health Department is advising. “If children are having difficulty breathing, wheezing, not eating or drinking, parents should contact their health care provider immediately.”

The unusual pattern of RSV in Orthodox neighborhoods of Brooklyn comes slightly more than a year after the area hosted some of the earliest outbreaks of COVID-19 in the city. At the time, the community’s communal practices and multigenerational families were seen as creating ripe conditions for the disease’s spread, particularly before guidance was given to halt gatherings and stay home.

Those same conditions could make the communities early indicators for patterns of disease that emerge after COVID-19 recedes.

RSV is one of the typically common illnesses that have receded during the pandemic, surprising many doctors. The virus, which causes symptoms like runny nose, cough and fever, and can cause a child to eat less, spreads easily in schools and day care facilities. Most children will have contracted the virus by the age of 2 and, for most of them, the virus is not dangerous. But RSV can lead to more serious illness in babies, whose airways are smaller and who have no immunity to the virus.

This winter, a time when RSV normally circulates widely, doctors in Brooklyn said they saw few or no cases. But that has changed in recent weeks.

Earlier, RSV had spread out of season elsewhere. Australia saw a similar outbreak in the fall, when the weather is warm there. Doctors in the country speculated that lockdowns last year kept people from contracting RSV, therefore lowering the level of immunity to the virus in the general population as it emerged from lockdown.

Zyskind thinks there may be something similar happening in Brooklyn.

“Nursing mothers, who would [typically] protect their children through passive immunity, aren’t able to give that robust immunity to their children this year because the mothers were not exposed to these viral illnesses last year as they usually are,” the doctor said.

“Also, a lot of the toddlers who get mild illness skipped the typical RSV season last year, have no immunity to RSV, and thus pass it to their siblings or neighbors.”

Dr. Ben Katz, a professor of pediatrics at the Northwestern University Feinberg School of Medicine and an expert in infectious diseases, suggested another theory.

“When one virus comes into a community, others usually go away,” Katz said, explaining that one virus will crowd out the others.

That theory has also been used to explain why this year’s flu season has been nearly nonexistent, bypassing the nightmare scenario some feared if the flu and coronavirus spread simultaneously.

Why the virus is circulating so quickly through Orthodox communities and appearing far less frequently in other communities in New York City is unclear.

The larger families in Orthodox communities may explain the increased spread as more children per household are able to pick up the virus in school and bring it home to younger siblings. The cramped living conditions in some Orthodox neighborhoods also may be a contributor.

While most schools in the United States are either being taught online or meeting in person with precautions like masks and social distancing, many Orthodox schools, particularly in Hasidic neighborhoods, have been far more lax about COVID precautions. That laxity may be creating an environment in which other viruses, not just the coronavirus, can spread more easily.

But the question of why cases are spiking now, when schools in Orthodox communities have been open since the beginning of the school year, remains unanswered.

“We’re trying to figure out why we’re seeing it here first,” Zyskind said, noting that day cares across the country have been open for months. “But I really don’t know why it’s happening in our community.”

Doctors already are anticipating the possibility of a more intense flu season next year due to the fewer number of people who contracted the illness this year.

“We live in a very delicate ecosystem in balanced equilibrium,” Zyskind said. “The lockdowns were necessary to stop COVID, but there’s going to be a cost on the other end for other viral illnesses that were skipped during the lockdowns.”