Elliot Resnick, Jewish Press editor who entered US Capitol on Jan. 6, to be replaced 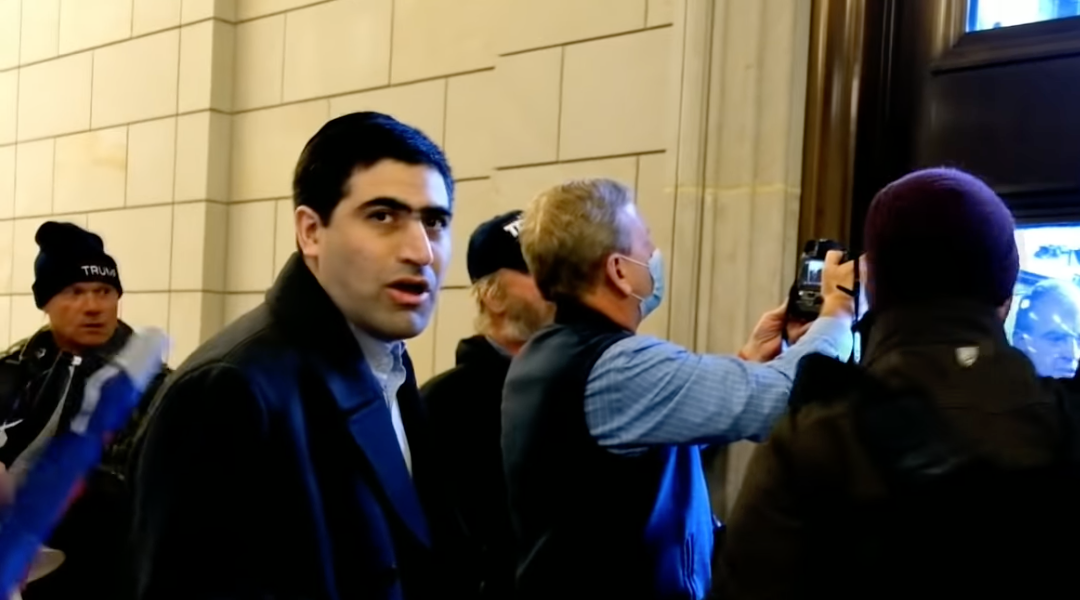 Elliot Resnick, then editor-in-chief of The Jewish Press, was among the group that breached the Capitol on Jan. 6, 2021. (Screenshot from YouTube)
Advertisement

(JTA) — Elliot Resnick, the editor of a politically conservative Jewish newspaper who was identified among the crowd that breached the U.S. Capitol building on Jan. 6, is out of the job.

Shlomo Greenwald, a grandson of the founders of The Jewish Press who has worked at the weekly paper since 2004, announced in a Facebook post Wednesday morning that he would be assuming the role of senior editor at the paper, replacing Resnick.

“I am both exhilarated and daunted by the work ahead in building on the great things The Jewish Press has always done while making improvements,” Greenwald said in a statement to the Jewish Telegraphic Agency, declining to comment on the paper’s decision to replace Resnick. “The Orthodox Jewish community in the US is broad, and I hope to make a newspaper that will speak to and enlighten the community. The core interests of the community remain: fighting for a secure Israel and advocating for religious freedom at home, areas that The Jewish Press has always championed, and that I will continue to embrace in this role.”

Greenwald did not respond immediately to questions about the future political direction The Jewish Press would take under his leadership. But he takes over at a time when the political identity of the newspaper — and its editor — has been the subject of widespread attention.

Resnick was identified in YouTube videos of the Capitol breach by a researcher and first reported on by Politico in April.

At the time Naomi Mauer, the publisher of The Jewish Press, appeared to stand behind Resnick.

“As we understand the facts, we believe that Mr. Resnick acted within the law,” Mauer told Politico in an email, declining to respond to follow-up questions.

The paper’s editorial board later published a statement online saying that Resnick was at the Capitol in a journalistic capacity on Jan. 6 but the paper decided not to publish anything about the Capitol breach “because of the heated atmosphere surrounding the day’s events, especially within New York’s Orthodox Jewish community.”

Mauer did not respond immediately to a JTA request for comment Wednesday.

Resnick assumed the position of editor at The Jewish Press in 2018. He has long had a history of using incendiary language and has called the gay rights movement “evil.” Under Resnick’s editorship, The Jewish Press was criticized by the Anti-Defamation League in 2019 after publishing an op-ed titled “The Pride Parade: What Are They Proud Of” comparing gay marchers in the New York event to animals, adulterers and thieves.

“If blacks resent America’s [sic] so much, let them discard Christianity (which the ‘white man’ gave them) and re-embrace the primitive religions they practiced in Africa,” Resnick wrote in a tweet in 2019.

“Can someone give me a coherent reason why blackface is racist?” he wrote in another tweet that year.

Resnick was not the only editor in Jewish Press history to espouse racist views.

The paper was edited in the 1960s by Rabbi Meir Kahane, a Jewish nationalist who advocated violence against Arabs and was banned from the Knesset, Israel’s parliament. Though the paper distanced itself from Kahane in 1969, it still lists him among the paper’s prominent past editors on its website.

In 2015, Resnick gave a glowing review to a Kahane biography written by Kahane’s wife and described his own experience of “near trance” while reading one of Kahane’s books in high school.