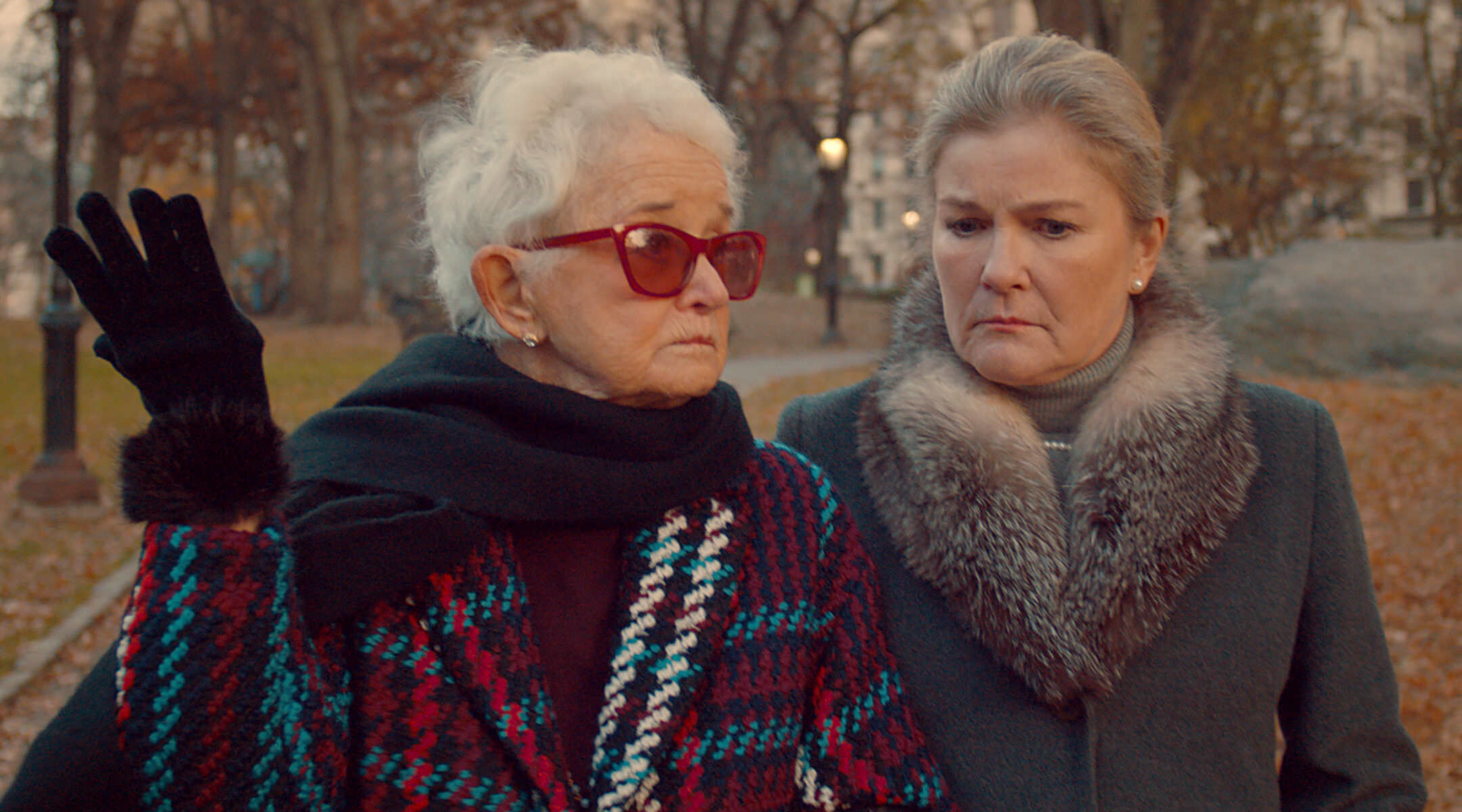 (JTA) — How did aliens find their way into a nice Jewish dramedy?

It’s hard to say for sure how extraterrestrials factor into “The Magnificent Meyersons,” a new independent film written and directed by Evan Oppenheimer. Even for those who watch the movie, the answer isn’t really clear.

But here’s what happens: The film’s prolonged first act is structured as a series of loosely connected conversations among neurotic Manhattanites, nearly all of whom are Jewish. They largely debate philosophical matters like the existence of God and what kind of weather event best describes them. We don’t quite know how these people fit together beyond the occasional onscreen text revealing that several are related.

Exactly 30 minutes in — too soon into the movie to qualify as a spoiler, but too late to be a proper inciting event — everyone’s phone buzzes at once. The characters stop what they’re doing to read the message, which seems to be some kind of emergency alert. Yep, aliens. Or, at least, the government suspects that a mysterious radio frequency has extraterrestrial origins.

Our multitude of characters handles this extraordinary event with what might best be described as mild bemusement. There’s a rabbinical student (Daniel Eric Gold), already suffering a crisis of faith, who briefly considers whether the existence of aliens might shake his uncertain belief system. There’s a book publisher (Jackie Burns) who has already confessed something deeply personal to her husband; she now decides she may, or may not, make a career change.

We never actually see any aliens. Only the potential of their existence concerns anyone, and even this nugget of information is more or less forgotten by the movie’s end. Faced with the grand mysteries of the cosmos, self-absorbed yuppies, we learn, may well continue to play their part.

Indeed, it turns out that when it comes to dramatic potential, otherworldly beings have nothing on Richard Kind. The beloved “Spin City” and “A Serious Man” character actor, who plays the long-absent family patriarch, turns up even later in the film than the aliens. And it’s his presence, playing against type as a taciturn and deeply depressed loner, that finally crystallizes what “Meyersons” is trying to say about life, the universe and everything.

Until then, the four grown Meyerson children and their mother, a pediatric oncologist named Terri (Kate Mulgrew of “Orange is the New Black”), are trying to figure out this whole existence thing on their own. They talk a lot; they have a flair for the theatrical. Most scenes find one of them loudly voicing their thoughts alongside some secondary person who listens patiently. Everyone is walking around outside, “mostly within a couple blocks of 14th Street,” as the end credits helpfully note. There are a great many transitional exteriors of the Manhattan skyline.

There are so many characters, and in a scant 88 minutes so little time to get to know any of them, or how their father’s absence affected each of them. That said, with so many monologues, “Meyersons” is a formidable actors’ showcase, and the performers are compelling even when the filmmaking itself fails them. For example, the wonderful deaf Jewish actress Shoshannah Stern (“Grey’s Anatomy,” “Supernatural”) is magnetic as a steely realtor, even when Oppenheimer frequently cuts her signing out of the frame.

Occasionally there’s a punch of brutal insight that seems like it’s fallen straight out of Woody Allen or Noah Baumbach.

“You don’t believe in God. That’s OK, you’re a New York Jew, you’re not supposed to,” a congregant tells the maybe-lapsed rabbi.

Elsewhere, Terri’s own mother (screen legend Barbara Barrie) bemoans that she’s too old to see how the aliens will wind up changing society.

“It’s as if I get to watch the first half of the show and I don’t get to see how it ends,” she says.

“Meyersons” gives us glimpses of this family story, not the full picture. But who are we to demand the complete arc of these people’s lives? We’re not aliens or God; we’re only human.

“The Magnificent Meyersons” opens virtually and for rooftop in-person screenings at the Marlene Meyerson JCC Manhattan on Aug. 20 and in Los Angeles on Aug. 27.