‘Fiddler’ meets ‘The Sopranos’: A gritty, forgotten novel by Sholom Aleichem is published in English for the first time 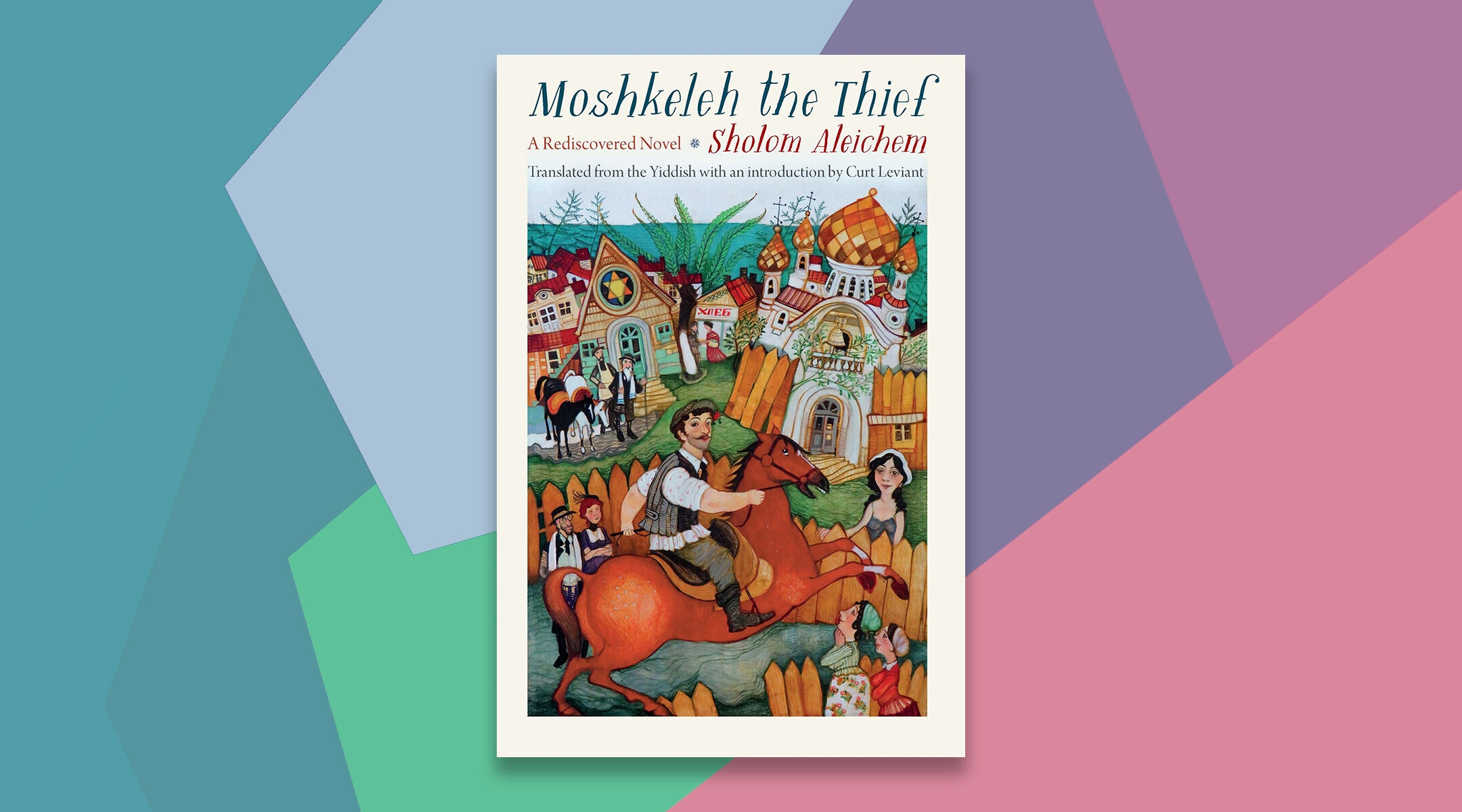 The cover of Curt Leviant's translation of "Moshkeleh the Thief." (The Jewish Publication Society)
Advertisement

(JTA) — Move over, Tevye the dairyman. Make room for Moshkele the thief, the rough and tumble rogue hero from the wrong side of the shtetl in a newly rediscovered work of fiction by Sholom Aleichem.

The recent publication of “Moshkele the Thief: A Rediscovered Novel” (Jewish Publication Society/University of Nebraska Press), translated from the original Yiddish and with an introduction by Curt Leviant, marks the first ever English-language translation of the novella by perhaps the most popular and most widely read Yiddish writer.

Sholom Aleichem, the pen name of Shalom Rabinowitz (1859-1916), was a masterful storyteller whose keen eye, wit and humor earned him the reputation as the Jewish Mark Twain. He left a legacy of novels, plays, essays and stories that have been translated into dozens of languages. His fictional stories of Tevye, the everyman’s philosopher of Jewish life, family and faith in a shtetl village in Czarist Russia, inspired the musical “Fiddler on the Roof.”

But even though Aleichem could write about flawed characters and the grittier side of shtetl life, Moshkele is a far cry from Tevye. The all-but-forgotten tale, first serialized in Yiddish in a Warsaw newspaper in 1903 — a year before Rabinowitz would leave Kyiv for New York City, and three years before his death at 57 — explores the underside of Jewish life in Eastern Europe. The novella brims with the doings of horse thieves, cheats, swindlers and a pious tavern keeper who doesn’t hesitate to show off his comely daughters to sell a few more bottles of vermouth.

The book also captures relations between Jews and non-Jews, another rarity in popular Yiddish writing of the day.

It took the astute eye of Leviant, a seasoned translator and scholar of Sholom Aleichem’s work, to spot references to “Moshkele the Thief” (“Moshkele Ganev” in Yiddish) while doing research at the Hebrew University Library in Jerusalem. A retired Rutgers University professor of Hebrew literature and the author or translator of more than 25 books (including the forthcoming novel, “Me, Mo, Mu, Ma & Mod”), Leviant was thumbing through old copies of the Yiddish quarterly “Di Goldene Keyt” when he noticed a brief mention of the title. “Moshkele” is not included in the 28-volume “The Complete Works of Sholom Aleichem,” published after his death.

“I felt I was at the edge of a gold mine,” Leviant wrote in an email.

Back at home in New York, his query to the National Yiddish Book Center turned up copies of the three Yiddish editions of “Moshkeleh Ganev,” dating from 1913 (Warsaw), 1927 (Kiev), and 1941 (Moscow).

“I read this short novel in one sitting and decided that his gem must make its way to the public,” Leviant recalled. He immediately began translating. 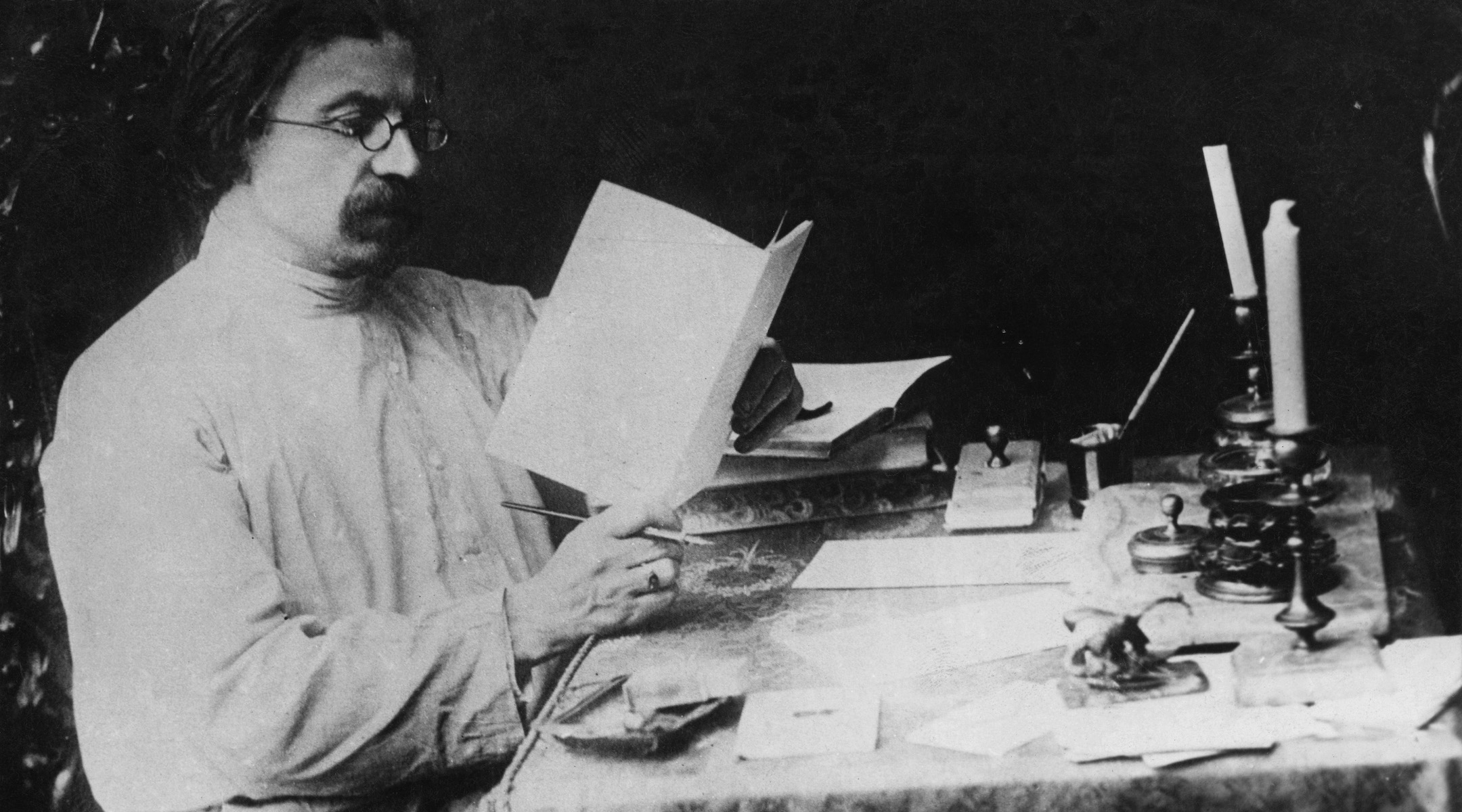 Leviant captures the broken syntax and jargon of the shtetl demimonde, who prefer euphemisms like “I shot a bird” or “I whistled it out of the shed” to refer to their crimes.

Moshkele prefers horses to his religious school rabbis from a young age, and is portrayed as an intimidating but lonely soul, rejected in love and disdained by his co-religionists in the small town of Mazapevke — anticipating misunderstood literary gangsters from Isaac Babel’s Benya Krik to James Gandolfini’s Tony Soprano.

The story unfolds over the course of 20 brief chapters, reflecting the rhythm of its original run as a serial, cliffhangers and all. Early on, the narrator teases with the tantalizing scandal of Tzirele, the beautiful unmarried daughter of Chaim Chosid, who runs Mazapevke’s tavern. Unlike her sisters, Tzirele wants more to life than being matched in marriage and mothering a brood of children.

In a rebellious turn that might have shocked contemporary readers, Tzirele runs away with the town’s Christian liquor tax collector, who arranges for her to take up residence at the local monastery until they can be married. With nowhere else to turn, Tzirele’s bereft family pins its hopes on Moshkele for her rescue.

Even amidst the trauma, the book’s tone remains wry: The monastery garden is “an earthly paradise, as it was called in Mazepevke, even though no Jew had ever had the privilege of setting foot in it.” Sholom Aleichem also occasionally breaks the fourth wall and addresses the reader directly: “But let’s cast philosophy aside and return to our novel,” he writes at one point.

Sholom Aleichem himself was pleased with the novel, Leviant explains in the book’s introduction.

“’I now feel as if I’ve been born anew, with new – brand new – strength. I can almost say that now I’ve really begun to write. Until now, I’ve only been fooling around,’” Sholom Aleichem wrote in a letter published in a later biography.

It certainly opened up possibilities for other writers in Yiddish. Leviant writes that the next generation of Yiddish writers – including Sholem Asch and Isaac Bashevis Singer – “had no qualms representing the seamy side of Jewish life.”

By the time “Moshkele Ganev” was published, Sholom Aleichem was at the height of his literary career and popularity, Leviant noted. “Perhaps earlier, he would not have attempted a portrait of a ganev,” he wrote. “The fact that the book was serialized in full shows that readers were clamoring for the next installment.”

Curt Leviant will talk about the book and his serendipitous rediscovery of the nearly forgotten tale in a virtual program on Thursday, Oct. 7 at 1:00 p.m. ET, sponsored by the YIVO Institute for Jewish Research. Register here. https://www.yivo.org/Moshkeleh-Ganev