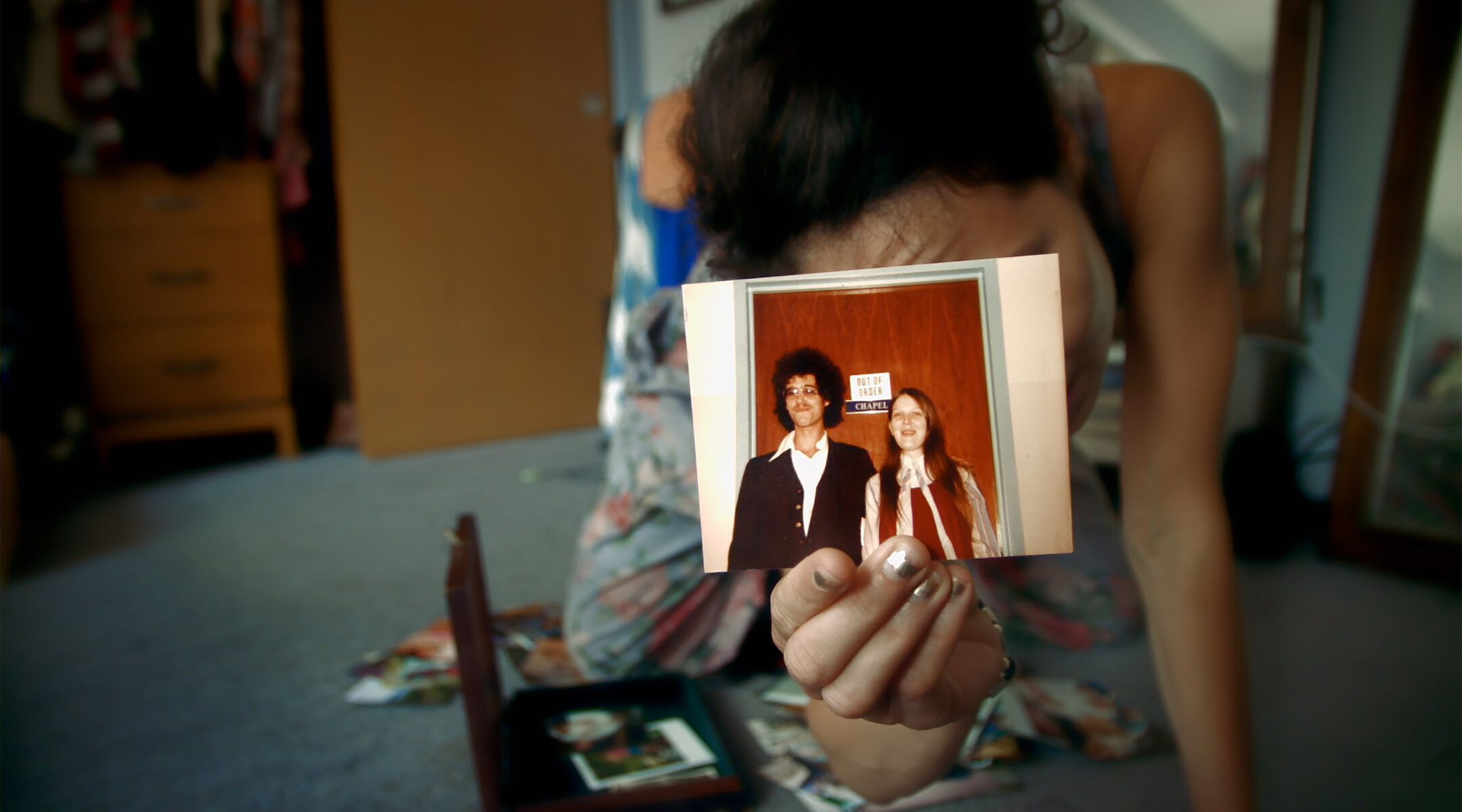 A still from "Charm Circle," Nira Burstein's documentary about growing up in the Kew Garden Hills neighborhood of Queens, New York, and her attempts to repair frayed family ties. (Courtesy DOC NYC)
Advertisement

(New York Jewish Week via JTA) — In the new documentary “Charm Circle,” director Nira Burstein revisits her childhood home on Charm Circle in the Kew Garden Hills neighborhood of Queens, New York, where her father Uri and mother Raya (who are referred to throughout as Ima and Aba) still live, and where Burstein’s older sister Judy lives in a group home close by.

Splicing between interviews with her parents and shaky shots of them in their shabby home are old home videos of the family that reveal seeds that grew into decades of familial conflicts. Every shot unveils another layer of the family dynamic. No member is afraid to put their heart on the screen and bare their grievances and their love, except for maybe Nira herself, who remains behind the camera for all but a few intimate scenes.

There is an unspoken agreement — between father and daughter, between sister and sister, between husband and wife — that Burstein is attempting to repair irreparable damage, that she will test once and for all the strength of the bonds that hold a family together.

“I just want to say, Nira, I’m sorry to you for not being there for you and making you be a grownup when you were still a kid,” Raya says at one point. After a long pause, Nira whispers “It’s all right” from behind the camera.

“Charm Circle” is a heartbreaking, raw and ultimately loving exploration of family, relationships and fortitude, about the choices we make and the ones we don’t, and the impact they have. It is also one of at least six films of special Jewish interest at DOC NYC, which bills itself as America’s largest documentary festival.

Jewish Week readers may want to keep on eye on these films, three of which take a critical look at Israel:

“Boycott” (Dir. by Julia Bacha): Bacha looks at the fallout from a law in Texas that banned state entities from dealing with businesses that boycott Israel or its settlements. Although it was hailed by pro-Israel activists, the law raised free speech issues, which the film explores through the stories of a publisher, attorney and teacher who say they were unfairly asked to choose between their political beliefs and their jobs. Bacha, whose previous films explore Palestinian and Israeli activists who oppose the Israeli occupation, is no fan of the anti-boycott legislation.

“The Devil’s Drivers” (Dir. by Mohammed Abugeth): Filmed over eight years, the documentary follows the drivers who smuggle Palestinian workers by car to their job sites in Israel. The film documents life in the Palestinian-controlled territories, and the fraught interplay among the military, Palestinian workers and Israeli employers who depend on the underground pipeline of laborers.

“The Forgotten Ones” (Dir. by Michale Boganim): French-Israeli director Michale Boganim looks back at the discrimination faced by Jews from North African and Arab countries when they arrived in Israel in the 1950s and ’60s. Boganim tells the story of her own late father, who emigrated from Morocco and was part of Israel’s Black Panthers movement, which advocated for Mizrachi rights in the 1970s. 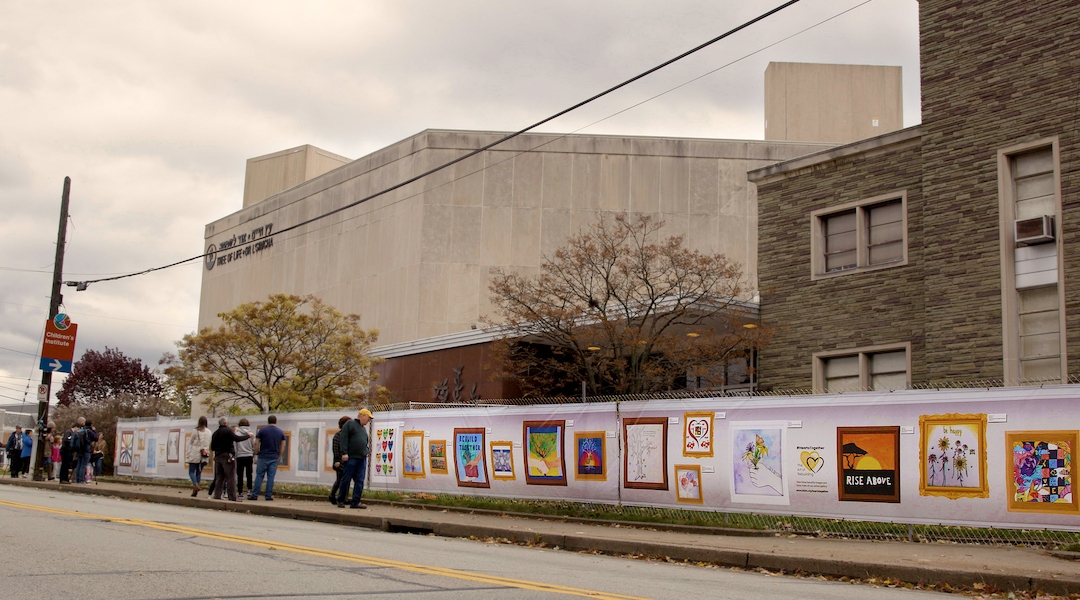 The Tree of Life synagogue in Pittsburgh, in a still from “A Tree of Life,” Trish Adlesic’s documentary about the 2018 massacre of 11 Jews. (Courtesy DOC NYC)

“A Tree of Life” (Trish Adlesic): Adlesic got intimate access to the survivors and the families of victims of the 2018 massacre at the Tree of Life synagogue in Pittsburgh. Her film, co-produced by Michael Keaton and Mark Cuban, asks how such hate could have found a home in America, and how the community has tried to heal from the deadliest antisemitic attack in U.S. history.

“Three Minutes: A Lengthening” (Dir. by Bianca Stigter):  Three haunting minutes of rare color footage, depicting the Jewish inhabitants of Nasielsk, Poland, are the basis of this examination of what was lost in the Holocaust. Stigter examines every frame of the home movie, which writer Glenn Kurtz found in his parents’ home in Florida and used as the basis for his own detective work into the victims and survivors.