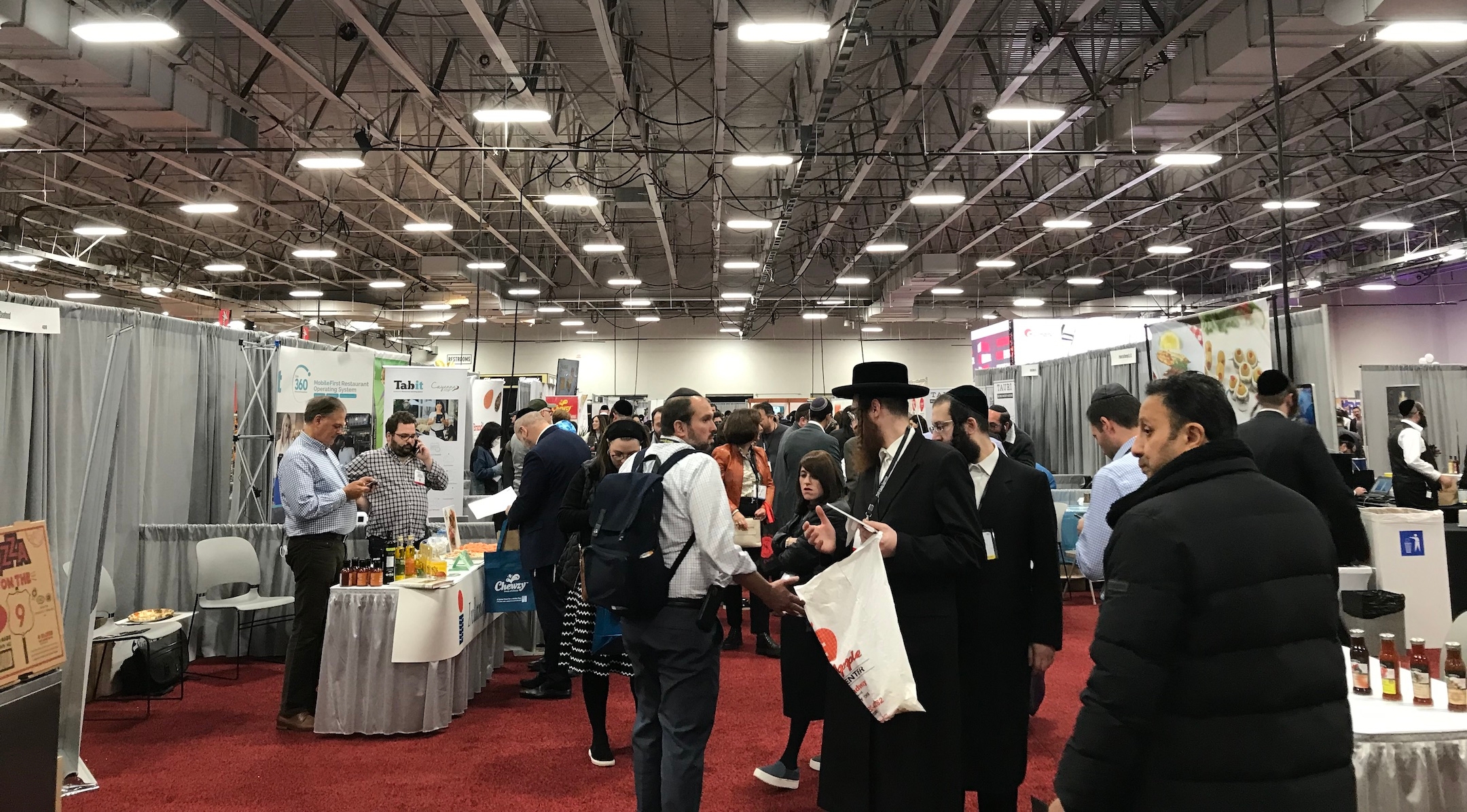 (New York Jewish Week via JTA) — “Honey, I think I may have a buyer!” a man in a black suit yelled into his phone, pacing up and down his 10’ x 10’ booth displaying dozens of bottles kosher of South African wine. “But we have to move now.”

Kosherfest, the largest kosher-certified product trade show in the world, returned to the Meadowlands Exposition Center in Secaucus, New Jersey this year, after a two-year hiatus due to the pandemic. From restaurateurs to tour group operators to hotel chains to supermarkets, “every kind of kosher decision maker will find opportunity and inspiration at Kosherfest,” according to the event’s website. The show is co-produced by Diversified Business Communications and Lubicom, and Kosher Today, a trade journal. 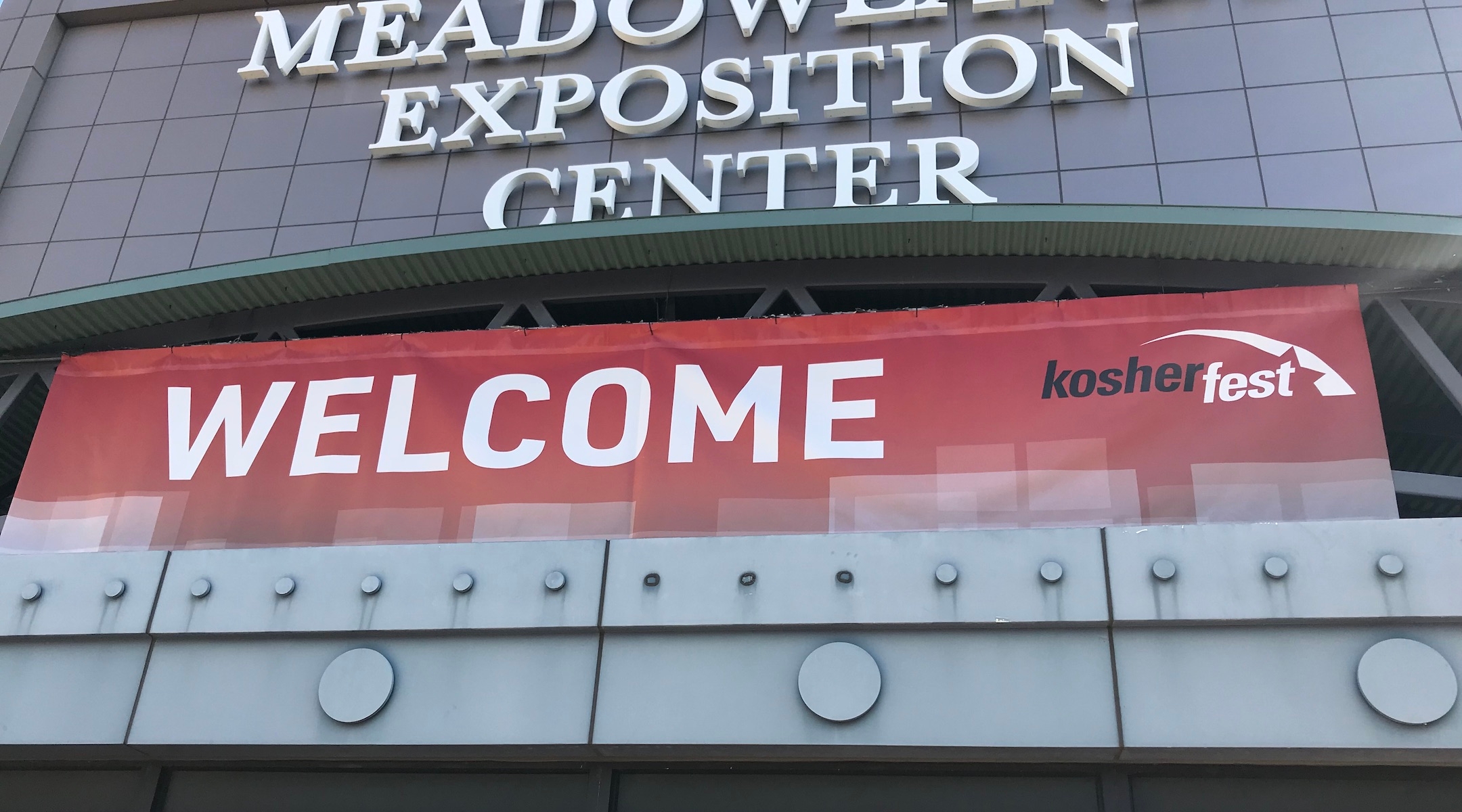 Kosherfest is an annual trade show for vendors to showcase their newest and best products to major distributors and buyers in the kosher food industry. (Julia Gergely)

More than 300 different exhibitors made the trip to Secaucus this week, all vying for an opportunity to pitch their products to biggest names in the kosher industry. Some vendors opted for flashy displays, decking out their booths to resemble a real bakery counter or cafe. Some vendors, like Brooklyn’s venerable Flaum Appetizing, chose instead to showcase the breadth of their wares, offering an impressive spread of samples that included slices of pizza, pasta, hummus, dips and cheese. In addition to food, there were booths for supplements, dishware and plastic utensils.

If the food itself doesn’t get the message across, a brand’s spokesperson will. Some companies even hire outside people to hype their products for the two day event.

Chanie Engel, who could be found at the Mehadrin Dairy booth this year, used a microphone to get festival-goers’ attention. She’s worked various booths at Kosherfest over the course of 15 years. “They fight over me,” Engel told the New York Jewish Week, lowering her microphone. “I’m the best.”

While pushing Gevina Farms Greek yogurt, she chats up attendees by guessing their accents. “You’re from Dallas,” she says to one man. “You’re from Midwood,” she tells another.

Her friend, Dena Tocker, used to represent the dairy booth — until Engel was hired, that is. This year she went fleishig (meat), holding down the fort at KJ Poultry from Monroe, New York. “I don’t even need a microphone,” she said. “I’m loud enough without it.” Although Kosherfest was smaller this year — Covid-related travel restrictions meant a limited international presence — Tocker was happy to see that many businesses had made it through the pandemic  “It’s nice to be back,” she said.

While it may be a large business convention, at its heart, Kosherfest felt like a Jewish gathering. And, like any Jewish gathering, it seemed that most attendees were there to eat. So we did. The food samples were both plentiful and varied, from kimchi to gelato to Slivovitz. And while much of the fare was what you’d expect — pastries, cold cuts and kugel — here are five of the most interesting items at Kosherfest that you might see at your local kosher supermarket soon. 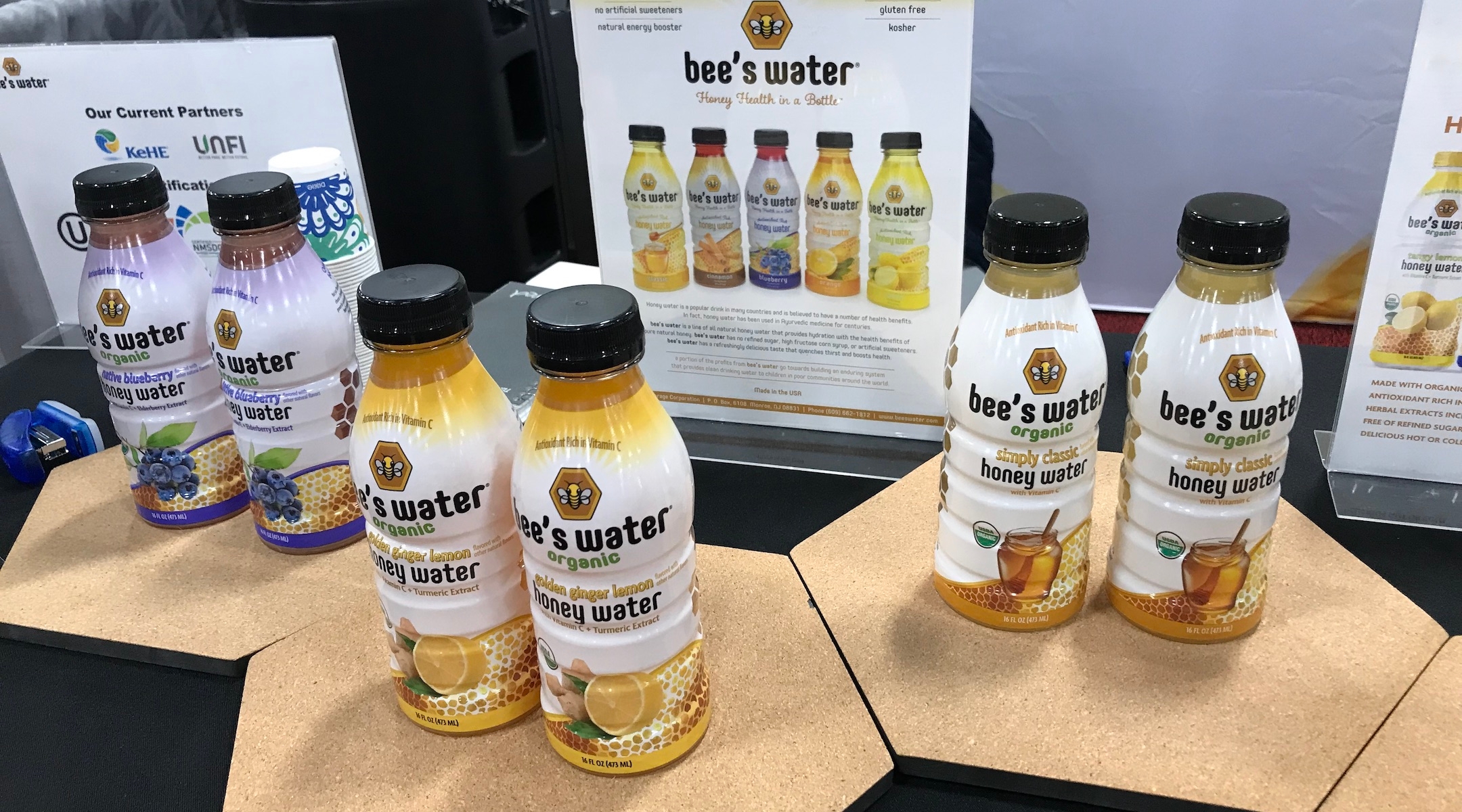 Bee’s Water is a concoction of honey, vitamins and flavorings. (Julia Gergely)

Bee’s water is turning an age-old cure for sore throats — honey — into a prepackaged beverage packed with vitamins and flavor. There are five different flavors to choose from, including blueberry and cinnamon, and an organic line on the way. It tastes like bottled-up Rosh Hashanah that you can enjoy all year round. A 12-bottle variety pack is currently selling for $35.99.

Gone are the days of wondering what prosciutto, bacon or chorizo might taste like. After working at a top kosher restaurant in Paris, French Chef Benjamin Lapin spent years researching and developing charcuterie recipes made with 100% kosher beef. Although Ben’s Best is based in Florida, kosher buyers can order online and have its dry-cured meats shipped anywhere.

With Standard Time upon us — hello, sunset at 4:45! —  it’s important to get extra vitamin D wherever you can. Winner of Kosherfest’s Best New Product in the category of Health and Wellness, Good Raz (pronounced “raze”) developed tasteless, scentless, water-soluble Vitamin D3 drops to put in your morning coffee or water. It’s good for kids who don’t like swallowing pills, and the water-soluble technology means it will absorb into your system more quickly than pills, the manufacturer claims. A bottle costs $19.99 and lasts 4 months.

Traveling all the way from St. Johnsbury, Vermont, Cary & Main brought a taste of the Green Mountain State with their maple creme, a delicious, creamy maple spread that’s pareve (neither meat nor dairy). The spread could go on toast, crackers, baked goods or even eaten straight out of the jar (which retails for $18.75). There are two varieties, Golden and Amber, and both are “hand-crafted by artisans in a small Vermont town as picturesque as you imagine it to be,” according to their web site. 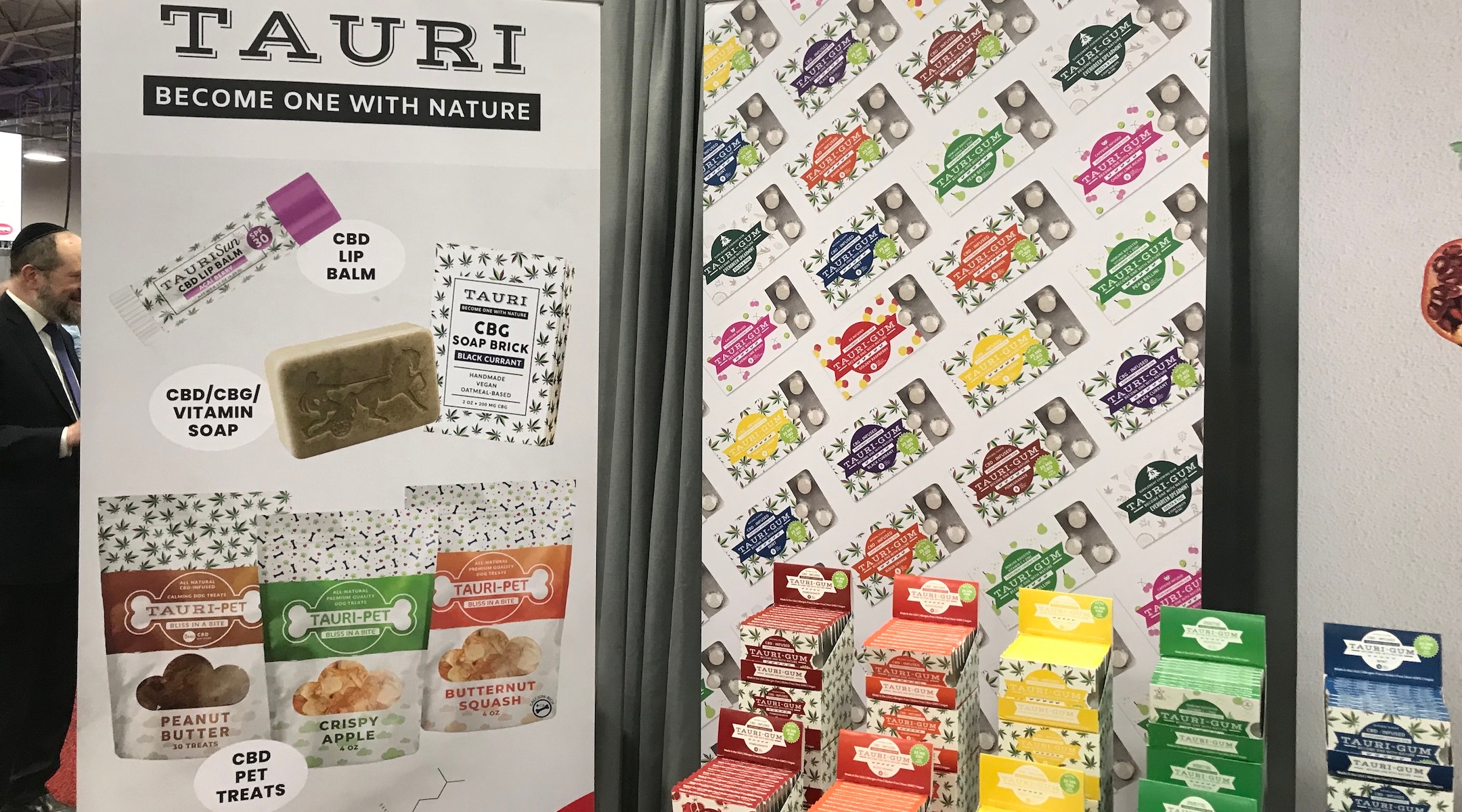 Cannabidiol or CBD-infused products have taken over the food industry in recent years, and the kosher industry is no different. Tauriga Sciences, a life sciences company based in Wappingers Falls, New York, returned to Kosherfest this year with six different flavors of Tauri-Gum, chewing gum that’s infused with CBD or CBG (cannabigerol), both of which are non-intoxicating and allegedly reduce inflammation and provide stress relief, among other health benefits. Fun fact: The influencer and activist Adina Miles-Sash, known on Instagram as FlatbushGirl, is the brand’s Chief Marketing Officer. A pack of eight pieces ranges from $17.99 to $22.99 depending on flavor, with subscription options available.