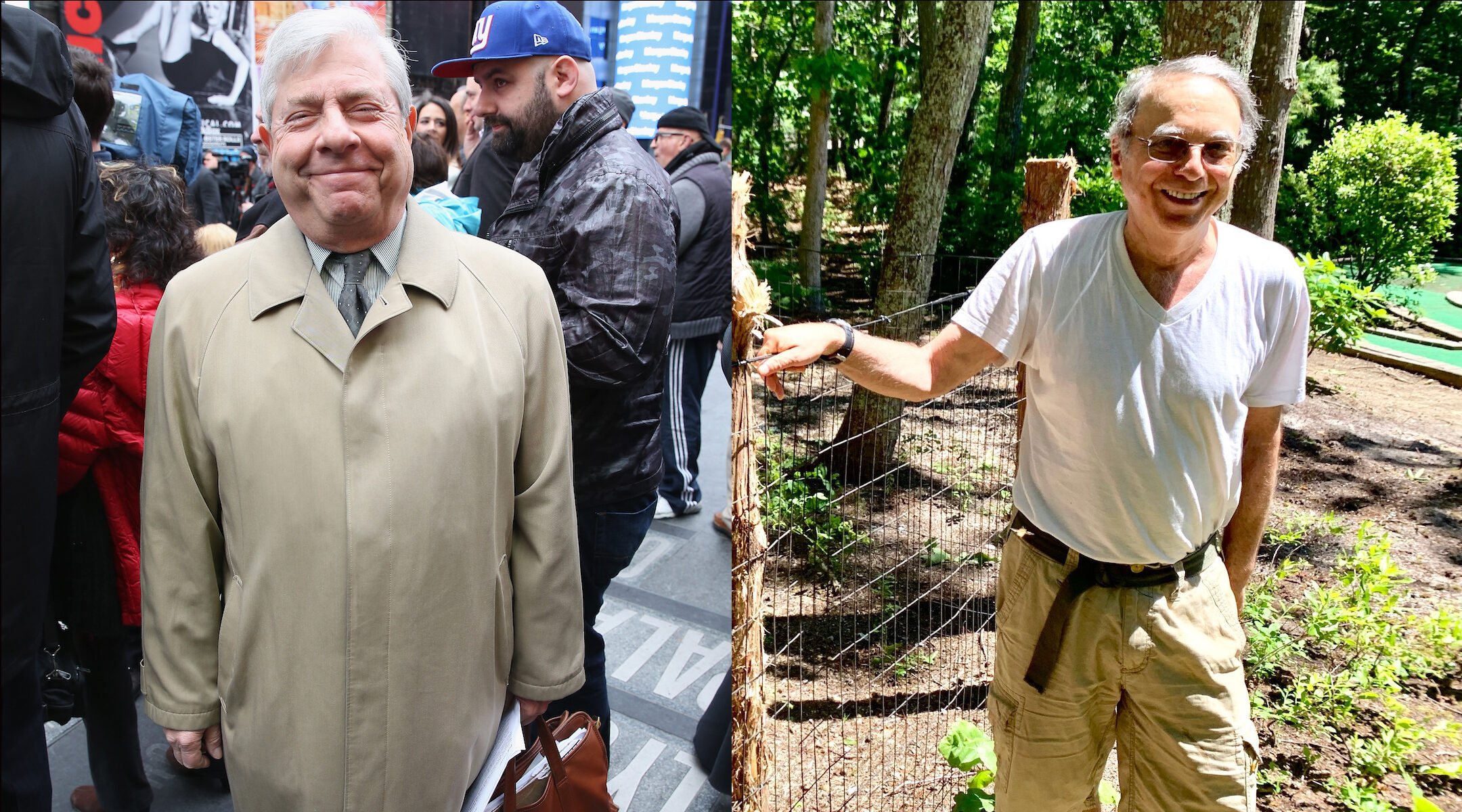 Marty Markowitz (left) is the former borough president of Brooklyn. Marty Markowitz (right) is the man at the center of the podcast-turned-TV series "The Shrink Next Door." (Getty Images)
Advertisement

(New York Jewish Week via JTA) — Marty Markowitz, the former borough president of Brooklyn, has never listened to the popular podcast called “The Shrink Next Door.” He’s only vaguely aware that it’s now a TV series with an A-list cast.

He does know, however, that he and the main character share the exact same name.

“‘The Shrink Next Door’?” he said when a reporter called Friday. After hearing a brief description of the story, he said, “The one with Marty Markowitz?”

“Shrink,” which premieres on Friday on Apple TV+, is based on the true story of a New York City psychiatrist who exploits and dominates the life of his patient, named Marty Markowitz, who is portrayed on screen by Will Ferrell. It’s based on a popular podcast of the same name, which was written and hosted by journalist Joe Nocera and released in 2019. Paul Rudd plays the psychiatrist, Isaac “Ike” Herschkopf.

The Marty Markowitz of the series and the podcast is a former fabric manufacturer, now 79 and living on the East End of Long Island.

But Marty Markowitz, 76, the former politician who also served 23 years in the New York State Senate, doesn’t really know much about the story. Reached by phone on Friday, Markowitz, who served three terms as borough president from 2002 to 2013, said a couple of friends have ribbed him about the coincidence.

“Will Ferrell is going to play Marty Markowitz, I think,” he said. “Other than that, one or two people contacted me to say, ‘Marty, is that you?’ You know, joking around.”

He said that Marty Markowitz is “not a common name,” but then proceeded to rattle off a couple other Marty Markowitzes who have entered his life over the past few decades.

One, according to the former borough president, was a psychologist on Ocean Parkway in Brooklyn, whose prospective patients would sometimes call him.

An advanced Google search did yield a citation in a medical library catalog from the ’70s referencing a Martin Markowitz. And it’s possible that the former Beep was referring to Dr. Martin Markowitz, a clinical director at the Aaron Diamond AIDS Research Center, but he probably wasn’t. That doctor specializes in infectious disease, not psychology, and does not work in Brooklyn.

The borough president also said there was a Marty Markowitz from Boca Raton, Florida, who called him up to say, “Hey! I’m Marty Markowitz, too.” Those two Marty Markowitzes have since met each other a couple times on trips the Brooklyn Marty has taken to Florida.

“A nice enough fella,” former President Markowitz said. “It was fine. It was, you know — I think we had dinner, his wife, my wife, and that was it.”

The two Marty Markowitzes — from Brooklyn and “Shrink,” that is — have never spoken. But they do agree on at least one thing: neither sees a problem with a non-Jewish actor like Ferrell playing a Jew from New York named Marty Markowitz.

“I gotta tell you there are Jews that play Italians and there are Italians that play Jews,” former President Markowitz said. “It’s OK as long as they’re skilled.” (Markowitz of “Shrink” expressed similar sentiments to JTA earlier this week.)

The one caveat, he said, is that Ferrell — who grew up in California in a family with English, Irish, Welsh and German roots — would have to play “a tall Jew.”

“By the way, Will Ferrell is six-foot-three, a little taller than yours truly,” the former borough president said, adding the he stands “five-foot-five and a half. That half is very, very important.”