When refugees arrive in America, a New York nonprofit makes sure they feel like neighbors 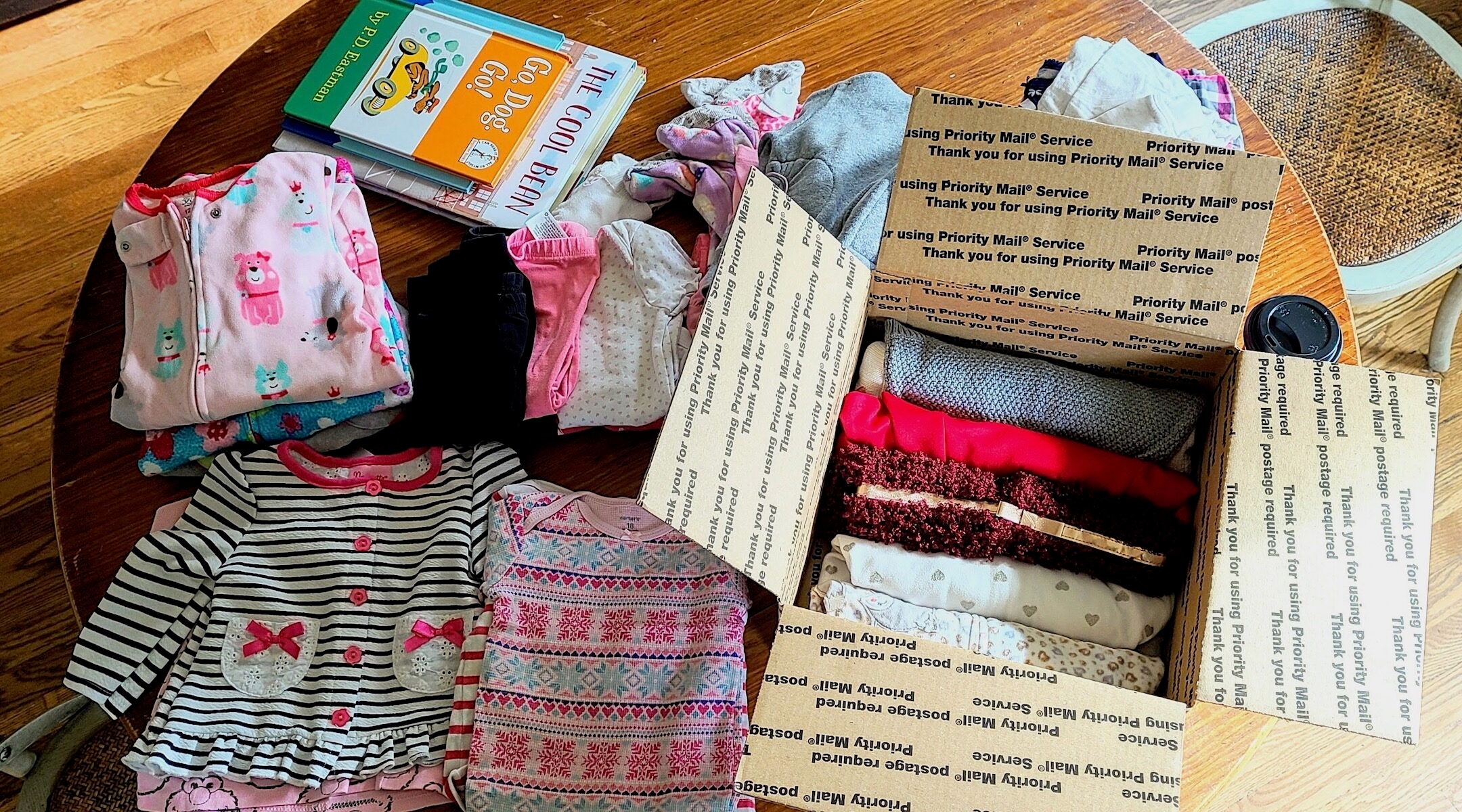 (New York Jewish Week via JTA) — Five years ago, Norma Batiz Martinez arrived in New York from Honduras, where a rise in crime was making it too dangerous for her and her kids to live. Batiz and her children had crossed through Mexico, enduring hunger, cold and fatigue.

But their struggles hardly ended when they made it to the United States, seeking refuge. She didn’t know the language, didn’t have a job or a driver’s license, and most of all, she didn’t even know the right questions to ask or how to get started.

“The process was very difficult,” Batiz told the New York Jewish Week, in Spanish. “When you arrive in this country, not speaking the language, there is so much information you miss. It’s hard to access the help that the city offers. You can apply to everything [social services] now, but one does not know what one does not know.”

“It is very important,” she added, “for one to have that person they can lean on to be able to access everything.”

Batiz found “that person” through the New Neighbors Partnership, a nonprofit organization that matches newly arrived refugee, asylee and asylum-seeking families with local New York-area families whose kids are slightly older. These volunteer local families pass along their childrens’ outgrown clothing to their partner families once or twice a year.

The program is especially helpful for families arriving from warmer climates — as Batiz herself noted, “it’s too cold in New York.”

Oftentimes, these local families become more than just resources for clothing — they become friendly faces in a new country and assist in navigating social services and public school systems.

The New Neighbors Partnership was founded by Shoshana Akabas nearly four years ago. The organization received official 501(c)(3) status in the spring, and since then, Akabas has been able to “match” more local families with refugee families, who recently have arrived mostly from Afghanistan. Prior to the Taliban takeover of Afghanistan, however, they have arrived predominantly from Latin America and Africa.

“It’s like a dream job,” Akabas, 29, told The New York Jewish Week. “I get to meet people from all around the world and help welcome them to a city that I love.”

Akabas’ interest in working with refugees began when she as an undergrad at the University of Pennsylvania, where she volunteered at HIAS, the venerable Jewish immigrant aid society. After she moved back to New York — Akabas grew up on the Upper West Side and attended Beit Rabban Day School and Stuyvesant High School — she continued working with refugees and immigrants through volunteer work at her synagogue, B’nai Jeshurun on the Upper West Side. 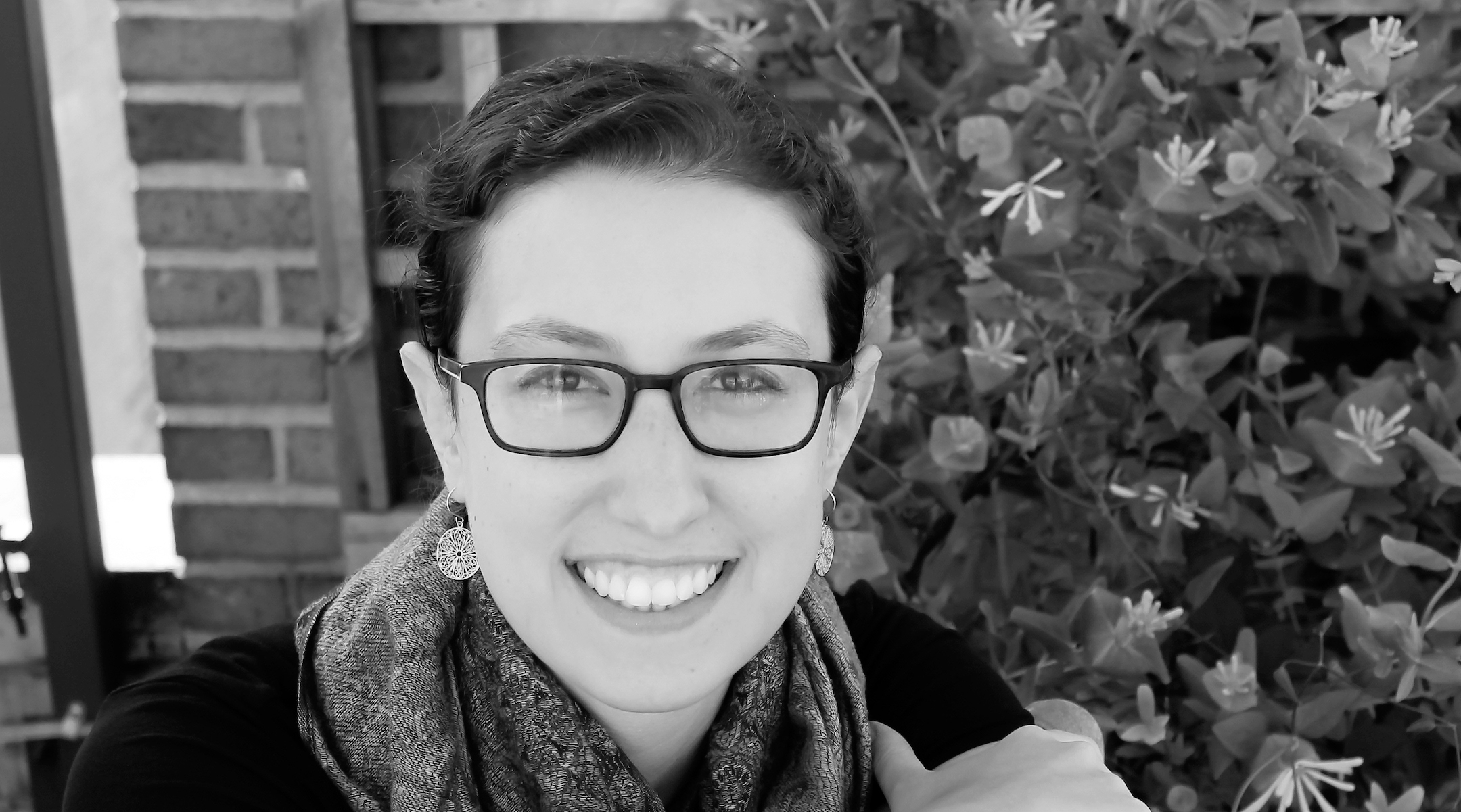 Through this work, Akabas discovered many problems within the existing clothing-drive framework — namely, they are often anonymous, inefficient and time-consuming. Donations are thrown in a pile instead of curated to fit the needs of the recipients. And who has time to solicit donations, run a drive and organize where the donations will go?

She also learned that thousands of refugees arrive in New York every year with insufficient clothing for cold weather, particularly for rapidly growing babies and children. According to Akabas, refugee agencies are generally contracted to provide support for only three months and typically focus most of that time on finding jobs, housing and schools for new families.

But Akabas stumbled into a solution to the clothing problem when she met a pregnant woman from Afghanistan who had recently arrived in the United States with her husband, a translator for U.S. troops. Wanting to lend a helping hand, Akabas asked one of her friends who had given birth a few months earlier if she had any hand-me-down newborn clothes and baby supplies she could donate to the couple. She did.

Six months later, Akabas’ friend had more clothes that her baby had grown out of, so she passed those along next. Akabas soon realized how convenient it was for both sides of the chain to be matched directly, in partnership. She now asks volunteer families to commit for three years. Those first two mothers are still connected.

This was the first pairing in what has become the New Neighbors Partnership, which has now created over 300 partnerships and has provided more than a thousand clothing packages to refugee families. There are at least 200 New York City-based families on a waiting list to be connected with refugee families, many of whom are on military bases waiting to get resettled after fleeing Afghanistan this summer.

Around the same time, Akabas quit her job teaching writing at Columbia University — where she received her MFA — to work full time as the New Neighbors Partnership’s full-time executive director.

“We’re definitely trying to grow as sustainably and responsibly as possible,” Akabas said.

The service, she explained, is dependent upon knowing the refugee families well in order to best meet their needs. Volunteers are aware, for example, if their partner families are religious Muslims, which usually means they prefer more modest clothing. They are also aware if a single mother is raising a family, so that no one donates a onesie that says “My Daddy Loves Me.”

For now, in addition to Akabas, the organization has three staff members, all of whom are refugees and participants in the program themselves.

Akabas strongly believes her Jewish upbringing played a role in founding the nonprofit. She feels an obligation to welcome strangers.

“I think if I had to point back to where much of this [community engagement work] comes from, it’s from what we did at Beit Rabban,” she said.

“We as a people have been forced to flee many, many times,” she added. “It’s something we know well and know how difficult it is.”

The benefits go both ways. For local mother Renee Rachelle, one of her best memories during the COVID lockdown of spring 2020 was visiting the mother she was matched with from Kyrgyzstan. Rachelle drove from her home on the Upper West Side to Brooklyn to deliver a package of clothes and books, and to catch up in the front yard.

“Just to see a familiar face and have whatever contact passing between us was really nice,” she told The New York Jewish Week. “It’s widening my community so much.” 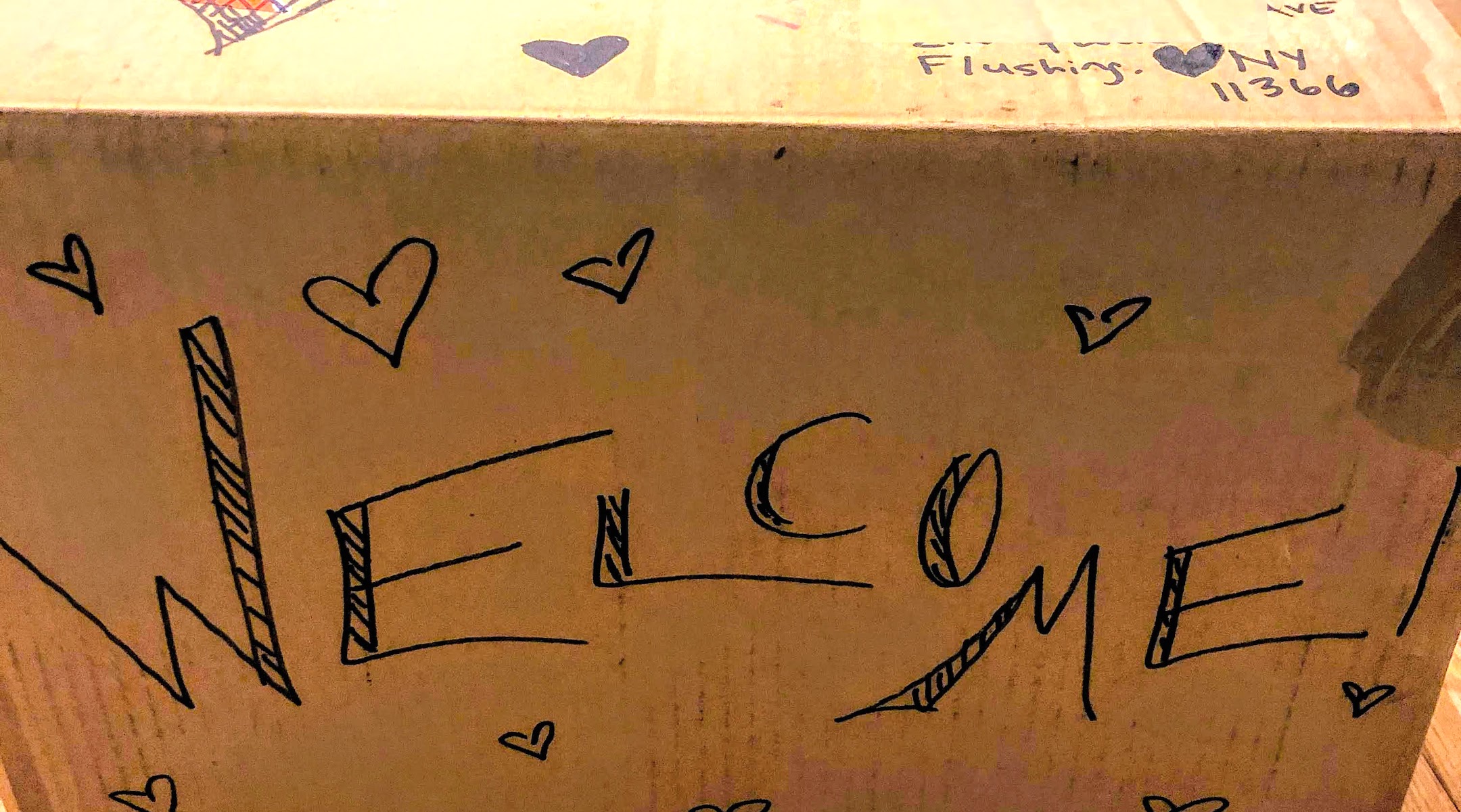 A box full of children’s clothes is ready to be sent to a refugee family in Queens. (Courtesy of the New Neighbors Partnership)

Another local participant and member of the organization’s board of directors, Holly Schechter, agreed.

“New York is one of those funny places where it’s so big, but can also be so small,” she said. “This [partnership] in some way makes it feel a little smaller, or a little more inviting to people who are new here.”

“Those [local] families have been there, collaborating with me, asking me what the children need, how they are doing, if they can help with daycare or acquiring vaccines,” Batiz said. Her family has also helped her find an English class.

With the New Neighbors Partnership, Akabas hopes to shift hearts and minds away from charity —  often a one-time, impersonal donation — and toward a community-based system of sharing and support.

“Knowing a family is behind you during your difficult resettlement process adds huge value,” she said. “It’s much more meaningful than going to a resettlement agency and picking up anonymous clothing articles that have been donated.”

Batiz was recently granted legal immigration status in the United States, a relief after so much uncertainty and insecurity over the last few years. She hopes to eventually move with her family out of the city to somewhere where she can buy a house, much like the one she left behind in Honduras. For now, she is saving for her children’s education, and getting used to New York winters. The 18 packages of clothing she’s received from her partner family since they were connected in July 2020 are helping her do just that.

“In Jewish teachings, we’re often taught that anonymous giving is a high form of giving,” Akabas said. “But I think there’s also room for a non-anonymous form of giving that maintains the dignity of all community members. And I’d like to think that our program does that.”