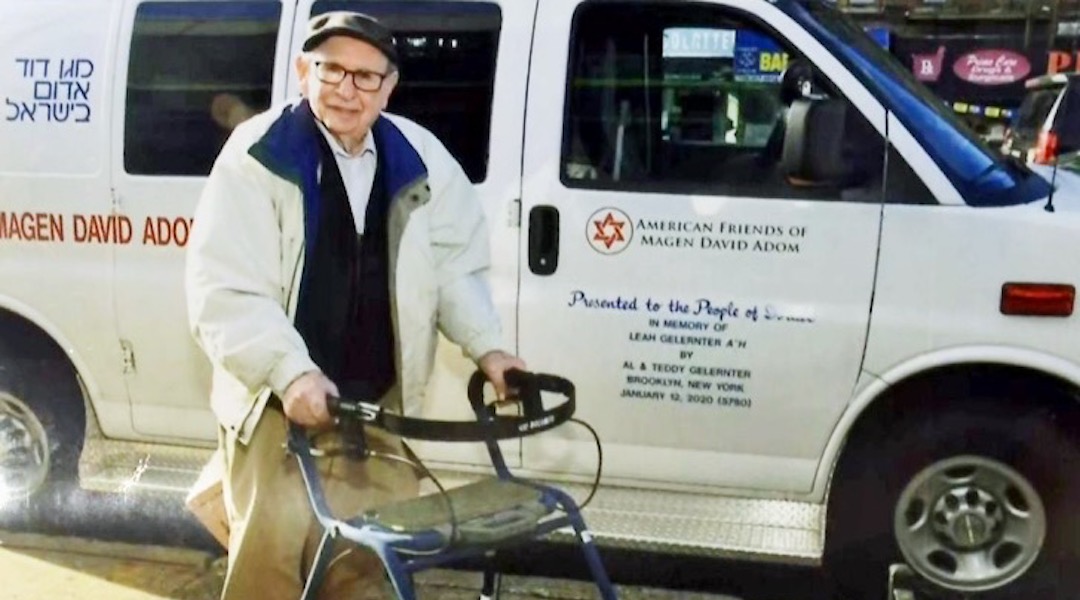 Jack Mikulincer was a one-time bakery owner in Brighton Beach, Brooklyn and a gabbai, or sexton, at his synagogue. (Courtesy Mikulincer Family)
Advertisement

(New York Jewish Week via JTA) — A 99-year-old Holocaust survivor riding an electric wheelchair was struck by a motorist and killed on his way to synagogue in Brooklyn.

Jack Mikulincer was headed to the Manhattan Beach Jewish Center when a BMW SUV plowed into him late Saturday afternoon, the New York Daily News reported.

Mikulincer’s daughter Aviva told the Daily News that the Orthodox synagogue had been a refuge for him.

“He loved going to synagogue, and when the coronavirus came upon us, there was no synagogue,” she said. “I think it made him lonely and sad.”

Mikulincer was born in Uzhhorod in what is now western Ukraine in 1923. During World War II he escaped a forced labor battalion and served in resistance groups before being liberated by the Soviets, according to testimony he gave to the USC Shoah Foundation. He fought in Israel’s War of Independence before moving to Brooklyn, where he was a longtime owner and operator of a bakery in Brighton Beach, according to Chesed Shel Emes, an ambulance service, and a gabbai, or sexton, at his synagogue.

“This is a tragedy. Imagine enduring what Jack Mikulincer did in his life only for it to end like this,” tweeted New York City Mayor Eric Adams. “We owe it to his memory to make our streets safe for all New Yorkers.”

Adams has vowed to reduce traffic fatalities after a record-breaking year for traffic deaths in 2021. Last week the state Senate Transportation Committee passed a traffic safety law named after Samuel Cohen Eckstein, a 12-year-old Jewish boy killed in 2013 by a driver on Prospect Park West in Brooklyn. “Sammy’s Law” allows New York City to lower speed limits to 20 mph citywide and as low as 5 mph on streets with traffic calming measures.

The 52-year-old driver who struck Mikulincer remained at the scene and has not been charged, the NYPD said.