Yeshiva U students land in Vienna to help Ukrainian refugees 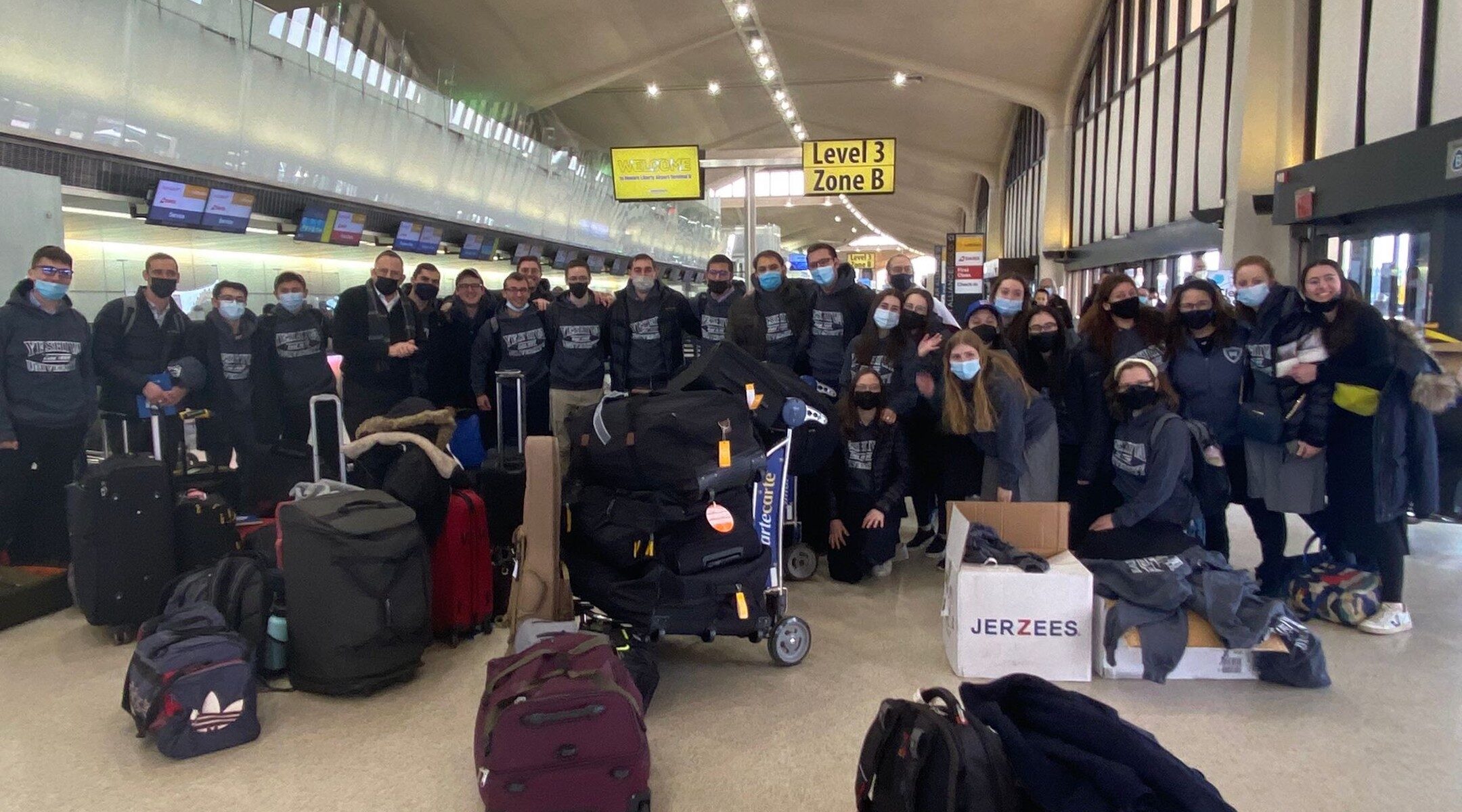 A group of 27 undergraduate students from Yeshiva University departed to Vienna Sunday night as part of a humanitarian relief mission to provide support for Ukrainian refugees. (Courtesy)
Advertisement

(New York Jewish Week) – Twenty-seven undergraduates from New York’s Yeshiva University and its Stern College for Women landed in Vienna as part of a humanitarian relief mission to support hundreds of refugees who have fled Ukraine in the last few weeks.

The men and women, who departed the U.S. on Sunday, are being led by Erica Brown, Y.U.’s vice provost of values and leadership, and Rabbi Josh Blass, a mashgiach (spiritual guidance counselor) for YU’s rabbinical school.

Brown has participated in humanitarian missions all over the world, including previous missions to Moscow, Kyiv, and Belarus. “These trips have each changed me, and I hope that they will change every student who comes with us,” Brown said in a statement.

The school reported that 124 students applied to participate in the mission within 24 hours of it being announced. “I’ve been wanting to do something tangible to aid the Ukrainians, but anything in America felt too distant for me,” junior Yoni Mayer said in a statement. “This would be direct support to the refugees.”

The university chose to send their students to Vienna because it was already receiving refugees, but far enough away from the conflict that students would not be in immediate danger. Vienna is about 400 miles away from Ukraine’s western border.

During the mission, the students will help provide educational activities for children, sort donations, deliver supplies and help coordinate housing for refugees. They will return to New York on March 20.

The Austrian newspaper Der Standard reported on Monday that 117,000 refugees have arrived in Austria — though only a portion of them will remain, as the majority will continue to other countries.

On Sunday, the United Nations High Commissioner for Refugees called the Ukrainian exodus the “fastest growing refugee crisis in Europe since World War II.” The UNHCR has reported over 2.8 million people have fled Ukraine since the country was invaded by Russia on Feb. 24.