Barbara Maier Gustern died after being pushed to the ground by an unknown assailant. (Facebook)
Advertisement

(New York Jewish Week) — The 87-year-old Broadway vocal coach who died Tuesday after being pushed to the ground by an unknown assailant over the weekend in Manhattan was mourned by cantorial students she had taught at various Jewish seminaries.

Barbara Maier Gustern worked in musical theater for decades, most recently for the 2019 Broadway revival of the musical “Oklahoma!” She also coached Debbie Harry of Blondie, MacArthur Genius Grant recipient Taylor Mac, and many more singers.

But Gustern — who was not Jewish — also gave private lessons to cantorial students who were sent to her from schools like Hebrew Union College and the Jewish Theological Seminary. And in the wake of her senseless death, many of her cantorial students are remembering her as an “honorary Jew.”

Jeff Warschaeur, cantor at the Jewish Center of Princeton, New Jersey, studied with Gustern when he was a student at the Jewish Theological Seminary in 2010. “I couldn’t tell if she was Jewish, and I never asked,” Warschaeur told the New York Jewish Week. “She just seemed so Jewish, but she wasn’t.”

Warschaeur said that Gustern and her late husband, Joseph, worked in synagogue choirs for many years, which gave her a deep understanding of Jewish liturgical music. “She appreciated Jewish music a lot,” he said.

But Warschauer was quick to add that Gustern had an appreciation for all types of music and singers. “Everyone fell in love with her,” Warschaeur said. “She was just a model for how to live. She was the personification of a life force. She seemed timeless.”

Cantor Yvon Shore, who is the director of liturgical arts and music at Hebrew Union College-Jewish Institute in Cincinatti, started taking lessons from Gustern in 1992 while living in New York. “I was a lowly, nobody cantorial student,” Shore said. “I was one of the problem children. I had terrible vocal technique, and now I’m in the position to train rabbis, and that’s because of Barbara.”

Gustern was near her apartment on West 28th Street in the Chelsea neighborhood on the evening of March 12 when she was shoved by a woman from behind, causing her to fall and hit her head. She had been rehearsing for a cabaret show with some collaborators before leaving her home to attend a student’s performance at Joe’s Pub, The New York Times reported.

She died Tuesday, March 15 from her injuries. NYPD are still looking for the assailant, who is described as a woman with long curly hair and a long black jacket. The violent, unprovoked attack comes during a moment of rising crime across the city: According to the NYPD, there has been a 41% increase in major crimes during the first few months of 2022, compared to the same period last year.

Gustern’s grandson AJ Gustern announced her death on Facebook. “We have lost one of the brightest little flames to ever grace this world,” he said. “Bobbob, I love you, you are and always will be my heart.”

Shore said that HUC-JIR sent students who were struggling vocally to Gustern, who would then fix their problems “over and over again.”

Shore added that Gustern had “profound respect” for the art of the cantorate and would transform her own techniques to fit with her cantoral students. “There are elements of cantorial art and practice that she allowed us to do that other teachers didn’t do,” Shore said. “She loved that music, and she loved working on these things with us.” 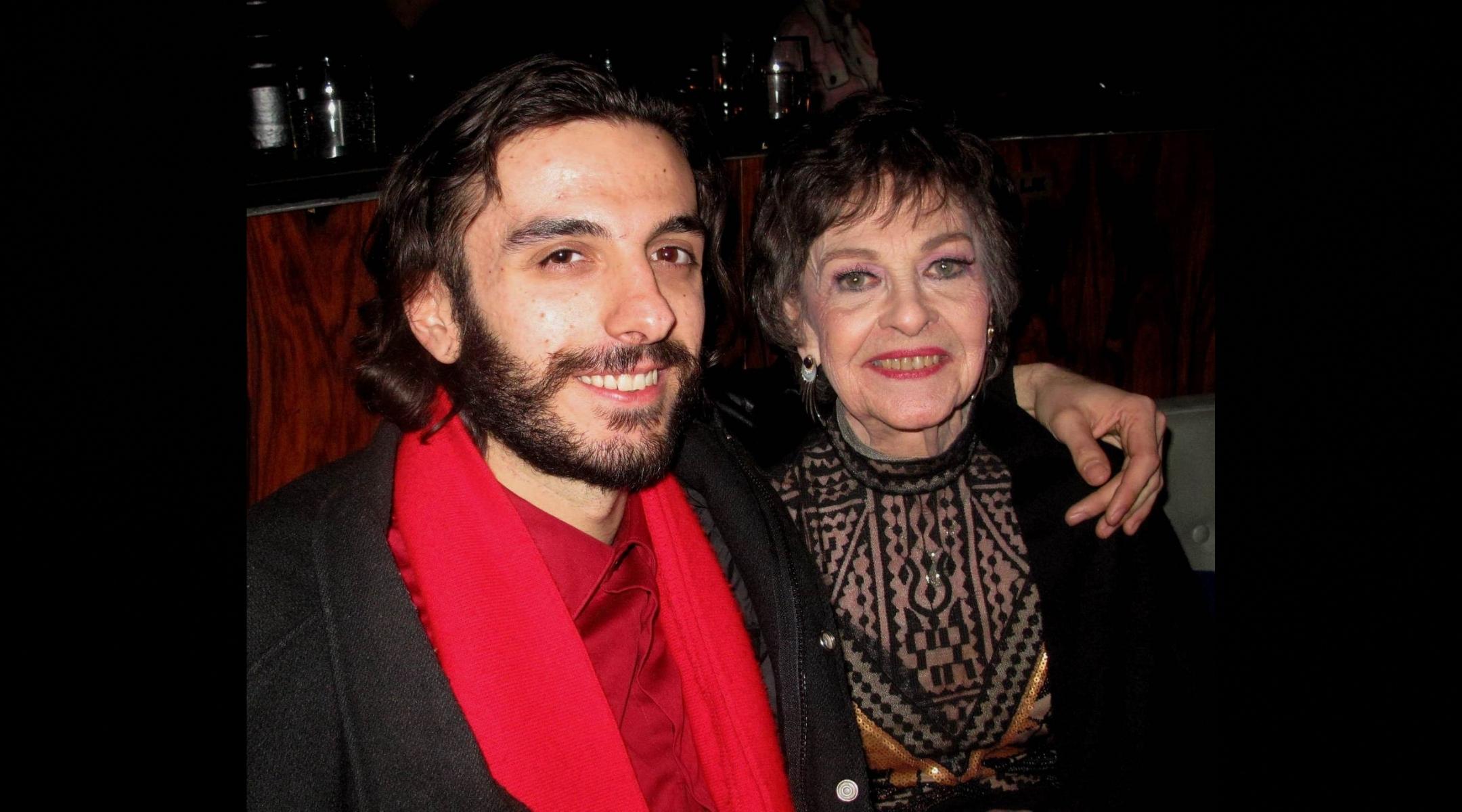 AJ Gustern, who lives in Colorado and rushed to New York when he heard what happened to his grandmother, told the New York Jewish Week that hundreds of people have called with well-wishes, and later, condolences. “It’s a joy to be a conduit for people to her as best as I can,” he said. “I was taking people’s prerecorded voice messages and playing it for her while she was in the hospital.”

Barbara Maier grew up in Indiana and moved to New York at a time when budding professional singers earned extra cash by working in church and synagogue choirs. “I’m not Jewish, but I got a job in a temple,” she told gossip columnist Michael Musto, who recalled his interview with her in a blog post. “I’d never even been in a temple in my life.”

Still, she answered truthfully when she told the rabbi that she came from a “mixed marriage.”

“I thought that was true since my mother was a woman and my dad was a man and that was mixed enough,” she told Musto, with a laugh. “That’s where I met my husband.”