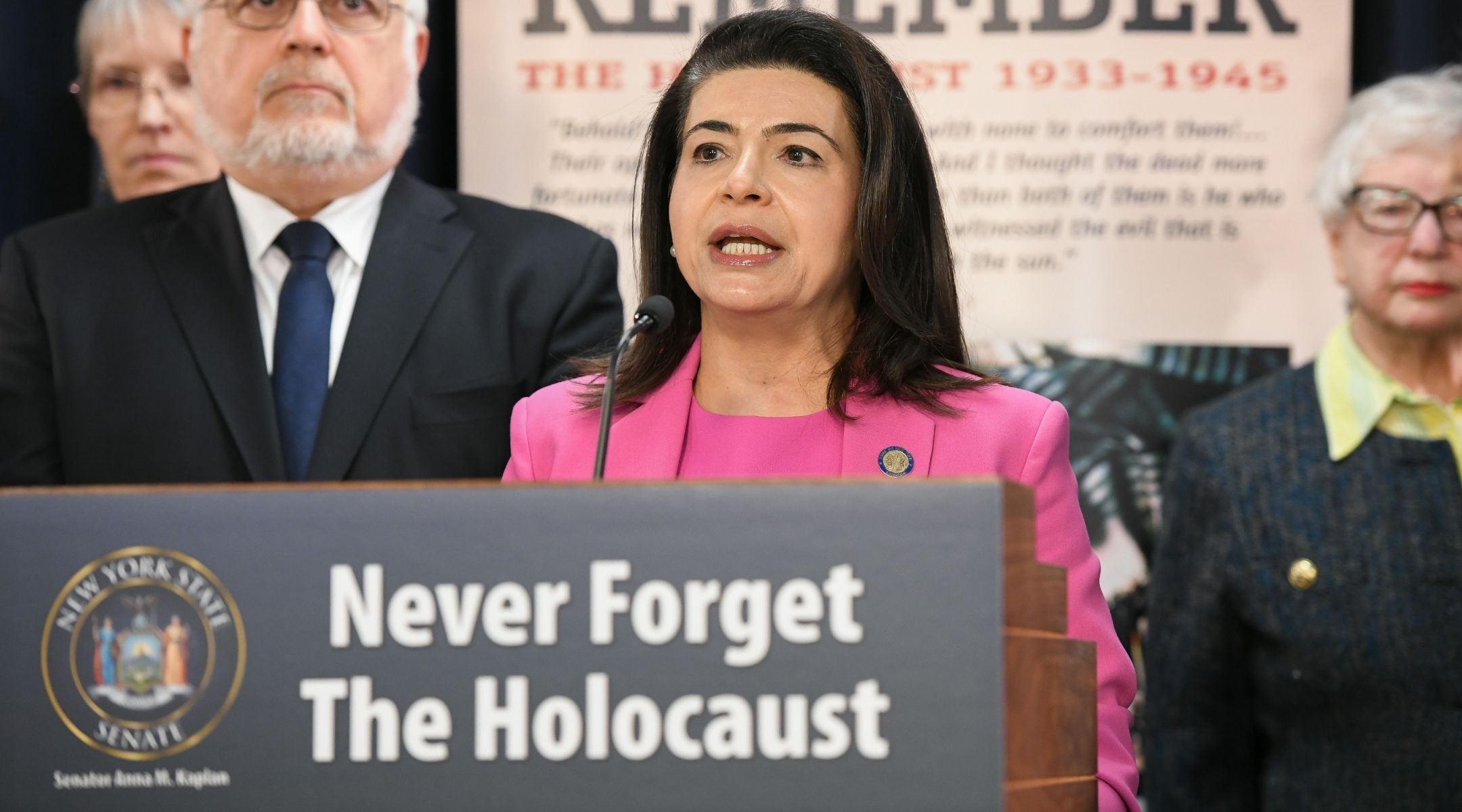 State Senator Anna Kaplan speaks at an event to discuss a bill that would improve Holocaust awareness in New York Schools. (Courtesy)
Advertisement

The bill would provide oversight into how the Holocaust is taught in schools across all of New York State.

The bill, currently before the Senate Education Committee, stalled in the legislature last year over debate whether it should include other topics, including slavery and the Irish Potato Famine.

New York is one of 23 states requiring schools to teach the Holocaust, but a study by the Claims Conference in 2020 revealed New Yorkers ages 18-39 have a lack of awareness and understanding of the Holocaust.

According to the study, New York ranked 41st among 50 states based on the percentage of Millenials and Gen Z adults who met the study’s Holocaust awareness criteria.

The bill directs the state commissioner of education to conduct studies on how the Holocaust is being taught in school districts. The findings would then be delivered to the governor and other senators and Assembly members.

The Simon Wiesenthal Center’s Holocaust exhibition titled “Courage To Remember” was displayed last week at the New York State Capitol, which included 40 education panels that have already been displayed across the world.

“The lessons of the Holocaust are more important today than ever before,” Kaplan said in a press release. “It’s critical that we know our history, that we learn from it, and that we ensure that ‘never again’ isn’t just a saying, but something we work to deliver.”

The focus on Holocaust education comes amid a rise in anti-semitic hate crimes across New York City, which were up 400% in February 2022 when compared to the same month in the previous year.