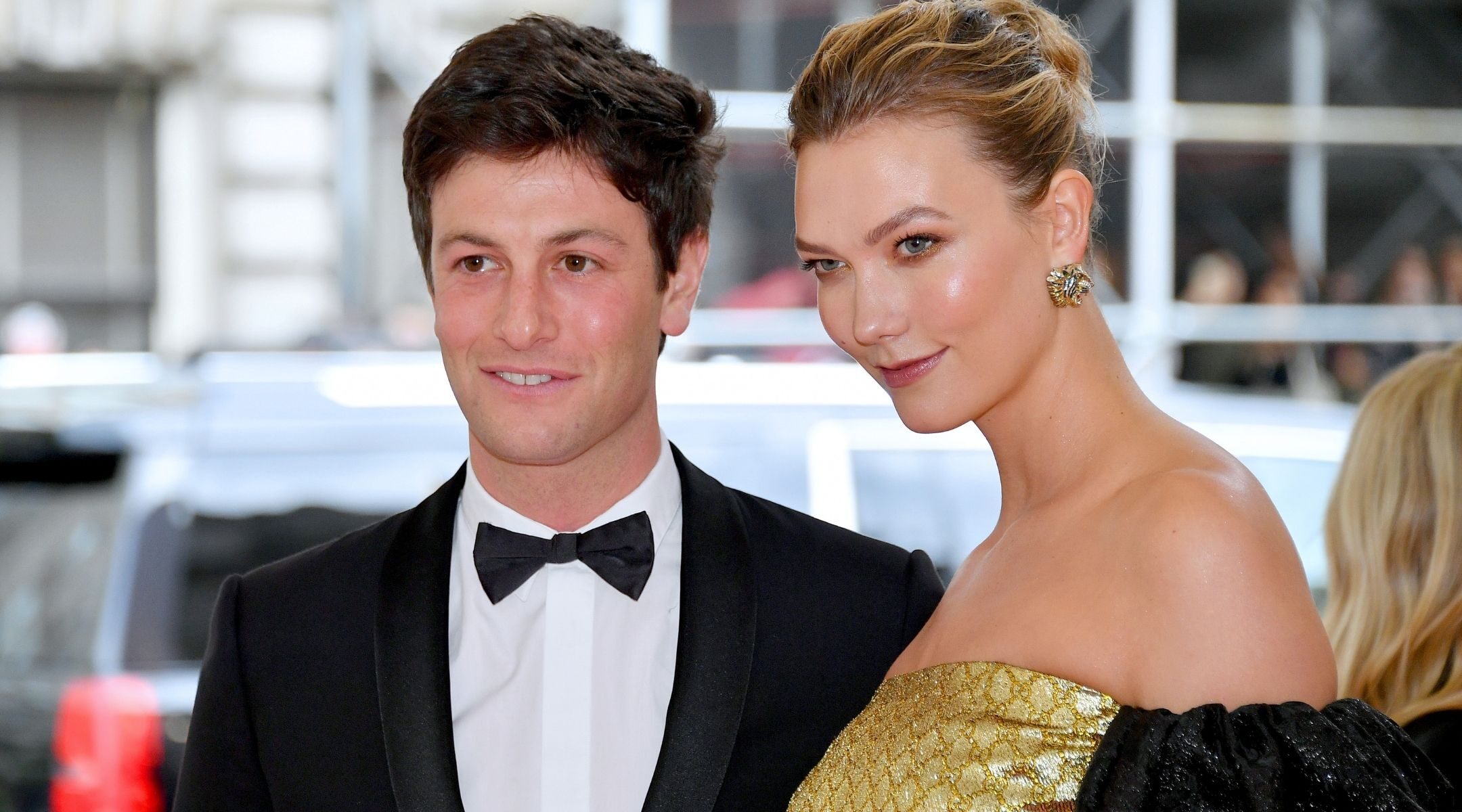 Joshua Kushner and Karlie Kloss attend The 2019 Met Gala Celebrating Camp: Notes on Fashion at Metropolitan Museum of Art on May 06, 2019 in New York City. (Photo by Dia Dipasupil/FilmMagic)
Advertisement

Josh Kushner is the first member of the Kushner family land a spot on Forbes’ list of the richest people in the world. Neither his more famous brother nor his father, Charles, a real-estate mogul who went to prison in 2005 for two years due to tax evasion, illegal campaign contributions and witness tampering, has ever made the list.

Josh Kushner has an estimated net worth of $2 billion due to some early-stage venture investments as well as the sale of a portion of his venture capital firm, Thrive Capital.

The grandson of Holocaust survivors, Kushner and his siblings, including sisters Nicole and Dara, grew up in an Orthodox household in Livingston, New Jersey.

He is married to supermodel Karlie Kloss, who converted to Judaism before their wedding and after his parents reportedly referred to her as “a shiksa.” The couple are the parents of a 1-year-old son, Levi Joseph, whose name was leaked last year by a yeshiva in Jerusalem that Josh attended 2003 as part of a gap year program.

The Kushner family has donated millions of dollars to Jewish organizations in America and Israel over the years, including the Israel Defense Force, the Shaare Zedek Medical Center in Jerusalem, multiple West Bank settlement organizations, Chabad, the Ramaz School in Manhattan and Kehilath Jeshurun synagogue on the Upper West Side. The Joseph Kushner Hebrew Academy in Livingston is named for his grandfather, who launched the family’s real estate empire.

In 2016, Forbes estimated that the entire Kushner family was worth around $1.8 billion, with half of the fortune tied up in real estate assets such as 666 Fifth Avenue in Midtown and the former Jehovah’s Witness Watchtower headquarters in Brooklyn Heights.

The Forbes estimate is not based on any potential inheritance that Joshua Kushner might receive in the future. Instead, it is based in part on the fact that Goldman Sachs-owned Petershill Partners invested an estimated $120 million in Thrive last May in exchange for an estimated 3% stake. The investment valued the firm at $3.6 billion, where Josh owns an estimated two-thirds stake worth $1.9 billion.

Joshua Kushner was still a Harvard University student when Jared Kushner took over Kushner Companies in 2005 while their father was in prison. After he graduated in 2008, he spent a year on Goldman Sachs’ private equity desk and used the money to invest in companies such as Kickstarter and GroupMe.

He caught the attention of venture capitalist Joel Cutler, who convinced Kushner to start his own fund. Cutler and another firm, General Catalyst, seeded Thrive’s initial $5 million funding tag in 2010.

“I told everyone that if they didn’t give money to this young guy, they were out of their minds,” Cutler told Forbes in 2017. “And if it didn’t work out, I’d make good on it.”

Josh also helped Instagram sell its company to Facebook for $1 billion in 2011. Instagram co-founder Kevin Systrom said the lesser known Kushner brother earned that deal. “He had invested time in Instagram a year before he invested any money,” Systrom told Forbes. “His relatability and strategic thinking mattered way more than any firm pedigree.”

As a businessman, Kushner has won over founders at some of the decade’s most high-profile startups, including Robinhood, Spotify, Slack, Twitch, Warby Parker and Kim Kardashian’s shapewear brand Skims.

Kushner and Kloss own a $22 million Miami Beach mansion that is close to the one owned by his brother Jared and Jared’s wife, Ivanka Trump. The families are reportedly at odds over their political differences; back in 2016, a rep for Joshua Kushner told Esquire that he is a lifelong Democrat, while Kloss posted on Instagram about voting for Hillary Clinton in the 2016 presidential election.

Slack CEO Stewart Butterfield told the New York Times that Kushner did not seem to agree with Trump’s views during the 2016 election. “I don’t remember what he said exactly,” Butterfield said. “But it was a tactful way of saying, ‘These are not my positions.’”

In September 2021, Kushner, Kloss and their son moved into a $43 million penthouse in New York City’s Puck Building, which is owned by the Kushner family and houses Thrive’s headquarters.

Other Jewish billionaires on the Forbes list include former New York City Mayor Michael Bloomberg with a net worth of $82 billion, and Facebook CEO Mark Zuckerberg, whose net worth is estimated at $67.3 billion.