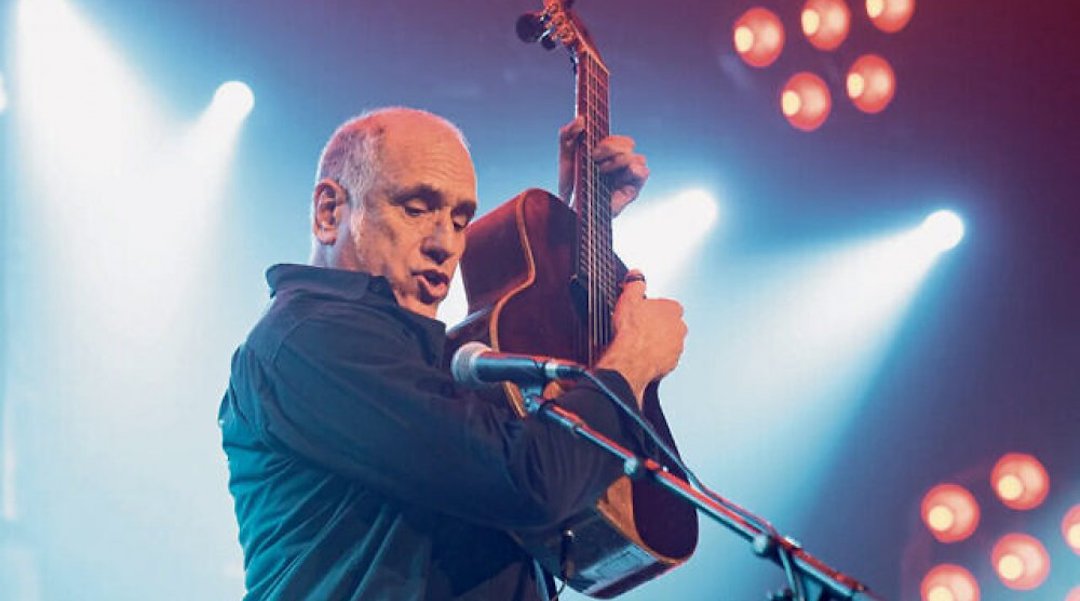 “My initial reaction was, ‘I don’t think I am the right person for this — someone else who is more familiar with the prayer will be perfect,’” Broza told the New York Jewish Week. For a secular Israeli like him, Friday night was about family meals, not the meditative, hourlong synagogue service known as Kabbalat Shabbat.

But like a lot of artists kept locked down during the pandemic, Broza realized that being stuck inside his home meant thinking outside of the box.

“Once I opened the email [from Levy] and started reading the prayers, it was so inspiring as poetry,” said Broza, 66. “I took my guitar and sat in front of the poetry and let the muse take me. It took me 14 days to compose the 14 prayers.”

The result is “Tefila,” a new album of music for the Kabbalat Shabbat service, as well as the centerpiece of a new Friday night experience at Emanu-El aimed at attracting young professionals starting May 6. The Streicker Center, the educational and outreach arm of New York City’s first Reform congregation and its largest synagogue, commissioned Broza for what Levy calls a chance to “re-envision” Shabbat for a cohort that might not otherwise come to synagogue.

“I love the fact that David is not coming from a religious background,” said Levy. “We thought this will give him a fresh start of looking at it, and we let him run with it.”

“Tefila,” which means “prayer” in Hebrew, offers new settings for some of the most familiar prayers and hymns in Jewish liturgy — and, for regular synagogue-goers, some of the most sacrosanct. Melodies heard during a typical Friday night service might range from European–based hazzanut, or cantorial music, to the folk-inflected tunes of late 20th-century composers Debbie Friedman and Shlomo Carlebach.

Asked if he studied some of this canon, Broza replied that he focused on the text of the prayers themselves.

“Right from the start I immersed myself in the poetry, the prayers, and intended to write new melodies for these traditional prayers, some of which have very old melodies,” he said. “The Hebrew writing literally enlightened me and led me to new musical places.” 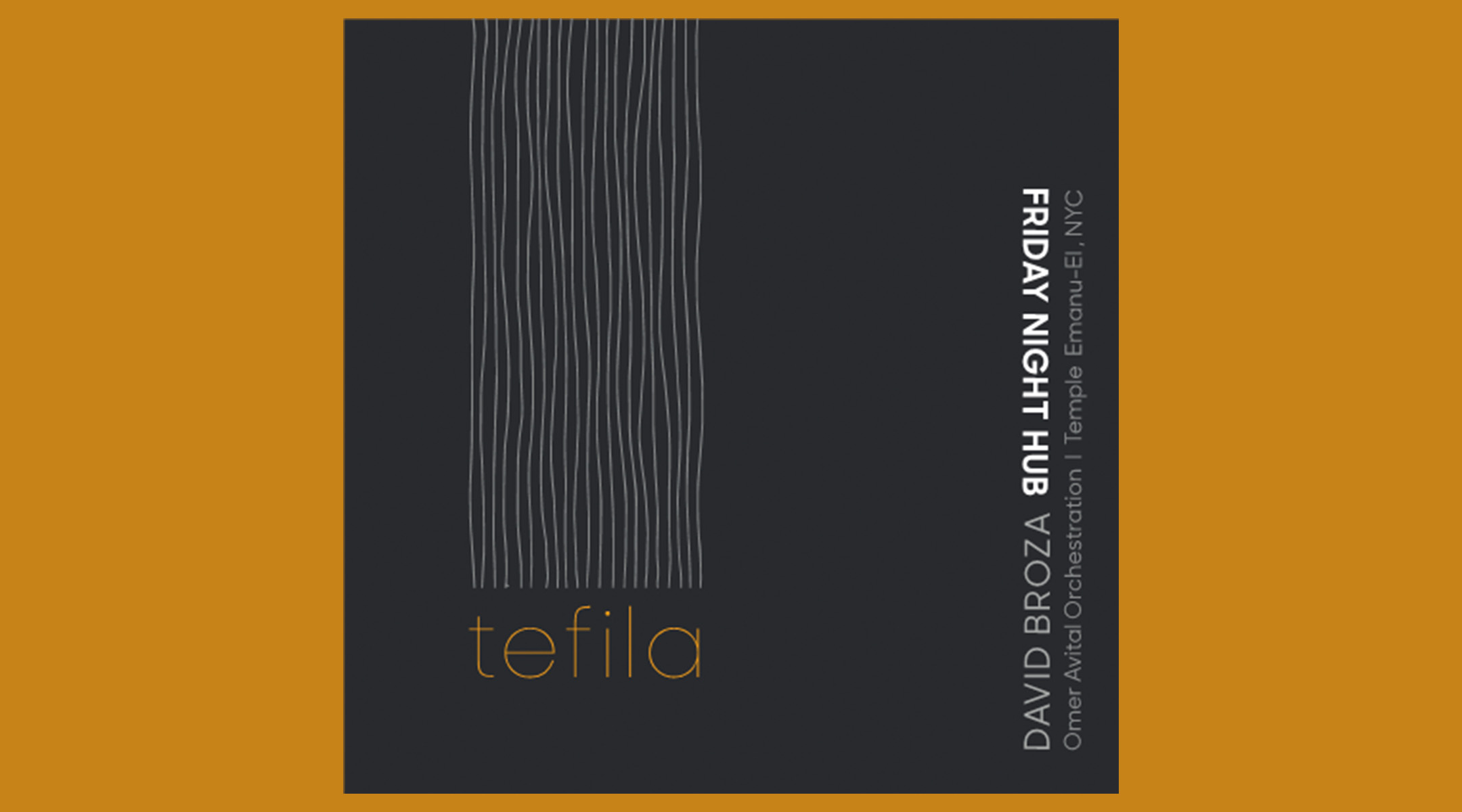 “Tefila” features David Broza on guitar and vocals, the 25-voice Moran Choir from Israel, gospel singers from New York City and, on bass, the Israeli-American Omer Avital, who also did the orchestrations.

For audiences outside of Israel, Broza might best be compared to the American artists he has performed and collaborated with: Jackson Brown, Steve Earle, the late, cult country songwriter Townes Van Zandt. But in over 40 albums he also ventures out of singer/songwriter territory to explore world music. “Tefila” is a catalogue of those influences, starting with a “Shalom Aleichem” with a bossanova vibe. “Barchu” begins with a bullfight trumpet (Broza has released several albums in Spanish) and quickly takes off into free jazz. And his “Lecha Dodi” — a greeting of the “Sabbath Bride” that is perhaps the emotional climax of the Friday night service — sounds like a journey from flamenco through Bertolt Brecht via the Broadway stage.

“In taking on the project I envisioned an hourlong set of prayers that would captivate the audience,” said Broza. In addition to Broza on guitar and vocals, the recording features the 25-voice Moran Choir from Israel, gospel singers from New York City and, on bass, the Israeli-American Omer Avital, who also did the orchestrations.

“I wanted to make it inspiring for me and thus for the public,” said Broza.

“Tefila” and the Friday Night Hub project is part of a major new initiative by Emanu-El to reach new audiences: Shortly before he died in March, the synagogue’s immediate past president, John Harrison Streicker, donated an additional $10 million to what had already been a $15 million fund for efforts to reach young Jewish professionals, unaffiliated families and other individuals whom Levy calls “seekers.”

The clergy is on board with the project, and Temple Emanu-El’s Rabbi Joshua Davidson will take part in the Hub.

“My hope is that people will call me and say, ‘I can’t believe this is Friday night,’” said Levy, who said that for some “seekers” traditional synagogue can seem a “scary” place. “What we really want to do is what every organization has been seeking for a long time, which is to get people who otherwise wouldn’t go to come to a Jewish event, a social event that is also services.”

And while Broza — who divides his time between New York and Tel Aviv — will be leading many of the Friday Night Hubs, Levy hopes the project will be bigger than any one performer or synagogue.

“My goal is also for other synagogues in the country to use this music,” and for free, said Levy. “I hope David will travel and teach other synagogues to use his melodies. If we are successful, this will certainly not just be for us.”

(The first Friday Night Hub, for young professionals ages 21-39, is May 6 at 8:00 PM, at Temple Emanu-El, 1 E 65th Street in Manhattan. It will feature music by David Broza, an oneg Shabbat catered by the Israeli-American chef Michael Solomonov and a guest appearance by songwriter Emily Bear, whose “The Unofficial Bridgerton Musical” won the Grammy Award for Best Musical Theater Album. Registration and proof of full vaccination required. Go here for details.)