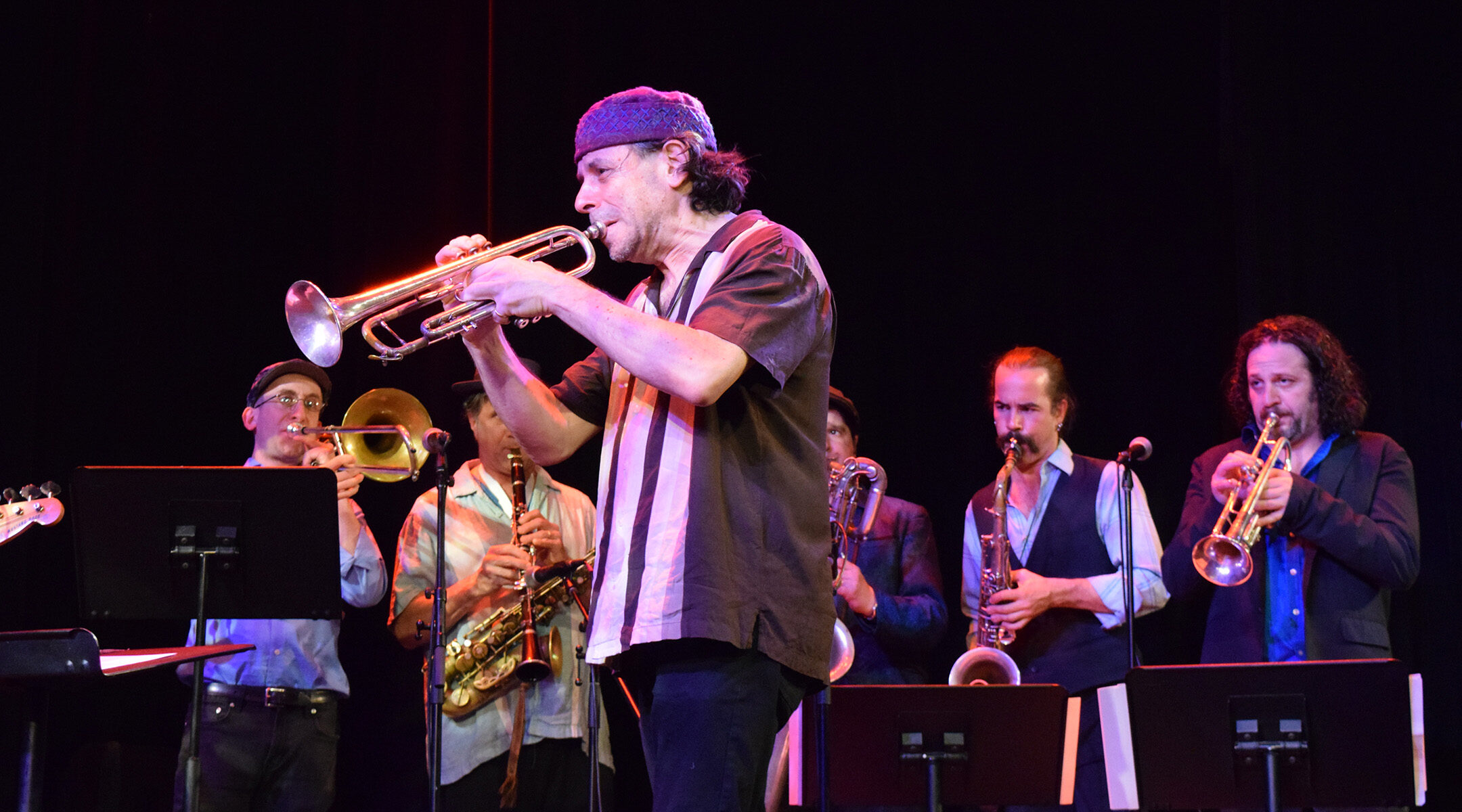 (New York Jewish Week) — The borough of Queens is among the most diverse places in the world: In the Jackson Heights neighborhood alone, residents speak some 167 languages.

With that in mind, composer, trumpeter and klezmer musician Frank London (The Klezmatics) is curating Flushing Town Hall’s “Mini-Global Mashups” this summer, a series in Flushing, Queens that brings musicians from all over the world together for a musical experiment in how artists share in each other’s cultures.

The Brooklyn-born London, with a resume that extends from musicals to jamming with rapper LL Cool J, is drawing on his own eclectic tastes in putting together the festival of performances and conversations.

“I’m known from my work in Jewish music,” London told the New York Jewish Week. “My musical background is a real mix of so many different cultures. I’ve played in so many different types of groups with so many musicians that this ended up being fun and easy for me.”

Each event will throw musicians from two countries together — some of it improv, some of it rehearsed. The first event this season, on Sunday, May 15, is Ireland Meets Morocco, which will showcase Irish piper Cillian Vallely (Lunasa) and Samir Langus, a master of Gnawa, a rhythmic music rooted in Islam. They will be accompanied by multi-instrumentalist Matt Mancuso.

“It was almost like being a matchmaker,” London said about creating the series. “Not only were these two cultures interesting, but these two people would be interesting to meet each other. Each one has its own type of excitement.” 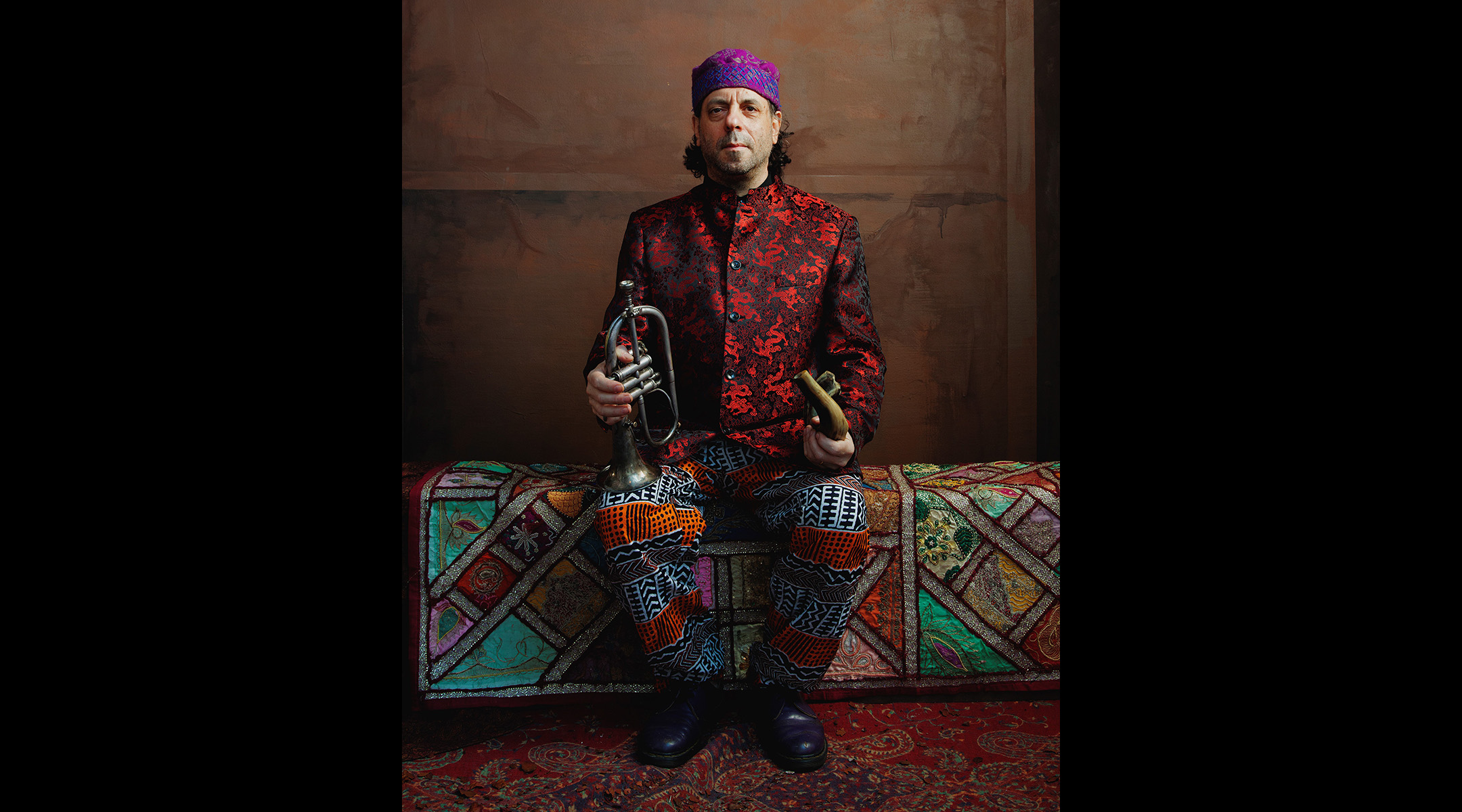 Other mash-ups throughout the summer include Tibet Meets Colombia and Ukraine Meets Cuba, with master musicians performing from each country.

London said each act will do their own set, and then join up at the end for a semi-rehearsed collaboration in front of the live audience.

“The artists arrive that morning, they do their soundcheck, and then rehearse right there to figure out what they’re playing at night,” he said.

London may play with the musicians, but he said that his role for this event is to encourage the artists and make sure everything is running smoothly.

“I try not to put myself into it too much,” London said. “I get to kvell at what happens.”

London is a co-founder of The Klezmatics, the only klezmer group to win a Grammy award. He noted that people always describe klezmer music as a mash-up of Eastern European, Slavic and Roma music. With the Flushing Town Hall series, London wants to show that this type of expression is present in all cultures.

“What I tried to do is normalize this thing that people perceive as a Jewish experience, this adapting and meshing and fusing of things,” London said. “This is normal history and the experience of all cultures, historically and especially in New York.”

London also noted that Flushing — which is best known today as a busy neighborhood that’s approximately 70 percent Asian, according to the 2010 census — was at one point a very Jewish area. It’s also where his parents grew up.

“At the heart of this, it’s about listening to each other,” London said. “Flushing Town Hall shows that our community, our city and our world are integrated. Let’s celebrate that by bringing together the greatest artists of different cultures.”

London added that when he would visit his grandparents’ deli in Brooklyn as a kid, he was surrounded by people from all different cultures, which shaped his worldview today.

“It was this experience of people working and living together,” London said. “I would hope my grandparents would see this series as an extension of the world that they created for me.”