City Council postpones hearing on antisemitism at CUNY, saying chancellor was not available 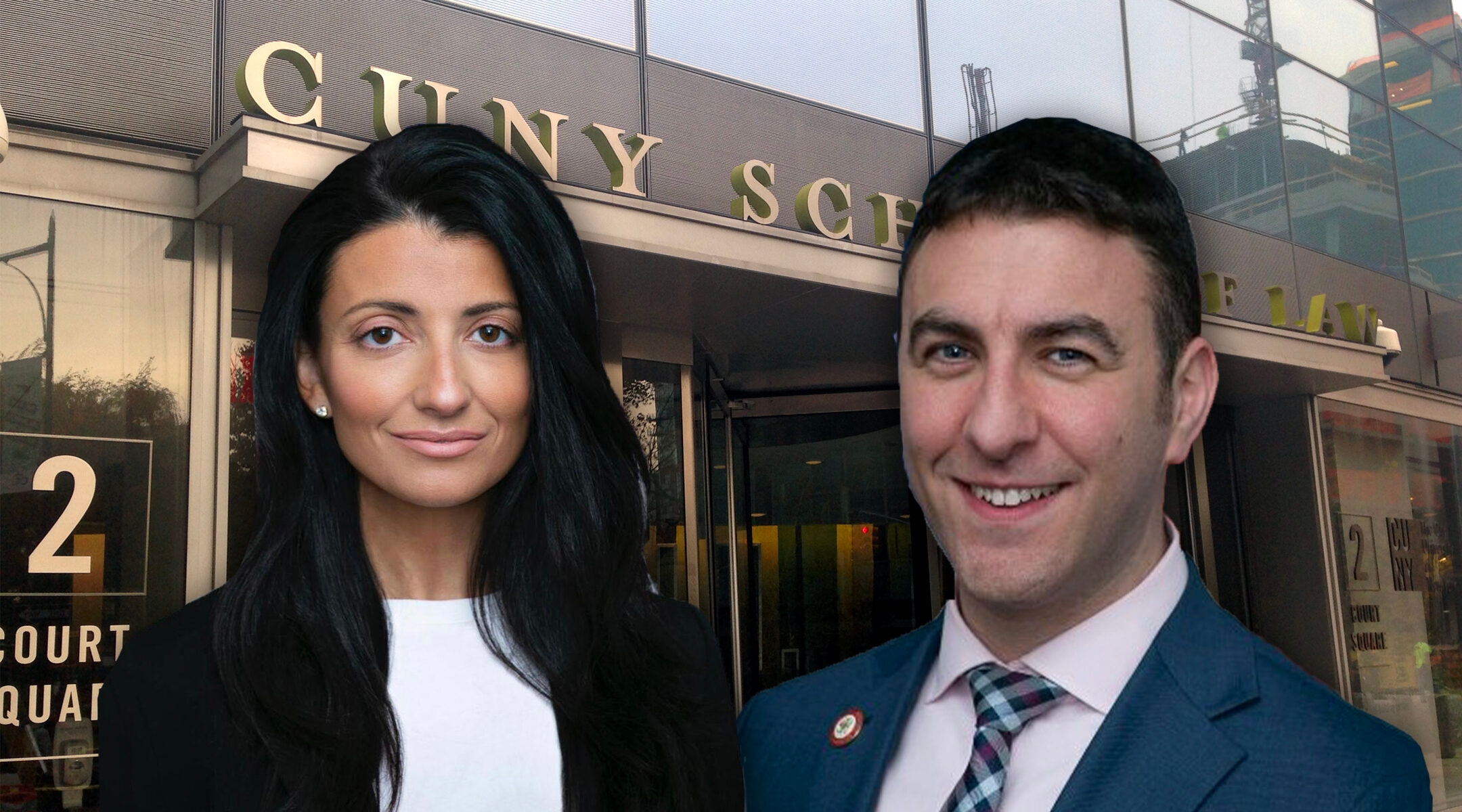 Council members Eric Dinowitz and Inna Vernikov announced on Tuesday that a City Council meeting on antisemitism has been postponed. (Courtesy)
Advertisement

(New York Jewish Week) — A New York City Council hearing on antisemitism at the City University of New York that was scheduled for Wednesday, June 8, has been postponed. While the cancellation drew the ire of organizations planning to testify at the hearing, the Council said CUNY’s Chancellor Felix Matos Rodriguez had a scheduling conflict and the hearing would be rescheduled.

The City Council’s higher education committee scheduled the hearing, called “Examining Antisemitism on College Campuses,” in response to the CUNY School of Law’s student government’s endorsement in May of the Boycott, Divestment and Sanctions movement targeting Israel.

Bronx-based Council member Eric Dinowitz, who chairs the higher education committee and the council’s Jewish caucus, told the New York Post last week that the hearing’s purpose was to ensure that CUNY “does not descend into the singling out of the only Jewish state in the world, and in turn, ostracize our Jewish students and residents.”

Multiple groups and organizations planned to attend and give testimony, including students, faculty, representatives from Hillel and the non-profit pro-Israel organization Stand With Us.

On Tuesday, Brooklyn Council member Inna Vernikov, who is the ranking Republican on the higher education committee, wrote on Twitter that she was “disappointed” that the meeting on June 8 was canceled.

Dinowitz told the New York Jewish Week that they are “accommodating the Chancellor’s schedule to ensure his attendance at the hearing.”

“This is an important issue that needs to be addressed and that’s why including the Chancellor in the hearing is so vital,” Dinowitz said.

Vernikov told the New York Jewish Week that she was looking forward to the hearing and is “confident that Eric Dinowitz and the Speaker’s Office will reschedule it.”

SAFE CUNY, a group which advocates for “Zionist Jews who are systematically discriminated against and excluded by” CUNY and the faculty union, first reported the cancellation on Twitter.

CUNY has 25 colleges across the five boroughs, with a central administration. Students and faculty at Baruch College, John Jay College of Criminal Justice, Queens College and Hunter College, among others, have complained about anti-Israel resolutions passed by the campus-wide faculty union, as well as an anti-Israel climate on their individual campuses. Some anti-Israel activism has crossed the line into antisemitism, the critics say.

Vernikov pulled $50,000 in funding from the CUNY School of Law two weeks ago because some of its faculty endorsed a resolution supporting the BDS movement.

Avi Posnick, Northeast Regional Director of Stand With Us, told the New York Jewish Week in an emailed statement that he was “disappointed that the hearing was cancelled.”

“[We] expect that the chancellor will make it a priority to find time in his schedule very soon, so that the victims of antisemitism can be heard,” Posnick said.

A City Council spokesperson told the New York Jewish Week in an email that the hearing “was deferred to accommodate CUNY graduations.”

“We are looking for a new date to reschedule,” the spokesperson said.

CUNY did not respond to a request for comment, but Matos did make a statement on May 30 in regards to the support of the BDS resolution at CUNY School of Law.

“CUNY does not support and to be clear cannot participate in BDS activities, and is required to divest public funds from any companies that do,” Matos said.

The pro-Palestinian group Within Our Lifetime planned a protest at City Hall on the same date and time of the hearing. The group is led by Nerdeen Kiswani, the CUNY School of Law graduate and recent commencement speaker who has a history of anti-Israel statements that include advocating for violence.

Dinowitz said the hearing’s postponement has “absolutely nothing to do with” those protests.  “They’re going to rally wherever we go,” Dinowitz said. “We’re not going to be swayed by protests.”

Vernikov added, “I’m not intimidated by any pressure from any groups, and I’m looking forward to the new date.”

Ilya Bratman, executive director of Hillel at Baruch College, who plans to testify at the hearing, said that Kiswani is “showing her hand” by holding this rally on the same date as the antisemitism hearing. “This hearing was not about anti-Zionism, it’s about antisemitism,” Bratman said. “Kiswani is going to rally against antisemitism? It’s stupid.”

Within Our Lifetime and Nerdeen Kiswani have repeatedly declined the New York Jewish Week’s request for comment.

The group posted on Twitter that the “racist City Council hearing targeting Palestine activism in CUNY” was postponed, so their protest will be rescheduled.