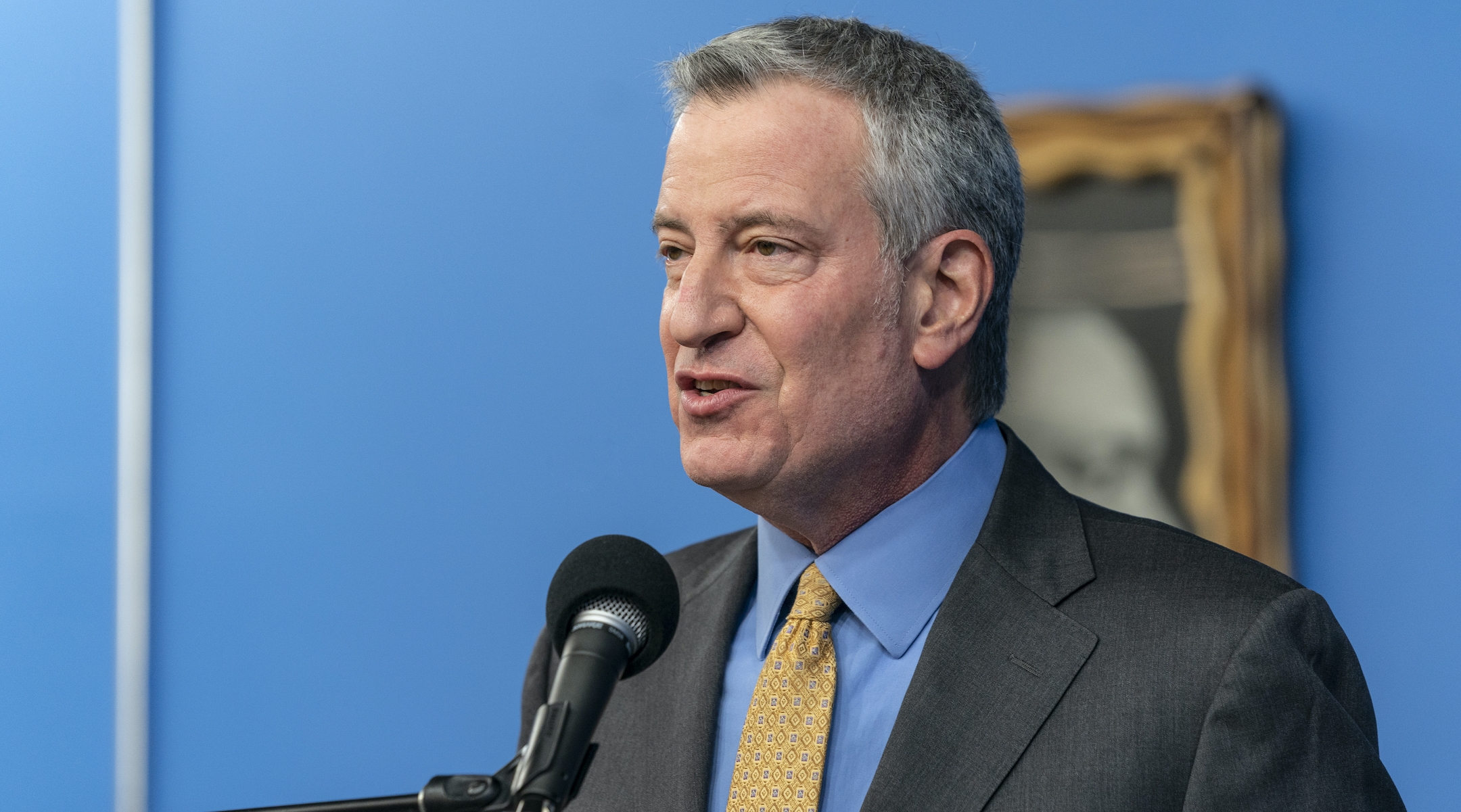 In a virtual candidate forum last Wednesday, in a discussion about campaign spending by the American Israel Public Affairs Committee, de Blasio was asked point blank if he supports the organization.

He said that he engaged with AIPAC in the past, but the organization has changed in a way that he called “unacceptable.”

“I am not seeking their endorsement and would not accept it even if it were offered,” de Blasio said.

De Blasio specifically mentioned progressive House candidate Nina Turner, who lost a primary election in Cleveland after AIPAC’s affiliated PAC and other pro-Israel political action committees contributed heavily to her opponent’s campaign. Turner had expressed solidarity with a Jewish group that accuses Israel of “apartheid” in its treatment of Palestinians.

“She’s an incredibly important progressive leader,” de Blasio said. “I thought the attack on her was not only horribly unjustified, it deprived our nation of someone who could have been a huge difference maker in terms of our progressive movement.”

De Blasio added that he believes in a two-state solution in the Middle East, which “needs to be put back on the agenda.”

“It’s the only path forward to peace in the region for both Israeli and Palestinian people to have their own states,” he said. “I would fight for that, and I would certainly fight against any organization that attacks my fellow progressives.”

Despite its name, AIPAC did not directly raise money for candidates until launching its own affiliated PAC in 2020. Liberals criticized the AIPAC PAC in March when its list of congressional endorsees included Republicans who voted against certifying Joe Biden as president.

De Blasio spoke at one of AIPAC’s annual policy conferences as recently as 2019.

In an interview with Jewish Insider, de Blasio emphasized that he has “a tremendous sense of personal loyalty to the State of Israel and to the Jewish community.”

He said while Turner is a friend of his, that “doesn’t mean I agree with every statement that she’s made.”

“From my understanding, Nina Turner thinks [U.S] aid [to Israel] should be conditioned,” de Blasio said. “I disagree with that. I think we have to protect Israel.”

De Blasio seems to be walking a thin line on Israel in a race in which he hopes to gain both the progressive vote and endorsements from haredi Orthodox leaders in a district that now includes Lower Manhattan and Brooklyn. He met with the latter last week and apologized for a tweet he wrote as mayor in 2020, criticizing the Jewish community for flouting COVID-19 restrictions.

He is one of 15 candidates running for the Democratic nomination, including Rep. Mondaire Jones, Councilwoman Carlina Rivera and Jewish attorney Dan Goldman. Another hopeful, Assemblywoman Yuh-Line Niou, has already been endorsed by the progressive Working Families Party.