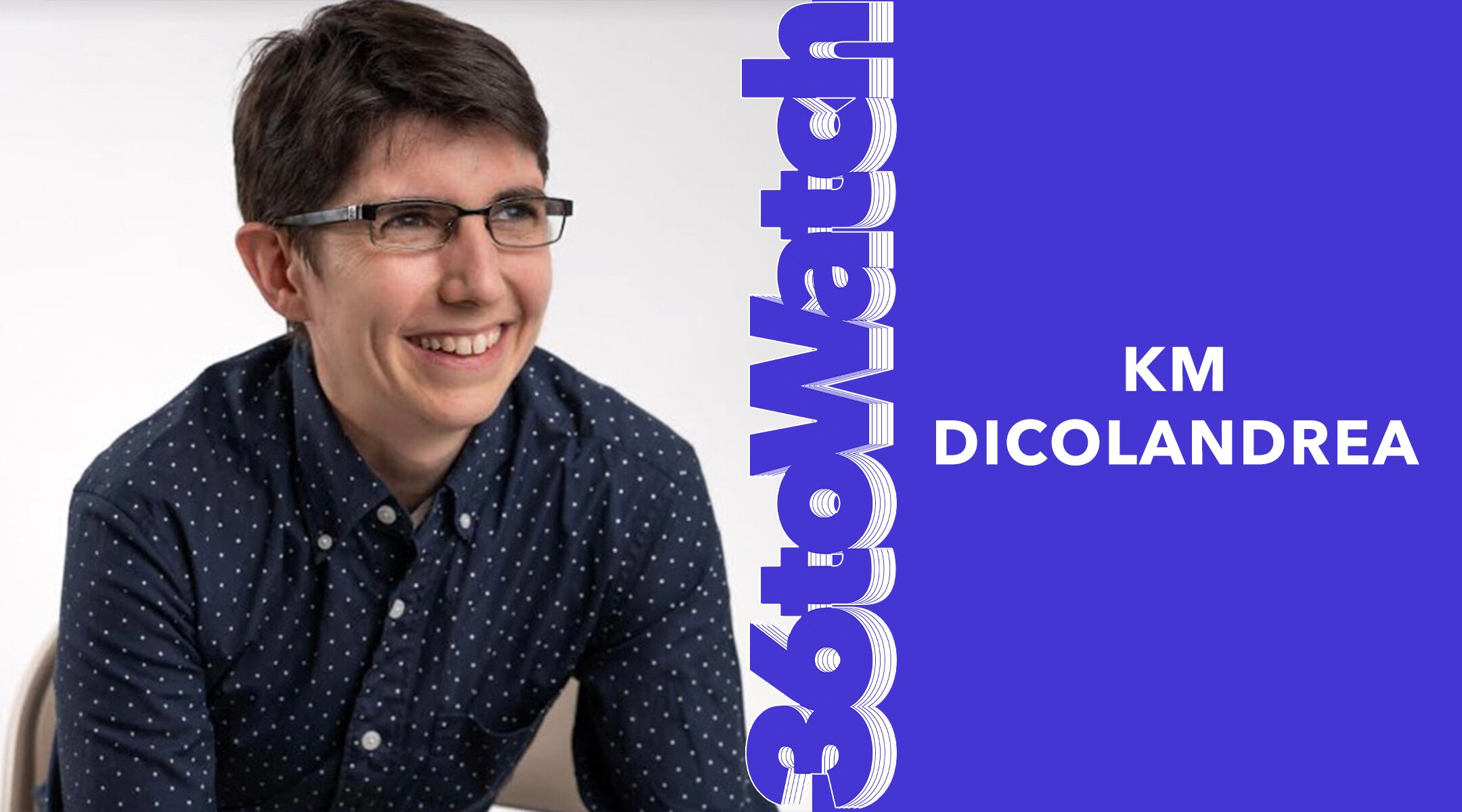 KM DiColandrea, an educator at Congregation Beth Elohim in Park Slope, was selected as one of the New York Jewish Week’s 36 to Watch (formerly 36 Under 36). This distinction honors leaders, entrepreneurs and changemakers who are making a difference in New York’s Jewish community. At CBE, “DiC0” served as the 7th grade lead educator for Yachad, the K-12 Jewish and Hebrew education program, and took on the role of assistant director of Yachad in the fall of 2020. In a viral story in Humans of New York, a former student described how DiCo — the student’s middle school debate coach — came out as transgender while teaching at the boy’s school, and how DiCo’s example and guidance changed his life. DiColandrea lives in Prospect Heights, Brooklyn.

New York Jewish Week: Tell us a little bit about your work.

DiColandrea: I’m a history teacher at my alma mater, Stuyvesant High School, and have established and coached nationally ranked speech and debate teams. My latest project, the Brooklyn Debate League, was the subject of a story in the blog Humans of New York that recently went viral. The league has become the resounding answer to the endemic inequality in the speech and debate world and raised over $1.3 million in the wake of recent media attention. I have been recognized with several awards for my work as an educator, including the Robert M. Sherman Young Pioneers Award from the Jewish Education Project, the New York Daily News Hometown Hero Award, the Teach for America Alumni Award for Excellence in Teaching and Yale College’s David Everett Chantler Award for Courage, Character, and High Moral Purpose.

I wasn’t raised with Jewish prayers, since I was almost 30 years old when I converted to Judaism, but I remember how my third grade teacher in Catholic school encouraged us to pray whenever we entered a car or subway, and I still say a little prayer whenever I leave the house. When I converted, I changed the name of to whom I’m addressing the prayer but I also added something: I ask God to help me work towards “justice, justice” and to live a life of peace.

The Torah commands us, “Justice, justice, shall you pursue,” and to me, teaching is justice work. To lead, inspire, and care for the next generation is holy work.

What’s a fun or surprising fact about you?

I played rugby in college even though I’m 5’3” and am terrible at sports.