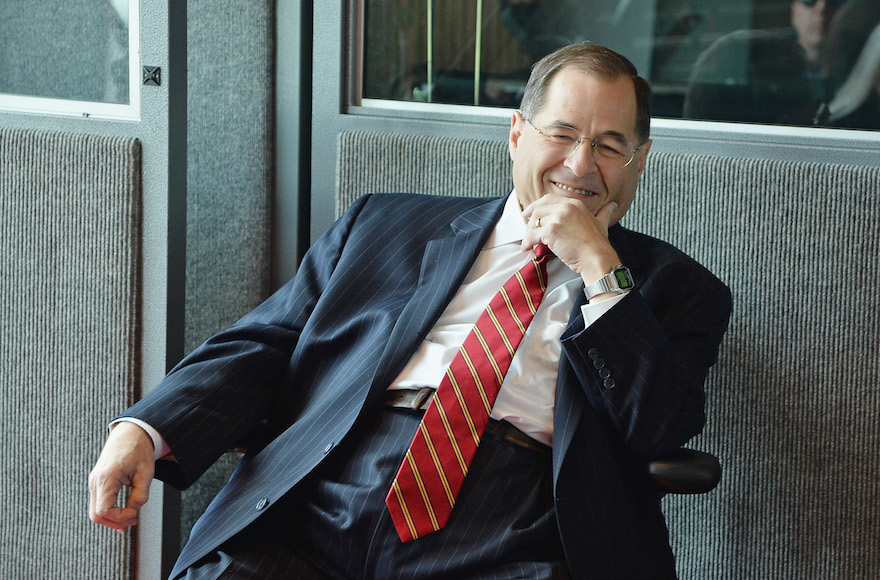 (New York Jewish Week) — Rep. Jerry Nadler’s election campaign sent out a fundraising email on Tuesday highlighting that he is the last remaining Jew representing New York City in the House of Representatives.

Nadler, 74, will face incumbent Carolyn Maloney, 76, in August’s Democratic primary in the newly drawn District 12, which has lumped the Upper West Side and Upper East Side together, forcing the two career politicians to face off against one another.

The email cites a report in The New York Times noting that Nadler is the sole Jew in a House delegation that, as late as 2001, included six Jews representing New York City. New York City counts the largest Jewish population in the country.

Senate Majority Leader Chuck Schumer, the highest-ranking Jew in government, represented Brooklyn and Queens in the House until he was elected senator in 1998.

The article quoted insiders lamenting the loss of Jewish political clout. “At a gut level, New York City without a Jewish representative would feel like — someplace else,” Letty Cottin Pogrebin, founding editor of Ms. magazine, told The Times.

The fundraising email directly appeals to Jewish sensibilities. Nadler co-campaign manager Julian Gerson says in the email that Nadler is “a person who lives and breathes Tikkun Olam,” the Hebrew phrase that has come to mean social action.

“For decades, Jerry has been our champion in Congress, turning his Jewish values into progressive legislation that can repair our broken world,” the email said.

The email also notes that Nadler is the most senior Jewish member of Congress, the “dean” of the Jewish Caucus and the Chair of the House Judiciary Committee.

“Jerry is at the forefront of it all,” the email said.

Florida Representative Ted Deutch, a Democrat who worked on the Foreign Affairs Committee and is retiring to lead the American Jewish Committee, is also quoted in the email.

“No one doubts Jerry’s progressive bona fides and no one doubts his commitment to the U.S.-Israel relationship,” Deutch said in the email. “That’s a really, really important role, especially at this moment.

The primary will take place on Aug. 23.