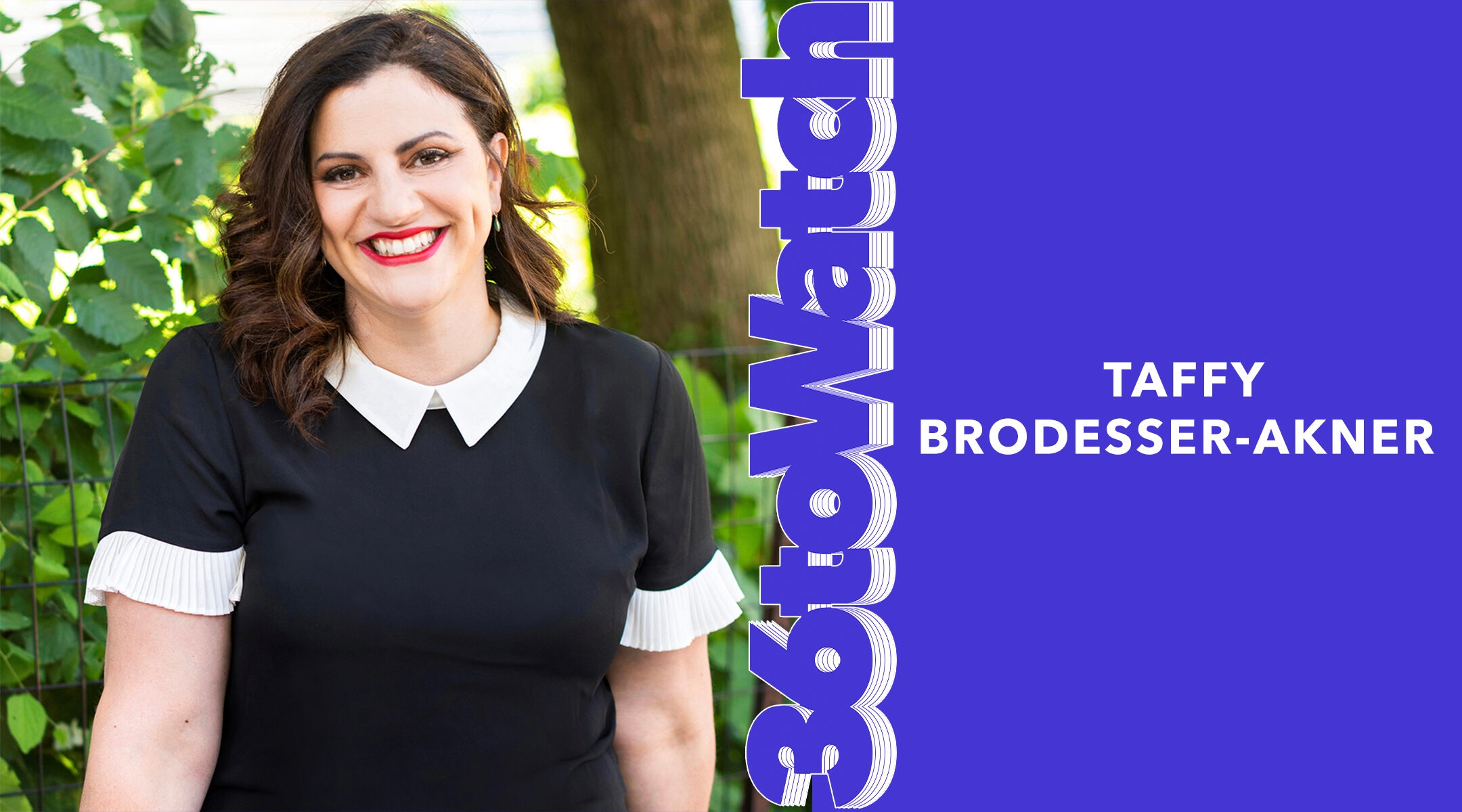 Taffy Brodesser-Akner, novelist and features writer, was selected as one of the New York Jewish Week’s 36 to Watch (formerly 36 Under 36). This distinction honors leaders, entrepreneurs and changemakers who are making a difference in New York’s Jewish community. Brodesser-Akner’s novel, “Fleishman Is In Trouble,” was named a New York Times Notable Book of 2019 and was long-listed for both the National Book Award and the Carnegie Medal; a streaming television miniseries based on the novel and starring Jesse Eisenberg will premiere on FX on Hulu. Brodesser-Akner lives on the Upper West Side.

New York Jewish Week: Tell us a little bit about yourself.

Brodesser-Akner: I was born in New York, lived in Los Angeles and New Jersey, briefly and regrettably, and live here again on the Upper West Side. I’m a staff writer at the New York Times Magazine and the author of “Fleishman Is In Trouble,” which I adapted as a limited series for Hulu/FX with the help of many others and will air in the fall.

Who is your New York Jewish hero?

Stu Loeser. He’s one of my best friend’s husband, and I’ve known him since he worked for Chuck Schumer, then when he came Mayor Bloomberg’s press secretary (and was New York’s longest-running press secretary). He runs his own PR shop now and does a fair amount of crisis work and is such a mensch. I’ve seen him jump at the opportunity to help and leverage any connections and influence and skill he has at the first indication that there is a person who needs his help. This in addition to his family, his religious observance and his dedication to tweeting about his #Bronxneighborhood and random old cars that are parked across the street and wordplay.

My father always tells me, “If you’re born to be hanged, you’ll never get shot.” I’m not always sure what it means, but it quells some of my anxiety some of the time.

B&H Dairy on Second Avenue. I ate my first foods there when I was a baby because we lived in the Village. I think that’s why I prefer a pierogi-only diet.

After my high school graduation, my family went to Ratner’s on Delancey Street. Jackie Mason was there. My grandmother got up and introduced us to him as if she knew him.