The Jewish internet solved this missed connection on the 2 train 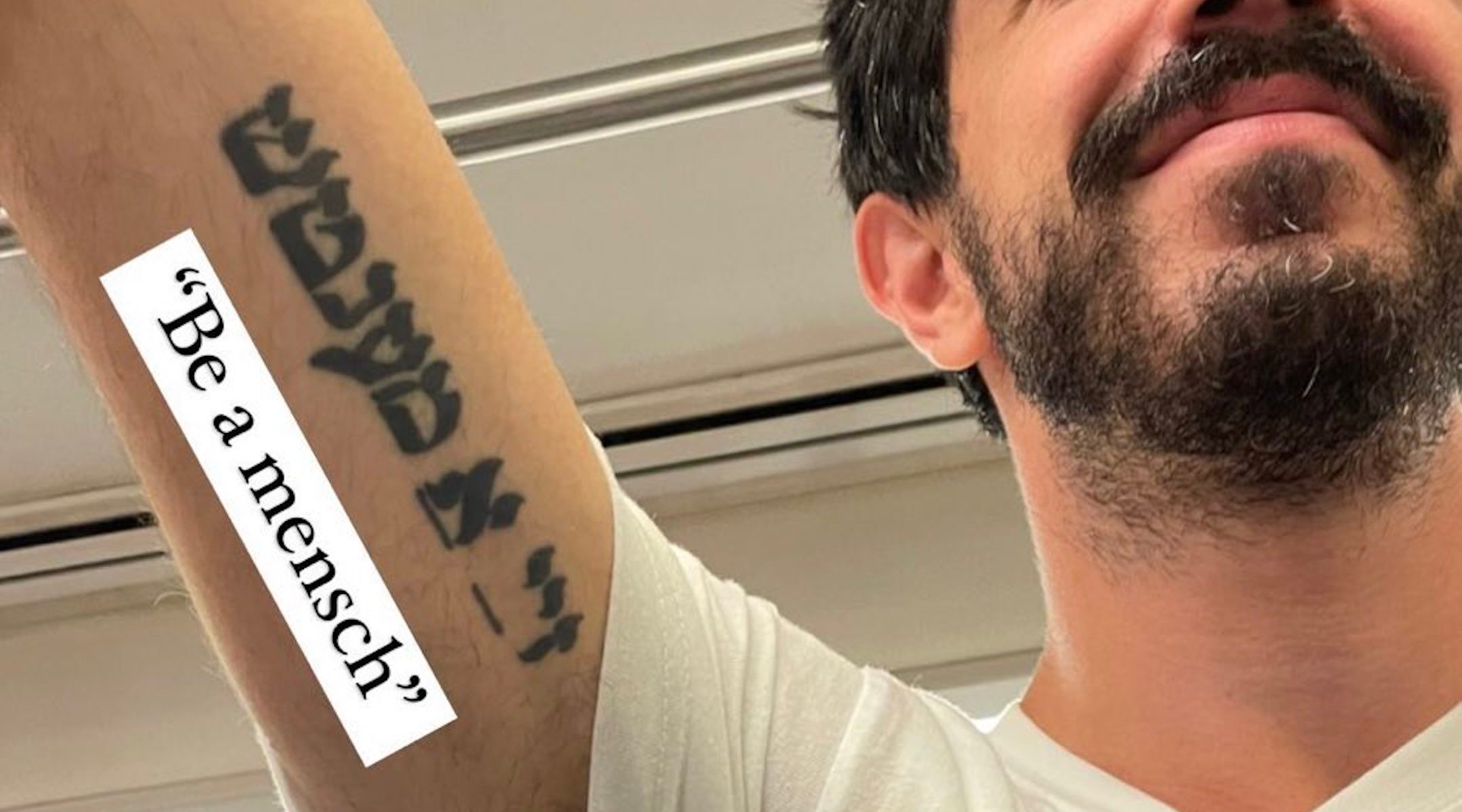 A closeup of the tattoo from the image Lisbon posted to her Instagram story on July 20. (Screenshot from Instagram)
Advertisement

(New York Jewish Week) – A missed connection on the Brooklyn-bound 2 subway train sent the Jewish internet into a spiral this week, after stand-up comedian Chani Lisbon and her friend Yael Reisman both posted the story on Instagram and Twitter.

Lisbon was riding the subway home to Crown Heights late Monday afternoon when she spotted a man with a large “Be a Mensch” tattoo written in Yiddish on his bicep. She asked if she could take a picture and post it on social media and the two struck up a conversation.

Naturally, Lisbon asked if he was Jewish (he is), but the pair didn’t get far enough into the conversation for her to ask for his last name or contact information. They spent most of their short conversation talking about the fact that the man, whose name is Mike, isn’t on social media.

Despite that, Lisbon posted the picture she took on the subway on her Instagram account, where she has over 6,000 followers. The caption explained, “I asked if I could take a pic of his awesome tattoo I’d tag him but he’s too much of a mensch to be on @instagram.”

In the picture that soon gained traction, the white-shirted subway stranger’s Yiddish tattoo features prominently as he holds the subway railing. In her effort to reconnect, Lisbon started a #mikethemensch hashtag on Instagram.

“My DMs blew up, people wouldn’t let it go,” Lisbon said. “They wanted to know why I didn’t get his number.”

Reisman, a friend who also lives in Crown Heights, offered to repost the image on her Twitter account, where she has nearly 2,400 followers.

“IMPORTANT: my friend chani met this nice guy on a bk bound 2 train yesterday at around 5 pm. do you recognize this man? his mensch tattoo? (he agreed to the picture, she’s also a mensch),” she wrote on July 19.

IMPORTANT: my friend chani met this nice guy on a bk bound 2 train yesterday at around 5 pm. do you recognize this man? his mensch tattoo? (he agreed to the picture, she’s also a mensch) pic.twitter.com/zPniSxQHNO

“I met my boyfriend on Twitter,” Reisman told the New York Jewish Week. Years ago, he followed her and sent her a message, and they have been together since then. “So whenever I see a story about Twitter love, I have a soft spot for it. I really felt like Chani needed to do it.”

It only took moments before the search was officially on, and more than a few strangers and friends became invested in making sure the two met up again. Accounts with 60,000 and 70,000 followers re-upped Reisman’s call to action.

“RTing out of missed connection nostalgia,” said another.

It only took three hours for a stranger to reach out to Reisman and say he knew the guy in the photo — along with his last name — and he’d try to get them in touch.

“For me, it’s an incredible story because it just shows the power of the internet and the Jewish community,” Lisbon said. It turned out one of her friends had rented the “mensch” an apartment years ago, and they are still friends on Facebook — though he doesn’t seem to have been active on the site in the last few years.

Reisman and Lisbon are still awaiting the man’s potential response, even though Lisbon has no idea what her end goal is. “I just want to say hi and get a coffee,” she said.

“Chani’s really funny and engaging so at the very least they could have a nice little meet-up, but who knows?” Reisman said.

Social media, of course, wants the story to end in a wedding. One follower told Lisbon they should get married on Instagram Live. Another chimed in to say she met her husband at the subway stop on 72nd and Broadway — and their 20th anniversary is coming up.

“Even if I never hear from him again, it doesn’t matter. I’m changed as a person for what happened yesterday,” Lisbon said. “It feels like the whole world is in this together.”