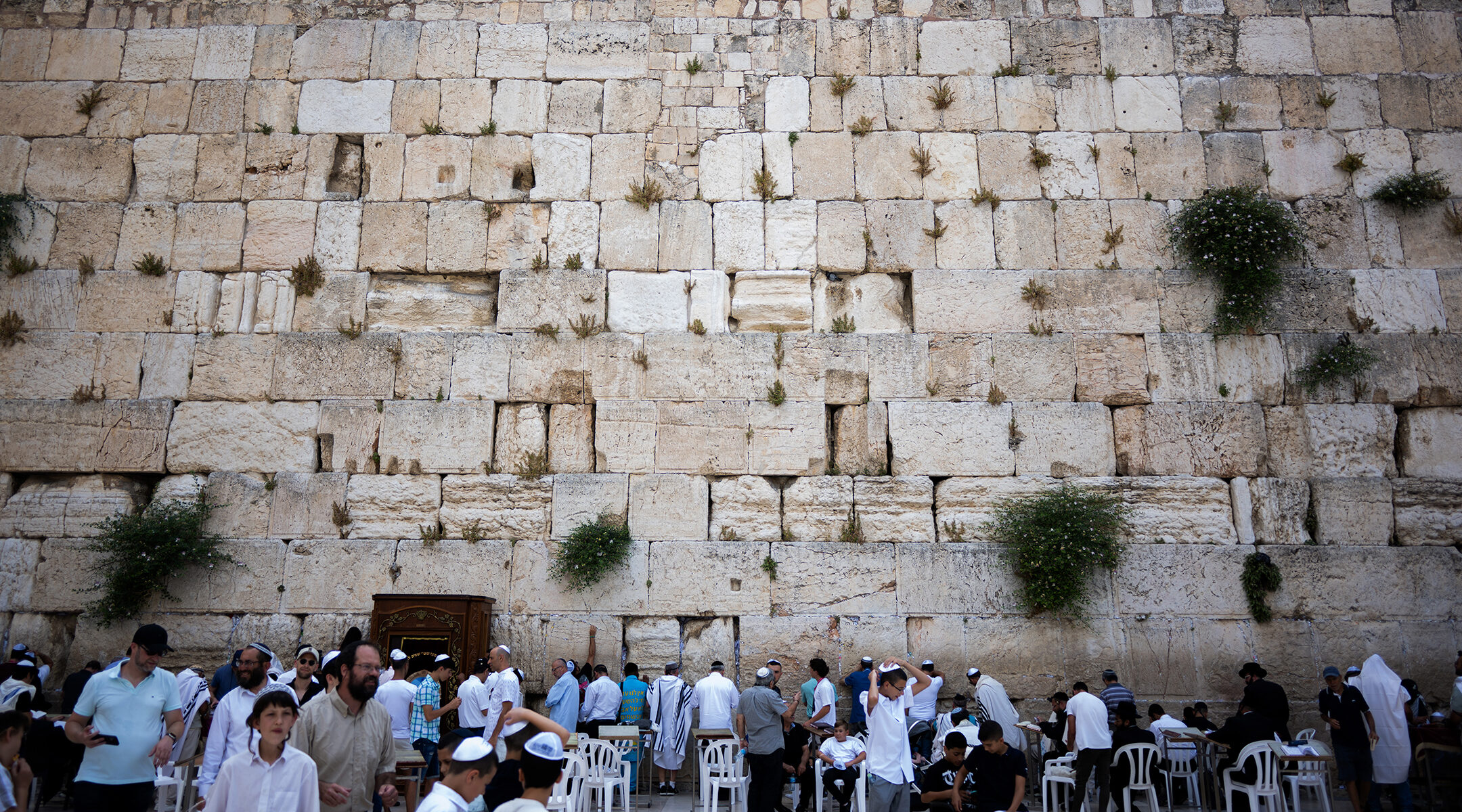 (New York Jewish Week) — An Orthodox family of four from the Williamsburg neighborhood of Brooklyn were among those shot on a bus near the Western Wall during a terrorist attack in Jerusalem’s Old City on Sunday morning.

Eight people, including five Americans, were wounded during the attack, two seriously according to Israeli police. There were no fatalities.

The suspect in the attack is a 26-year-old Palestinian man from East Jerusalem, who turned himself in after fleeing the scene.

Rabbi David Niederman, executive director of United Jewish Organizations of Williamsburg, confirmed to the New York Jewish Week that Shia Hersh Glick — a member of the Satmar Hasidic movement — and his wife, son and daughter were among those shot.

Glick’s wife and son are in stable condition according to Niederman, but Glick is on a respirator after shielding his family from the attacker.

“The bullet that went through [Glick’s] head was taken out and now they are working on his throat,” Niederman said, audibly shaken on the phone, his voice fragile and tired. “Unfortunately, he’s fighting for his life.”

Niederman, who was in touch with the Glick family, said that Shia Glick is a cancer survivor who “now has to fight for his life again.”

“The pain cannot be explained,” Niederman said. “We feel it as a community. It didn’t only happen in Israel. It hit home for us. We can only hope and pray.”

Niederman said the family is asking that people pray for them to “go through this and still be whole.”

The family is in Israel because the son, who was shot in the arm, is getting married.

“His son wants his father to be at his chuppah,” Glick said, referring to the Jewish wedding canopy. “Imagine the bride. Everybody in the community is praying that he will recover, that the family will resurrect from this tragedy to be even stronger, with a new couple and children to come.”

According to CNN, there was also a pregnant woman on the bus who was shot and underwent an emergency cesarean operation.

Sen. Chuck Schumer (D-N.Y.) said Glick was “beloved by all in the community and called the incident a “deeply disturbing and despicable act” during his Sunday press conference.

“We are in touch with the State Department, Israel leaders and Jewish community leaders in Brooklyn to offer any assistance I can,” Schumer said.

Schumer added that Glick is in “critical condition, but God willing, expected to survive.”

New York City Mayor Eric Adams also said in a tweet that he is in contact with “authorities and the Israeli government to ensure their needs are met.”

“New Yorkers stand with Israel today,” Adams said. “We know that some of our own were victims in last night’s terror attack in Jerusalem.”

New Yorkers stand with Israel today, and we now know that some of our own were victims in last night’s terror attack in Jerusalem. As we pray for their well-being, we are in contact with authorities and the Israeli government to ensure their needs are met.

“We can’t take it anymore,” Niederman said. “Wherever we are, we have to pray and be vigilant with what’s going on around us. Hashem is guarding us, and we will overcome this as well.”

This shooting comes just a week after Gaza militants fired rockets into Israel, while Israeli military strikes in Gaza left dozens of Palestinians dead, including children.