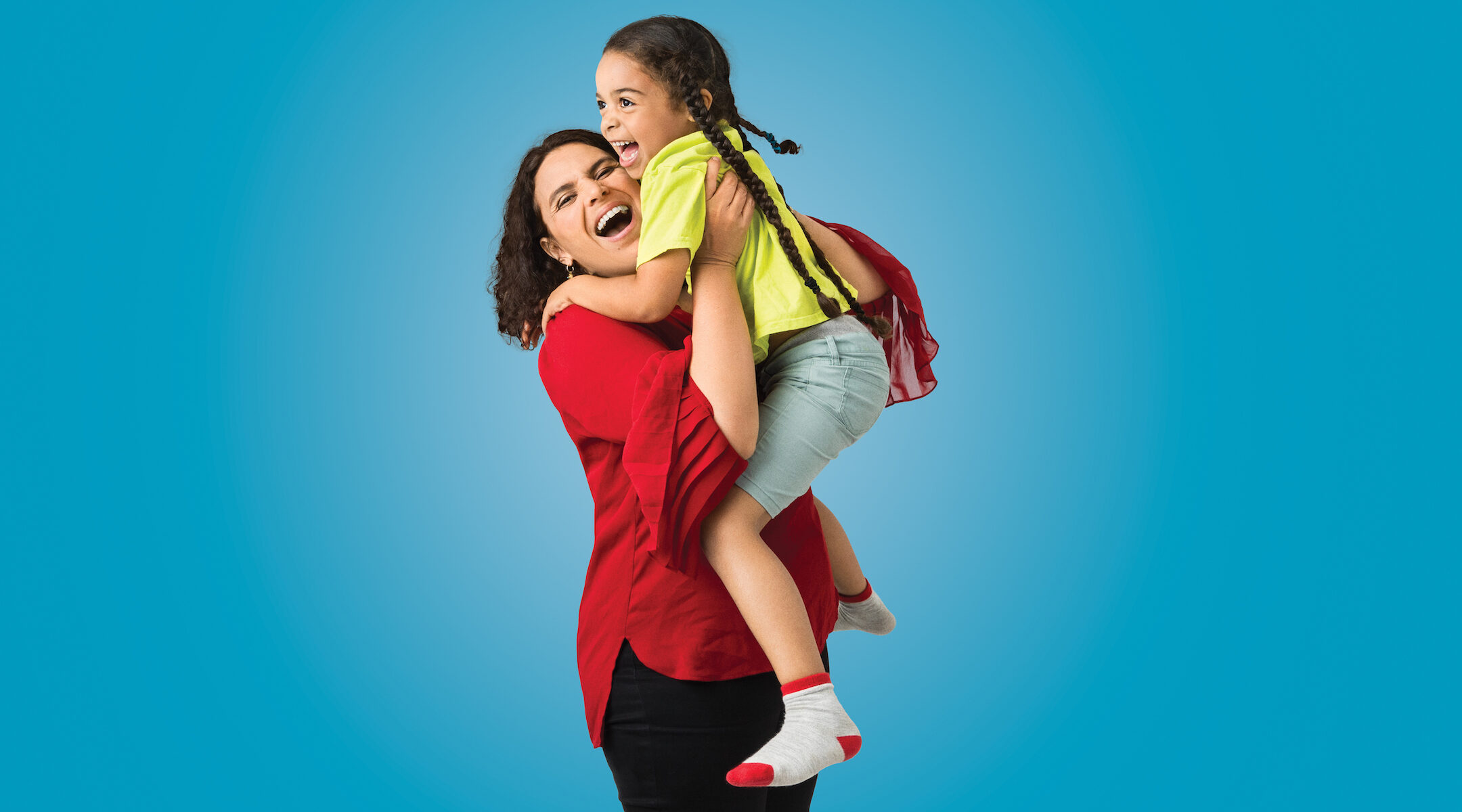 Judith Helfand, shown with her daughter Theo, is the director of the first-person documentary "Love & Stuff." (PBS)
Advertisement

This is the stuff Helfand’s mother Florence left behind when she died of metastatic colon cancer in 2013, and which her middle-aged daughter cannot bear to throw away. In her unflinching and often hilarious film, which makes its national broadcast premiere on PBS’s “POV” series on Monday, Helfand shows the boxes and boxes of her mother’s stuff that fill her (modest) Upper West Side apartment. “They still held traces of my mom’s DNA,” Helfand explains in the film. “And it was precisely the ‘Mom’-ishness of them that made it impossible for me to throw them away.”

“Love & Stuff” is an essay on the art and pain of letting go, created by a filmmaker with a tendency to live her life out loud. Twenty-five years ago “POV” aired “A Healthy Baby Girl,” Helfand’s documentary about her own battle, at age 25, with cancer caused by DES, a drug prescribed to her mother during pregnancy. The home movies she shot for that film are repurposed here, as she moves back and forth among memories of her mother, the illness that killed her, and Helfand’s adoption — when she was close to 50 — of her own baby girl.

“I’ve been making first-person films that explore sort of important universal topics but through a very personal middle-class, Jewish, heimish lens since 1990,” Helfand told me in an interview Thursday, using the Yiddish word for intimate and homey. The universal topics in this case are helping a loved one toward a “good death,” dealing with grief and learning to embrace a future despite the specter of inevitable loss. The film is a “road map,” said Helfand, for “when the whole world turns upside down.”

I’d never met Helfand, but instantly related to her and her world. We’re about the same age, and grew up a town apart on Long Island. Her Upper West Side milieu is so familiar to me (she attends Romemu, the popular Jewish Renewal congregation) that I wasn’t surprised when a good friend of mine shows up in the film to give her advice on clearing space for her new baby. 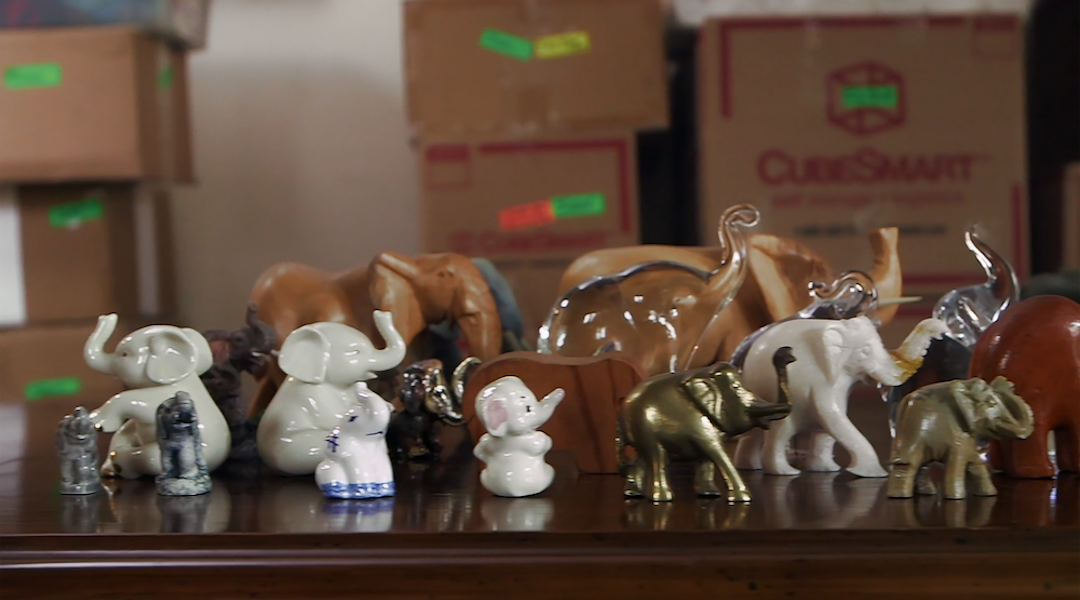 The film is also a tribute to the kinds of intimate communities that I’ve come to think of as “accidental families,” and associate with the synagogues I’ve belonged to. Throughout the film and her many life changes, Helfand appears to be surrounded by helpful, caring friends. They offer advice, practical help and tough love. Helfand told me that her late father asked her to promise that she would join a synagogue “because you don’t want to have to produce your own shiva.” Macabre advice, maybe, but to me a profound statement about what it means to be part of a community.

A PBS news release describes Helfand’s “heimish gallows humor,” and that also strikes me as just right. Early in the film, soon after her mother dies, Helfand describes shiva as “a week surrounded by loved ones and friends … comforting, exhausting and punctuated by babka.” The camera lingers on the piles of pastry dropped off by visitors. “Every night that week, around 4 a.m., I woke up to grief,” says Helfand, whose struggles to control her weight are an important part of the film. “The kind that gets you out of bed and leads you to the kitchen praying not to break into the babka. She’s not in the babka. Step away from the babka.”

Most of all, I related to Helfand’s struggles with stuff. I have a pile of my late father’s belongings in my basement, in an area I call — stealing a phrase from the writer Ian Frazier — the “dad museum.” There’s a big bag of my late mother-in-law’s medications in my wife’s home office. And lately I’ve been looking at my own junk and imagining my poor kids having to go through it one day. In her definitive graphic memoir about her parents’ last days, “Can’t We Talk About Something More Pleasant?”, cartoonist Roz Chast passes on this bit of sage advice for anyone considering downsizing: “If you don’t think your kids are going to want it, don’t take it.”

Of course, it’s not just about stuff — as the title of Helfand’s documentary makes clear, it is also about love. Her neologism “Mom-ishness” is canny: It’s a play on “mamash,” Helfand told me, a word in Hebrew and Yiddish that can mean “actually” or “literally,” but at root means “substance” or even “reality.” It’s hard to let go of your parents’ tchotchkes not because they may be worth something, but because they express who they were and the lives they lived.

And yet moving on also means letting go of the physical reality of those we cherish. “Love & Stuff” is about finding a place where they can live inside of us, and not just in our closets and basements. As Helfand puts it, “She’s not in the babka.”

“Love & Stuff” premieres on “POV” Monday, Sept. 5 (check local listings) and is available to stream through Nov. 5  at pbs.org, and the PBS Video app. On Sept. 14 at 7 p.m., there will be a live screening at the Marlene Meyerson JCC Manhattan, followed by a Q&A with the director. Click here to purchase tickets.