Barnard’s Jewish president looks back on her last first day 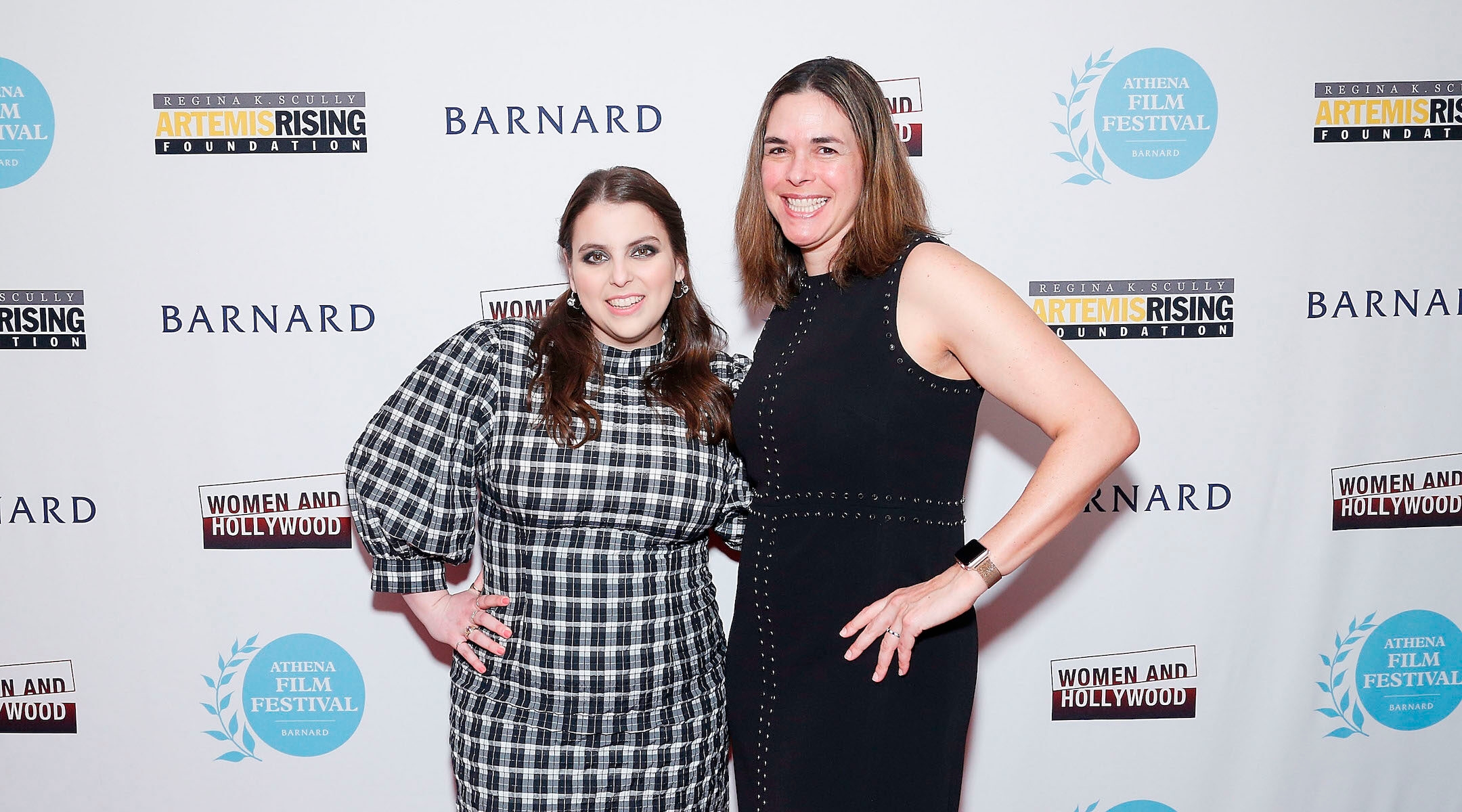 Beilock, who took on the role as president of the all women’s college in 2017, announced earlier this summer that she will move on to become the president of Dartmouth College, replacing Phil Hanlon at the beginning of the next school year. Beilock will be Dartmouth’s first-ever woman president and, at 46, the youngest college president in the Ivy League. Along with her tenure as president of Barnard, she brings with her more than a decade of experience from the University of Chicago, where she was a psychology professor, on the faculty senate and eventually executive vice provost.

“I get more excited to help other people’s great ideas come to fruition and that’s one of the things I love about being in a university environment. Sometimes those ideas are undergraduates’, sometimes they’re faculty’s, sometimes they’re from staff or alums,” Beilock told the New York Jewish Week. “There needs to be different voices around the table sharing different experiences and I think that’s exciting.”

Beilock, who also ran a large psychology laboratory in Chicago, has done extensive research into how and why people’s brains can fail them in high-stress situations. That has helped her personally and professionally navigate delicate campus discussions and evaluate many different perspectives. During her tenure at Barnard, she struck down a BDS, or Israel boycott, referendum organized by the school’s undergraduate student government, noting the vote would limit discourse on campus and that it was not reflective of the entire Barnard community.

The New York Jewish Week caught up with Beilock to discuss what her time at Barnard has meant to her as a Jewish woman and leader of an academic institution, and what she will bring to her new role at Dartmouth. 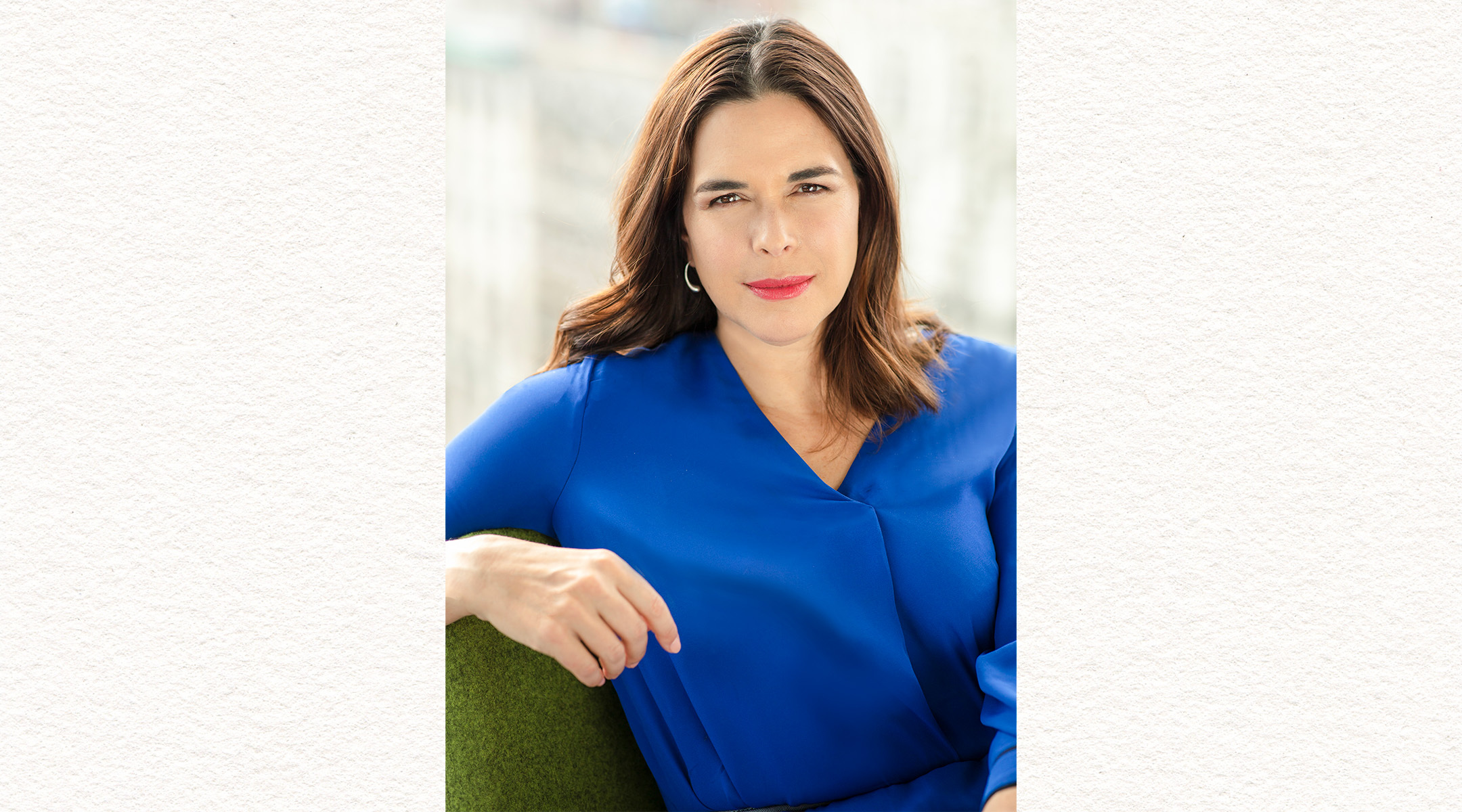 New York Jewish Week: What were the biggest challenges you faced during your time at Barnard, especially within Jewish issues and balancing both free speech and navigating Israel advocacy and Israel criticism?

Sian Leah Beilock: Before I was at Barnard, I was at the University of Chicago, which I would say is known for its principles around free speech. I brought a lot of that in my thinking in leading Barnard. In my mind, the role of an institution is to create a big tent where different voices and opinions can be heard. When you do that in the right way, your outcomes are better. I based this on data in psychology literature — when we have diverse people with different lived experiences around the table, who feel included and comfortable pushing at each other, we can end up in a better place. Part of what I have focused on is trying to create that umbrella at the institution.

For example, not everyone is happy with speakers that faculty invite, but again, I do think faculty should have the ability to invite speakers that may not represent everyone’s point of view, and certainly they don’t speak for the institution. I frankly think it’s really helpful to hear speakers that you vehemently agree or disagree with, because it helps sharpen your own ideas. It’s an opportunity to engage in discourse. I’ve had to talk about speakers that have been on campus and my general support for those with different views.

We had a BDS referendum at Barnard when I was in my first year, which I came out against. I talked about the idea that taking a position could potentially [suppress] discourse on campus and that people have different views about Israel and the policies of Israel, and I wouldn’t want to do anything as an institution that would send a signal that some people couldn’t talk about those views.

It comes back to this idea that different perspectives lead to a better outcome. Approaching an issue having been a faculty member, or from the fact that I am a woman and have been the only woman in certain situations, leads to different perspectives. Sometimes we are very quick to say “No, I’m just a president,” or “I’m just a faculty member.” Especially in this day and age, when we’ve had two years of Zooming into everyone’s home and realizing people aren’t one dimensional, it’s not just important in thinking about leadership at a university, it’s important for companies to think about how they retain employees. Oftentimes employees are asking to be recognized as more than just an employee, that they have these other aspects of themselves. So I’ve brought that to bear in how I think.

Every aspect of my identity plays into my leadership. I do think being brought up in a [Jewish] culture that values this type of really tough, honest questioning and discourse is something that I bring to what I do as an administrator, and so that is definitely part of my identity. I find  opportunities to celebrate that, whether it’s going to the Hillel for Shabbat dinner or the High Holidays or even just talking about it with students on campus.

Do you feel any surprise about how short your Barnard term was, and is there anything you hope to accomplish in the next year before you leave?

I will have been working at Barnard for six years. Opportunities come up on timelines that are not necessarily ones you premeditate and the fit with Dartmouth and the excitement about how I think I can help continue to build the institution is something that I couldn’t pass up. I like New York — there’s sort of just this exciting feeling of people pushing on things and moving and things getting done. I think you’d get that in a university atmosphere anywhere, but probably at a heightened level in New York. Hanover [New Hampshire] has been great so far from what I’ve seen. It’s so beautiful and I’m excited to be there as well.

In the next year, we’re continuing to raise funds for our renovated and expanded science building and we’re breaking ground on a new wellbeing center, so I’m excited about that. I think any institution is stronger and so much more than just its leader and I’m excited to have had an impact at Barnard and then to welcome in the next great leader.

What are you most proud of when you reflect on your time at Barnard?

This came up in conversations with students and even conversations with faculty and an understanding that not everyone, Jewish or otherwise, came to campus with a full understanding of history. Recently, my Dean of the College sent out an email to all the faculty about the High Holidays and about the diversity of ways that Jews can honor the holidays and to be aware of that. These are important values and ideas to continually call out, and there are always mechanisms to do that within an institution.

Its an important value to me to be able to talk about antisemitism in a broader framework — it doesn’t always have to be talked about within the framework, but it shouldn’t be left out. The idea is to ensure that everyone feels included, because that’s how you get the best out of people.