A house in High Falls, New York where Marc Chagall lived from 1946-1948 is on sale for $240,000. (Courtesy Berkshire Hathaway HomeServices Hudson Valley)
Advertisement

Not the brick house where the artist grew up in Vitebsk, in what is now Belarus. Not his heavy stone villa in the south of occupied France, nor his New York apartment on East 74th Street, nor the studio where he worked in Sag Harbor, Long Island.

A real estate agent in upstate New York is listing the two-bedroom, one-bath “hillside cottage” in Ulster County where Chagall lived and worked between 1946 and 1948. The light gray shingled house on a half-acre in High Falls is on the market for $240,000.

Chagall shared the house with his much-younger lover, Virginia Haggard McNeil, an artist and British diplomat’s daughter who had been his housekeeper when he lived in New York City. It was a time of sadness and rejuvenation for the artist, who had lost his wife Bella to an infection just a few years before. Haggard, who was married at the time to another man, was pregnant with Chagall’s son, David, when they moved to High Falls.

According to the local Poughkeepsie Journal, Chagall’s stay in the house was a productive one: Working out of a smaller bungalow that served as his studio (which does not seem to be included in the asking price), he “created more than 100 paintings, lithographs and sketches.” 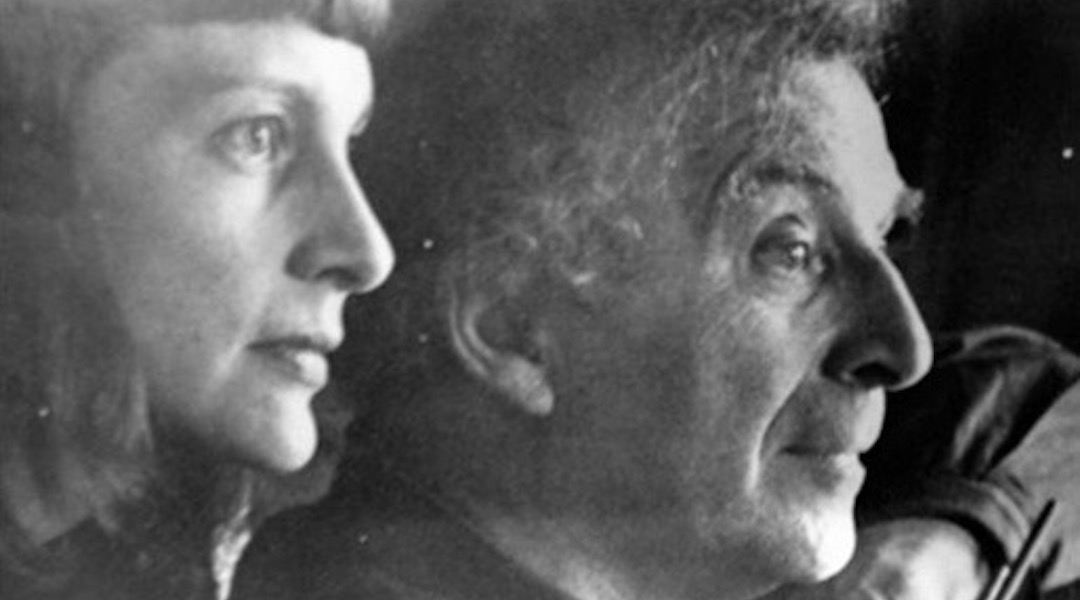 Chagall himself said the small house reminded him of his hometown, where he grew up in a Hasidic family before leaving for St. Petersburg to study art. He eventually moved to Paris to make his living with the color-soaked, gravity-defying images of rural Jewish life that became his signature. Chagall, who spoke French with Haggard but never mastered English, was able to chat with Yiddish-speaking neighbors in his new Catskill Mountains home.

Haggard also wrote about their time in the house on Mohonk Road, a close drive to the college town of New Paltz. “Marc felt at peace in High Falls,” she wrote in her memoir. “Life had been simplified, and Marc had no need to worry over money matters.”

Still, the couple left for France two years later and never returned, in part because the U.S. government denied him visas owing to his leftist politics. Chagall died in France in 1985.

The town has paid tribute to their famous former resident over the years, with a nearby museum exhibit that featured reproductions of the work he created at High Falls and a show by women artists dedicated to Haggard. At one point there had been talk of the local historical society buying the house, which last sold in 2004 for $200,000.

“It now has the aesthetic of a hillside cottage and a rich history,” according to the listing. “The land stretches back to a forested area that can be used as one’s private oasis.”