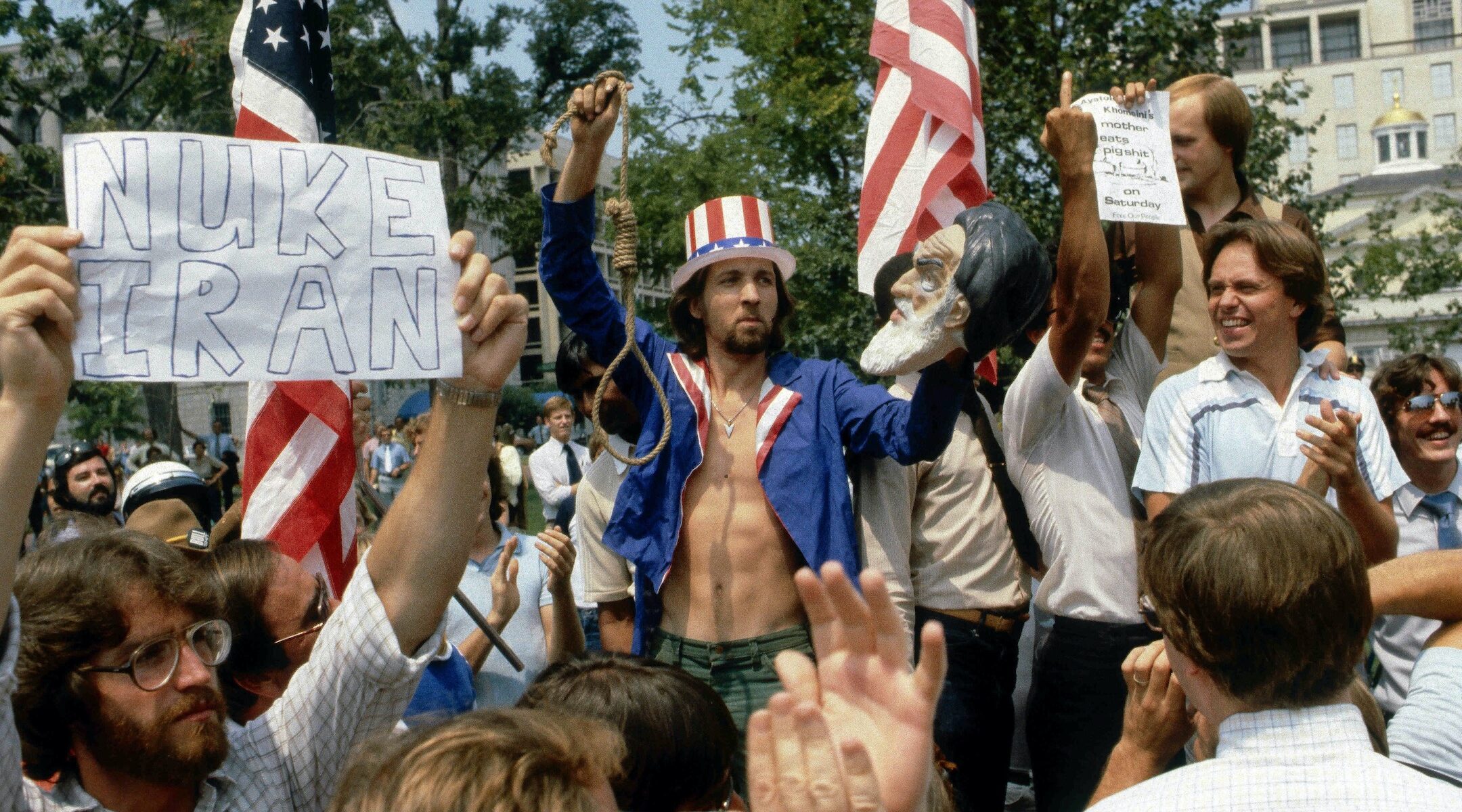 (New York Jewish Week) — After a “traditional, religious” Jewish childhood in Brooklyn where he attended yeshiva, Barry Rosen fell in love with Iran.

Rosen was 22 when he joined the Peace Corps and set out on a two-year stint in Iran in 1967. There, Rosen felt deeply connected to the people and culture of the country — he loved the food, the clothing, the language, and the sights, sounds and smells.

“I was told by members of the Peace Corps that Jewish kids did very well in Iran,” Rosen says at the beginning of “Taken Hostage: The Making of an American Enemy,” a new two-part documentary on PBS that explores America’s role in the Iranian Hostage Crisis of 1979. “I felt to a certain degree that there was a warmth there that I could see in my own family. There was a sense of kinship that I felt for Iranians.”

Twelve years after first arriving in Iran, however, Rosen, would become one of the 52 hostages attached to the American embassy in Tehran who were held by Iranian college students for 14 terrifying, pivotal months. When he returned as a press attaché for the US Embassy in 1979, the country he loved was on its way to becoming the oppressive religious republic it is today.

That year, its citizens staged a revolution and overthrew the corrupt, American-backed shah, Mohammed Reza Pahlavi, to make way for Ayatollah Khomeini, the Muslim cleric and “supreme leader.”

In November, 1979, students took control of the American embassy and demanded the shah return from exile to be tried for his crimes. Pahlavi, who had always maintained strong relations with the United States, was in New York for cancer treatment. 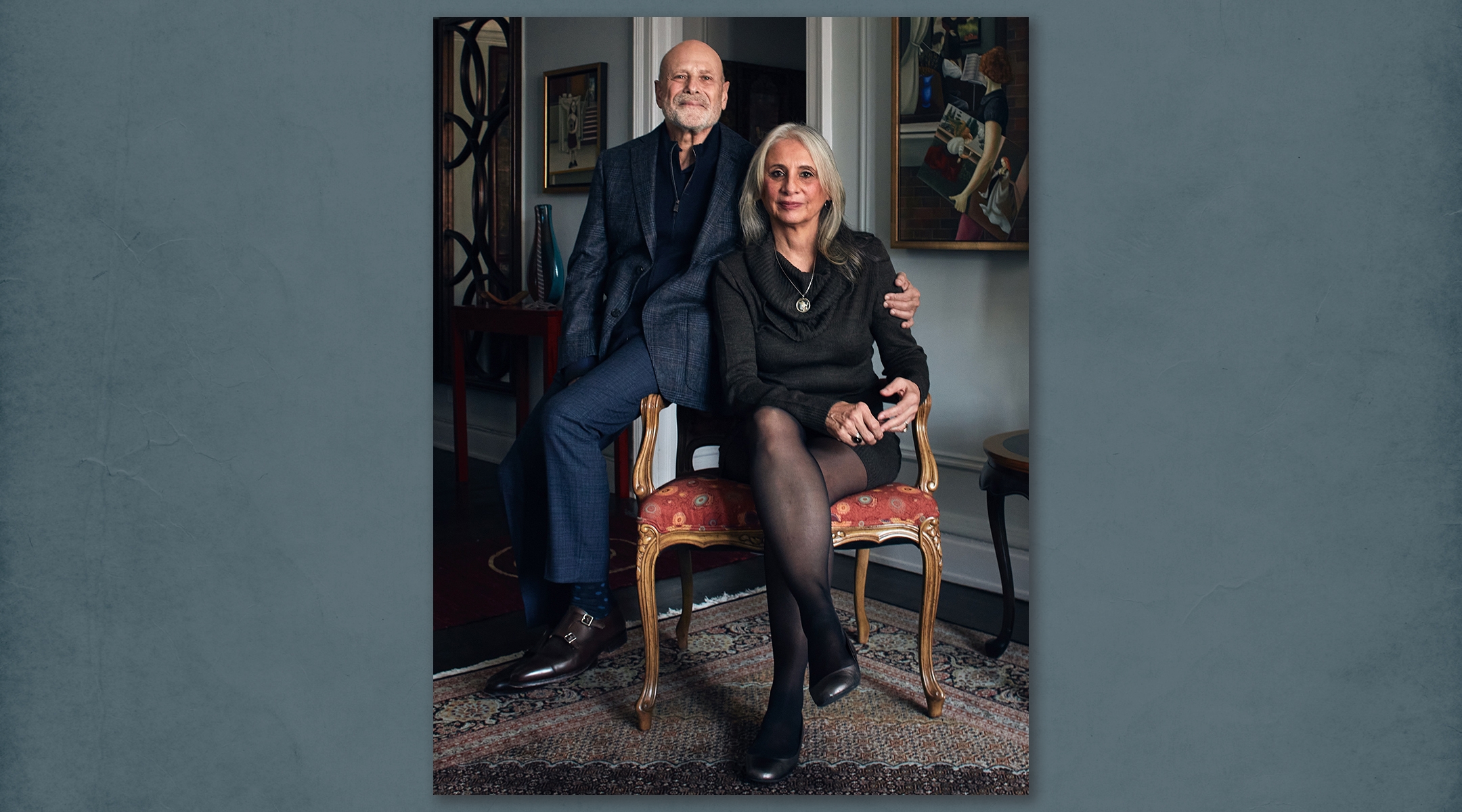 Barry and Barbara Rosen have spent the last four decades reliving the trauma of their experience while also advocating for hostages worldwide. (Frankie Alduino)

“It’s a story of perseverance,” Rosen told the New York Jewish Week in a Zoom interview from his apartment in Morningside Heights. “You look back and you say, ‘oh my God was that me? Was that us?’ It was so long ago but also the pain of it is very self-evident and it is still near in many ways.”

As a hostage in Iran, Rosen faced mock executions, days in complete darkness — what he calls “modern state-sponsored terrorism.”

Meanwhile, in Brooklyn, his wife Barbara Rosen found herself at the center of media attention as she advocated for her husband’s release. She and their two young children, Alexander and Ariana, woke up every morning to an onslaught of press ready to exploit her every move, though she had no information about Barry or the situation in Iran.

“It is part of my DNA. I feel personally responsible [to tell my story],” Barry said, sitting beside Barbara. “I was the first member of this honorary group of hostages taken by Iran and I feel that we owe every hostage something so that they can escape that horror.”

“Taken Hostage” tracks America’s connection with the politically volatile Iran, beginning with a 1953 coup d’etat to depose Iran’s Prime Minister Mohammad Mosaddegh, organized in part by the CIA. The shah consolidated power, modernized the country and maintained strong relationships with the West, especially the administration of President Jimmy Carter, but maintained a fearsome and dictatorial reputation among the citizens of Iran.

The documentary traces the story of the revolution and the establishment of power by Khomeini, who undid the Westernization of the previous decades and declared the country the Islamic Republic of Iran.

Along with Rosen, the documentary features Gary Sick, who was a member of the National Security Council at the time and discusses what it was like to navigate the hostage crisis from inside the White House. Foreign correspondents Hilary Brown and Carole Jerome describe risking their lives to report on the crisis from Tehran.

Rosen was one of three Jewish hostages, and though Barbara did not publicize his Judaism out of fear for his safety, American synagogues and Jewish organizations managed to send him mail.

After a year in captivity, Rosen appeared to the public via broadcast and wished his family a Happy Hanukkah. “I really wanted to make sure the American Jewish community knew that I was safe,” he said.

The hostages were released on the day of President Ronald Reagan’s inauguration on Jan, 20, 1981. The settlement unfroze nearly $8  billion of Iranian assets, terminated lawsuits Iran faced in America, and forced a pledge by the United States that the country would never again intervene in Iran’s internal affairs. 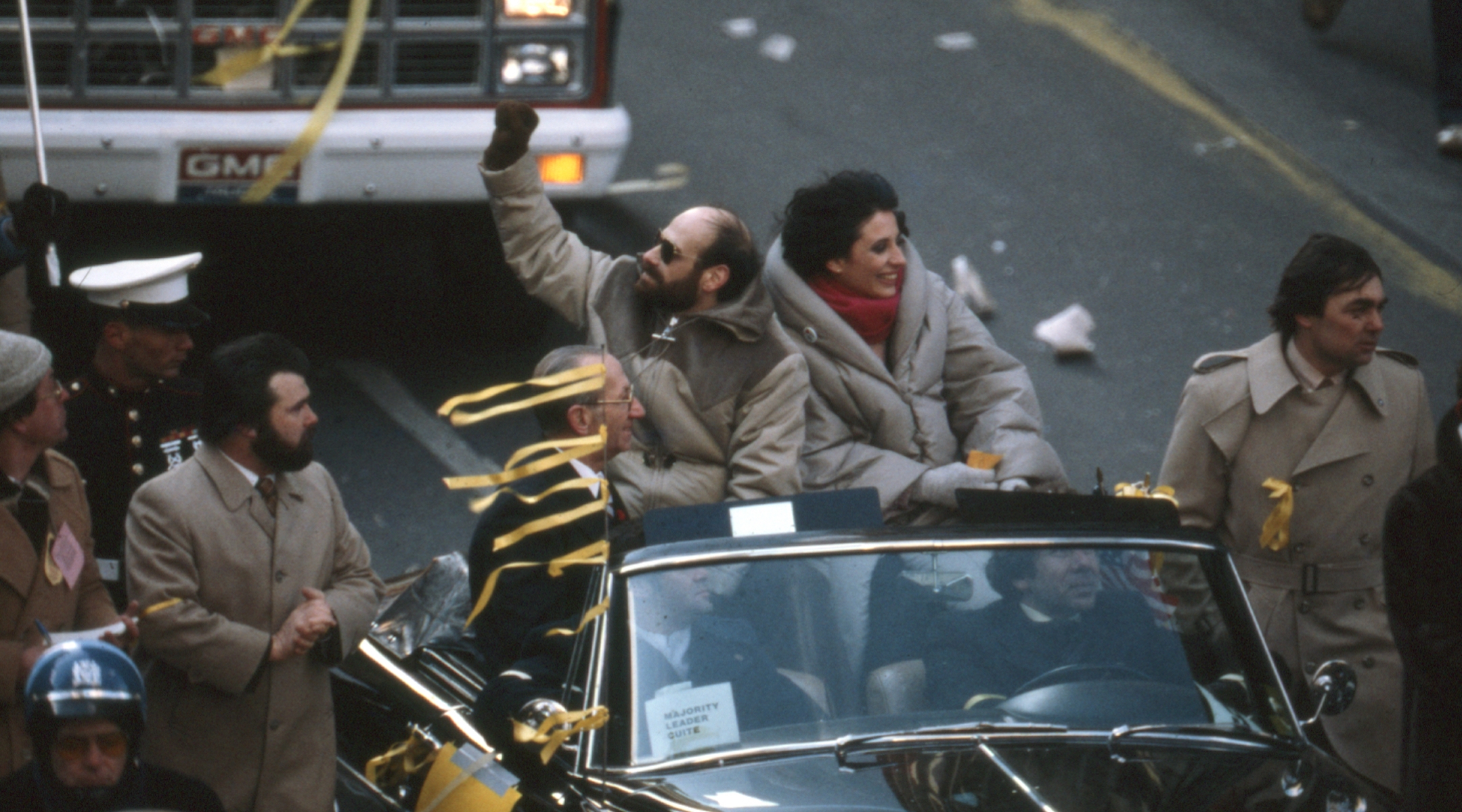 Returning stateside was complicated for Rosen, who suffered from PTSD and had to separate his love for Iran from the experience of what had happened to him.

What was waiting for Rosen was “a huge outpouring of love and support from everyday people in the United States,” he said. “I think that was the most joyful part of it. There’s no doubt about it that everybody in the United States thought they knew me. At least in New York, it seemed as if American New Yorkers looked at me as a New Yorker who went through the pain. So I think that was a tremendously helpful and healing thing.”

Both Rosens were disappointed with the behavior of the United States. “It was an embarrassment of the foreign policy establishment. They wanted to wipe it out immediately,” Barry recalled. “They never held Iran accountable for what it did.”

“There was so much that each of the people needed to do to heal, and then after a year, there was never any follow up on any kind of medical or psychological investigation,” Barbara said. “We were both very disappointed in our own government and the way we were treated.”

Barry went on to a career in research and education — he conducted a fellowship at Columbia University doing research on Iranian novelists, served as the assistant to the president of Brooklyn College, and eventually was named the executive director of external affairs at Teachers College at Columbia.

The Rosens, who now have four grandchildren, wrote a book about that period in their lives.

“Personally, I don’t like going back and thinking about it or reflecting on this. It wasn’t a very happy time. It was a difficult time in my life,” Barbara told the New York Jewish Week.

But the documentary, the Rosens said, manages to tell the story of the crisis while reminding viewers how deeply personal it was for those involved. It’s a lesson the Rosens have taken with them as they watched and experienced similar crises over the last few decades, from the war in Ukraine to unrest in Iran over the death in September of a woman who was detained for breaking the hijab law.

“All history is a personal event. Each thing that happens is happening to people,” Barbara said. “It was a story of people being plucked out of their normal jobs, their diplomatic life, the security of just feeling that you’re safe. All of a sudden, you’ve lost all of that. You’re tied up in a chair for a month and not allowed to speak to somebody. Families here had no idea what’s happening to their loved ones in Iran.”

“It’s easier for human beings to think about the abstract issue rather than the personal issue. Get into personal issues, people start to walk away, they feel uncomfortable,” Barry added.

Despite everything, Barry  still feels an attachment to the culture and people of Iran that he experienced in his early twenties, calling himself a “child of divorce” between the United States and its former ally, a relationship that he said he doesn’t see improving in his lifetime.

He also continues to tell his story because of his lifelong work with hostage victims around the world. Currently, there are three American hostages and more than a dozen international hostages in Iran. Barry works with Amnesty International, Hostage USA and Hostage Aid Worldwide to advocate for their release.

“I want to make certain that the American government and the American people stand by all those who were taken by Iran and all governments that take hostages, whether it’s China, Russia, Venezuela — but for me, especially Iran,” he said. “I say this because I really feel the need to make this an important issue. The American public needs to understand this very well. People’s lives are being taken away.”

“Taken Hostage,” an “American Experience” documentary, will air on PBS in two parts on Nov. 14 and 15. The film is also available to stream on pbs.org.