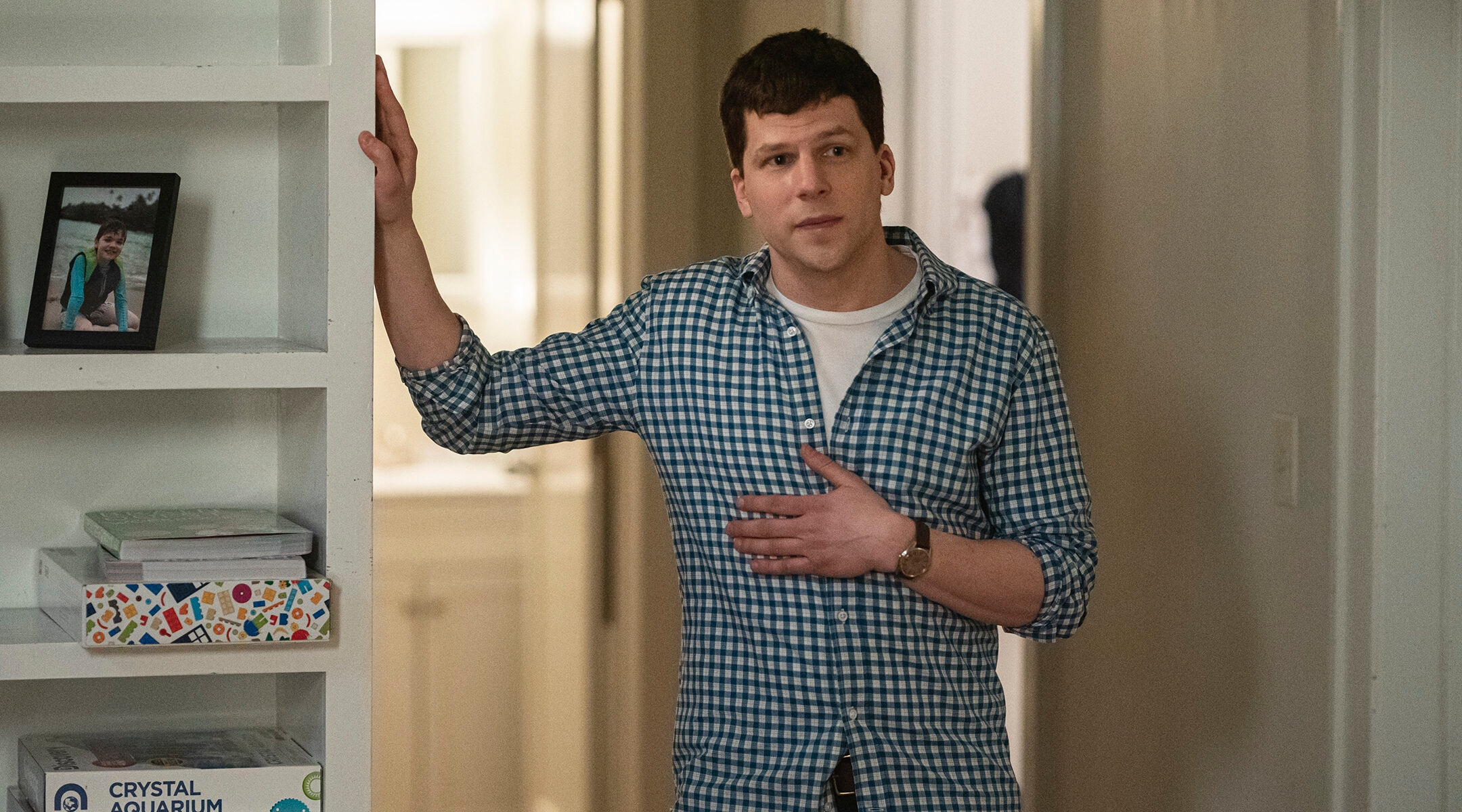 Jesse Eisenberg is Toby Fleishman in the Hulu adaptation of Taffy Brodesser-Akner's novel "Fleishman Is in Trouble." (FX Networks)
Advertisement

(New York Jewish Week) — “Fleishman Is in Trouble,” the 2019 best-selling novel that has been adapted into a TV series premiering on Hulu on Thursday, is set in a very Jewish New York City milieu and features plenty of Jewish references.

The book’s author Taffy Brodesser-Akner grew up in Brooklyn and has been inspired by the Jewish places and institutions that she has experienced.

Here are five from throughout her life and career that either show up in the “Fleishman” show or influenced her as she constructed the story.

Brodesser-Akner thinks of this “as a Jewish place for some reason.” Jews are the people of the book, after all, and among the books to have been written by Jewish authors in the library’s main branch on Fifth Ave. are “The Power Broker” by Robert Caro, “The Feminine Mystique” by Betty Friedan, “Ragtime” by E.L. Doctorow, and “A Great Improvisation,” by Stacy Schiff.

The show filmed a bat mitzvah scene at this Reform synagogue on the Upper East Side — and the series’ location scout didn’t know that Brodesser-Akner worked there while she was in college.

“I was like, I taught Hebrew School here!” Brodesser-Akner said.

This Jewish cultural center, which was founded in the 19th century, features in the book as the place where protagonist Toby Fleishman’s children go to camp. (A spot in its pre-school is so coveted that there’s a cottage industry of consultants who can try to get your kid in.) Rumor has it that it delayed rebranding itself to “92NY” until after the show had finished shooting.

The diner featured in “Fleishman” doesn’t have a name, but Brodesser-Akner said that B&H, an iconic kosher dairy restaurant on Second Avenue and Eighth Street in the East Village, was the inspiration. It was big news when a gas main explosion in the East Village forced the 70-plus-years-old B&H to close in 2015, and even bigger news when it reopened a few months later.

After high school, Brodesser-Akner studied at this university in Ramat Gan, Israel, not far from Tel Aviv. “I did it so that I could live outside of an Orthodox household for a year,” said the author, whose family had become followers of the Chabad Hasidic movement.

While Bar-Ilan is referenced in the book, in the “Fleishman” show, the main characters note that they all studied together at Hebrew University in Jerusalem.