A groundbreaking ex-Hasidic memoir is now an opera 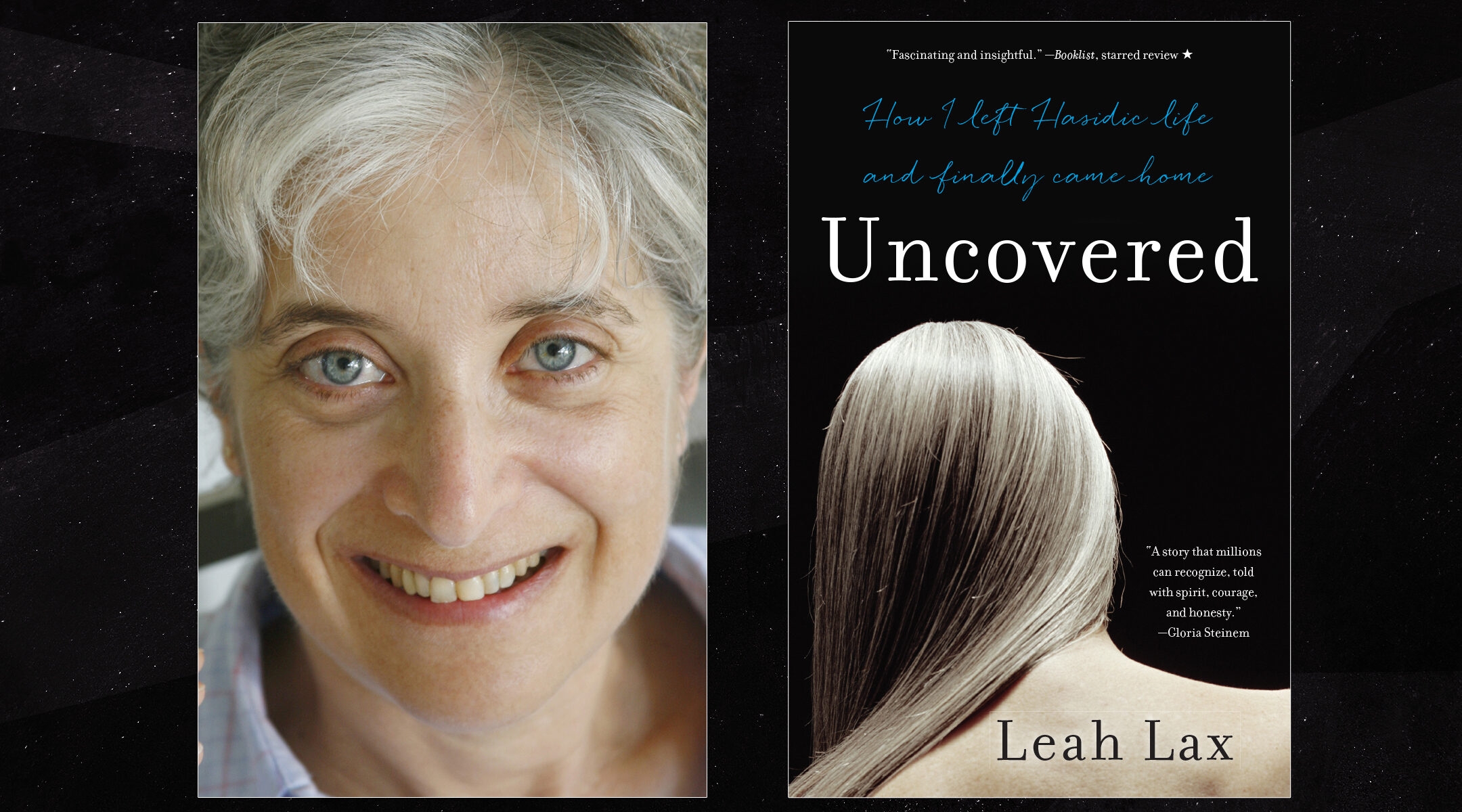 (New York Jewish Week) — As a Hasidic mom raising a family in Houston, Leah Lax had seven children ages 9 and under — including an infant, and a toddler with health issues, born just 11 months apart. When she found herself unexpectedly pregnant again, she realized she needed to have an abortion.

That scene — and the ensuing conflict with her husband, who viewed abortion as murder — is an emotional climax in “Uncovered: A Chamber Opera in One Act,” which is based on Lax’s acclaimed memoir, “Uncovered: How I Left Hasidic Life and Finally Came Home.” When the book was published in 2015, the New York Jewish Week called it “the first ex-Hasidic gay memoir.”

Raised in a secular Jewish family, Lax connected with the Chabad Hasidic movement at age 16 and married a grad student when she was 19. Today, Lax, 66, still lives in Houston, but with her wife, with whom she has been partnered for 17 years. Her children — some of whom have remained religious and some who have not — are spread around the country. Lax has 13 grandchildren “and counting,” she says with audible delight.

Lax wrote the libretto for “Uncovered,” as she has for other operas; the music was composed by Lori Laitman. Lax’s next book, “Not From Here,” is based on a libretto she wrote for Houston Grand Opera for which she spent a year interviewing dozens of refugees and immigrants in the Texas city. It is slated for publication in summer 2023 by Pegasus Press. Interviewing those people led Lax to realize that she felt like an immigrant to her own life, she said.

Lax and I have known each other since I reviewed the book “Uncovered” shortly after publication.

This interview was lightly edited for length and clarity.

New York Jewish Week: What did your eighth pregnancy represent?

Leah Lax: It was the wakeup call of my life. Before that I was inured to everything except following what I was expected to do. Before that my body didn’t belong to me. It belonged to God, and what is God? Halacha [Jewish law] is the voice of God.

Then I realized that this pregnancy could kill me. My body was telling me something that nobody else was hearing, and I realized that I am the authority of my body. I decided to get an abortion. When I told my husband it sparked a huge crisis. He said “If you do, I will divorce you.” To soothe him, I said let’s ask a rav [a rabbi]. I knew I would do it anyway, but if a rav said yes I wouldn’t be out on the street or lose my children [in a divorce]. The rav spoke to my doctor, who said he thought I was at risk. The rav came back and said, “You have to do this thing and do not speak of it to anyone.” Today Christian values have taken over the abortion issue and it really is stomping on our freedom of religion. [Most Jewish sources do not consider that life begins at conception, and Jewish tradition allows room to prioritize the life of the mother when there is a danger to her physical or emotional health.]

I had the abortion, but it came between my husband and me. He grieved and would not speak of it. I was alone with my secret.  But I was awake. I changed. That’s when I started writing. It set off a process that led me out the door.

You stayed in Houston, where you raised your family. What was it like to come out as gay and non-religious there?

I was having an affair with a woman. The whole community figured it out and erupted in gossip. I was followed. There’s a confrontation scene in the opera about it. I crossed town to be with my lover and didn’t come out formally until I moved out of the house and left the community. The community shunned me to the point where I began grocery shopping on Saturdays to avoid people. I had been the first- and third-grade teacher at their Chabad day school, and I lost those relationships. Now I’ve reconciled with many of them.

What impact did the publication of “Uncovered” have?

It caused tension with some of my religious kids. They were OK with our differences as long as it was private. Putting it in print, that radical freedom of speech was a departure for them. I really seek to heal that — we have, to some extent. Being an artist is an act of radical free speech. Artists are dangerous people. If I had it to do over again, I would talk it through with my children in advance. I didn’t know to prepare them for it, and I don’t know if it would have helped.

Writing it, I had to delve into memories and keep renewing that story. I became a person living both my past and present. It moved me forward. It led into the next project, “Not From Here: The Song of America,” this awareness of the past and how it forms us.

What do you want viewers to take away from “Uncovered” the opera?

I want my work to break down religious walls. I want people to find through this work that these issues that are looked as abstract by movements are personal and individual, whether it’s abortion, sexuality or religious choice. It is within us, or between us and God.