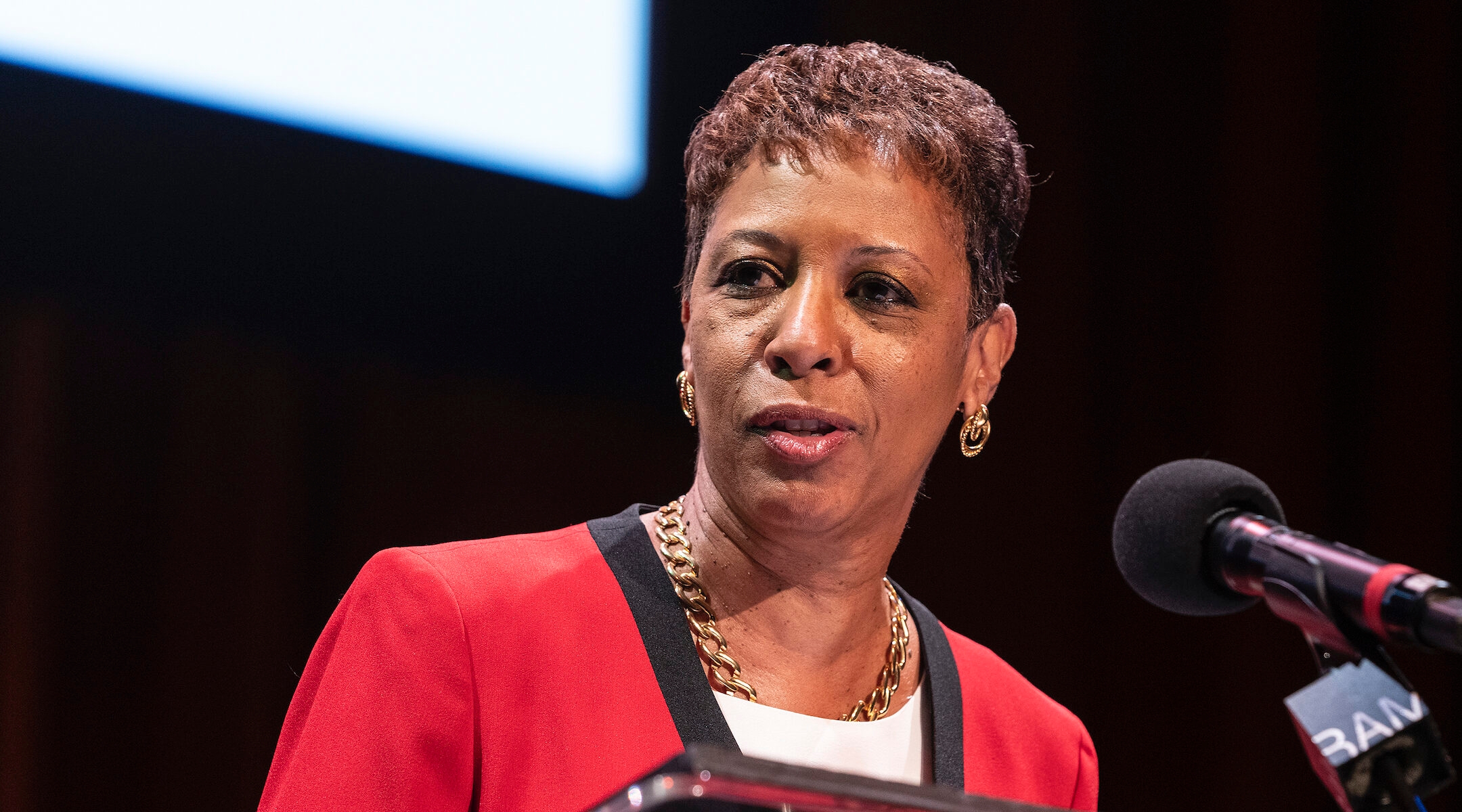 (New York Jewish Week) — The speaker of New York’s City Council said she supports her colleagues’ participation in an educational trip to Israel this week, one day after a Jewish news site asked why she was not taking part.

“I am proud that the Council’s Jewish Caucus has led a diverse delegation of members to Israel,” Council member Adrienne Adams said in a statement shared by the Jewish Community Relations Council of New York, which is sponsoring the trip. “I look forward to holding a roundtable with the Council members on the trip, that includes members of my leadership team, upon their return.”

Twelve City Council members are currently on the week-long trip to Israel, which the JCRC has been conducting for over 30 years as a way to introduce politicians to Israel and cultivate their support. On Monday, an article in the Forward noted that Adams is the first leader of the council not to lead the trip since the speaker’s position was created in 1986.

The Forward also noted that the Democratic Socialists of America, which includes four affiliated members on the Council, has urged members not to attend the trip. A progressive Jewish group, Jews for Racial & Economic Justice, has also discouraged participation in the trip, telling the Forward that “the trip fails to be in any way evenhanded” and does not “show the reality of state and settler violence against Palestinians.”

The trip typically draws about a dozen Council members.

In its statement, the JCRC said the “itinerary is designed to introduce Israel in all its complexity while focusing on bridge-building and community partnerships. Participants will meet with leading Israeli and Palestinian scholars, NGO officials, representatives from civil society organizations, scholars, journalists, activists and high level public officials from a wide variety of backgrounds.”

The trip includes stops in largely Arab East Jerusalem and the Palestinian city of Ramallah in the West Bank.

Council member Eric Dinowitz, who heads the Jewish Caucus, is leading the trip, which concludes next Tuesday.

Adams did not indicate that she had any qualms about taking part in the trip. An unnamed council spokesperson told the Forward that Adams decided it was “prudent” to remain in New York to focus on budget and pandemic issues. Adams, who served as the co-chair of the Black, Latino and Asian Caucus, represents the Queens neighborhoods of Jamaica, Richmond Hill, Rochdale Village and South Ozone Park.