Vote for Bush against terror 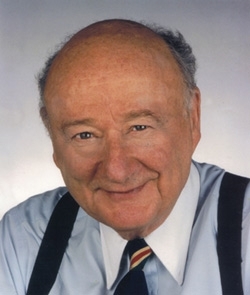 NEW YORK, July 15 (JTA) — I support the re-election of President George W. Bush. Why? Because I believe one issue overwhelms all others: the president’s strong commitment to fight the forces of international terrorism, regardless of how much it costs or how long it takes to achieve victory. I do not agree with President Bush on a single major domestic issue, but in my view those pale in comparison with the threat of international terrorism. Osama bin Laden and Abu Musab al-Zarqawi, the evil poster boys of mass murder, are revered and supported by millions of Muslims throughout the world. The stated goal of Al-Qaida and its supporters is to kill or convert every infidel — and that means Jews, Christians, Buddhists and anyone else who will not accept Islam’s supremacy. These terrorists are convinced that non-Islamic nations do not have the will or courage to persevere in this struggle, which could last for decades. They believe democracies are weak-willed and ultimately will yield to whatever demands are made on them. By withdrawing their troops from Iraq in response to terrorist attacks or the threat of violence, Spain and the Philippines already have shown that, tragically, terror tactics — including suicide attacks, car bombings and the beheading of innocent civilians — do work. Al-Qaida also intends to destroy moderate Muslim governments that want to live in peace with countries that are not Islamic. Shortly after the Sept. 11, 2001, terrorist attacks, Bush announced his commitment to the struggle against Islamic fanatics who believe they can destroy the values of Western civilization and democratic governments everywhere. On entering this war against terrorism, Bush said, “We shall go after the terrorists and the countries that harbor them.” This Bush Doctrine rivals in importance the Monroe Doctrine, which limited the colonization efforts of foreign powers in the Western hemisphere, and the Truman Doctrine, which contained the spread of communism. Bush has proven that he is prepared to keep to his commitment to fight terrorism. If Sen. John Kerry (D-Mass.) were to win this presidential election, would he stand up to terrorism to the same extent as George Bush? I don’t think so. Regrettably, my party, the Democratic Party, now has a strong radical left wing whose members often dominate the party primaries. Those same left-wing radicals have an anti-Israel philosophy, reviling a democratic state that shares the values held by most Americans. Kerry is a patriot who performed heroically in the Vietnam War. Regrettably, he surrendered his philosophical independence to the left wing in the recent Democratic primaries to prevail over the original darling of the radicals, Howard Dean. Kerry owes his nomination in large part to those Dean supporters and to the support of Sen. Ted Kennedy (D-Mass.). Kennedy sadly demonstrated his loss of any sense of decency with crude attacks on Bush using unacceptable, abusive language. The hatred deliberately stirred by Kennedy against Bush is contemptible and dangerous; it encourages the terrorists with whom we are at war and it incites the crazies in our own country. On July 9, a Kerry/Edwards fund-raising concert was held at Radio City Music Hall in New York City. During the concert, comedian Whoopi Goldberg engaged in unprintable, despicable sexual references to Bush and Vice President Dick Cheney, playing on the anatomical symbolism of their names. Even worse was Kerry’s “thank you” from the stage to all of the performers, saying that they conveyed “the heart and soul of our country.” Shameful. Now a comment about the war in Iraq. Most Americans understand that few, if any, wars go smoothly. Cast your mind back to the Revolutionary War, during which New York City was occupied by enemy forces for seven years, or the Civil War, in which Confederate armies won victory after victory on the battlefield, or even World War II, in which the Nazi menace was defeated at an enormous cost in human lives. Should we have gone to war with Iraq? I believe the answer is yes. During a daily briefing after Sept. 11, then-CIA Director George Tenet told the president that Iraq had the ability to wage chemical and biological war on the United States. He called the case for Iraq’s possession of weapons of mass destruction a “slam dunk.” Had the president not launched a pre-emptive war against Saddam, and if this madman subsequently had released biological agents in the United States or used poison gas, as he did against the Kurds and Iran, does anyone doubt Bush would have been impeached? The security agencies of nearly every democratic nation provided their president or prime minister the same description of Iraq’s weapons of mass destruction capability. The U.S. Congress had the same information and concurred with the president’s decision, and the U.N. Security Council unanimously concurred, passing Resolution 1441. But it was Bush who had the courage to take up arms in defense of the United States and our allies. That’s what leadership is all about. A poll released Wednesday by the Washington Post showed that 55 percent of Americans “approve of the way Bush is handling the campaign against terrorism,” and 51 percent said they “trust Bush more than Kerry to deal with terrorism, while 42 percent prefer the Democrat.” We also should not forget that Bush, in my opinion, has been the greatest friend Israel has ever had in the White House. At the U.N.’s Security Council and General Assembly, allies of the United States and others who are indifferent or hostile to our country have conveyed the view that if we end our alliance with Israel, the only democracy in the Middle East, they would welcome the United States back into their circle. But Bush has refused to abandon Israel. This November, we American Jews should remember our friends. We should thank Bush for his courage in the war against terrorism and for his strong and consistent support for Israel and democracy.Edward I. Koch is a former mayor of New York City and a partner in the law firm of Bryan Cave, LLP.